Washington: Indian American community leaders on Monday condemned the vandalism of a statue of Mahatma Gandhi in New York and said this is disrespect to Gandhi and Martin Luther King, two leaders who sought to eradicate hate.

A life-sized bronze statue of Mahatma Gandhi was vandalised in a New York City neighbourhood on Saturday, an act strongly condemned as 'despicable' by the Consulate General of India.

The eight-foot-high statue, located in Manhattan's Union Square, was defaced by some unknown persons, the consulate in New York had said.

"As an African American practitioner of the Hindu dharma, I am deeply offended that anyone would disrespect Mahatma Gandhi, who inspired MLK (Martin Luther King) to take up the mission of non-violence, which inspired major changes in society that are still positively impacting our lives today," said Balabhadra Bhattacarya Dasa (Benny Tillman), president of the Vedic Friends Association.

Utsav Chakrabarti, executive director of the HinduPACT said that this is not the first time that a statue of Gandhi has been vandalised in the US.

"In the past few years, statues of Mahatma Gandhi have been vandalised by groups aligned with radical Islamists and their sympathisers in South Asian communities," he claimed.

In January last year, unknown miscreants had vandalised, broken and ripped from the base a statue of Gandhi in a park in California, evoking a strong response from India which sought a thorough investigation and appropriate action against those responsible for the "despicable act." In December 2020, Khalistani-supporters had desecrated a Gandhi statue in Washington, DC in front of the Indian Embassy. Also in June 2020, some unknown miscreants vandalised the statue of Gandhi outside the Indian embassy in the US with graffiti and spray painting, prompting the mission to register a complaint with the local law enforcement agencies.

In a statement, Ajay Shah, convenor of the American Hindus Against Defamation (AHAD), said Gandhi and the freedom movement he spearheaded served as the inspiration for King and the American Civil Rights movement.

"The MLK Memorial in Atlanta, GA has an area dedicated to Mahatma Gandhi. It is no coincidence that Gandhi's statue was desecrated during the Black History Month. The perpetrators of this act and their sponsors are sending the message that they have not accepted peace, human rights, freedom and equality of all human beings," Shah said.

The largest number of Gandhi statues outside India are in the US.

The consulate had said that "the matter (the vandalism in New York) has also been taken up with the US State Department for immediate investigation and urged appropriate action against those responsible for this despicable act". 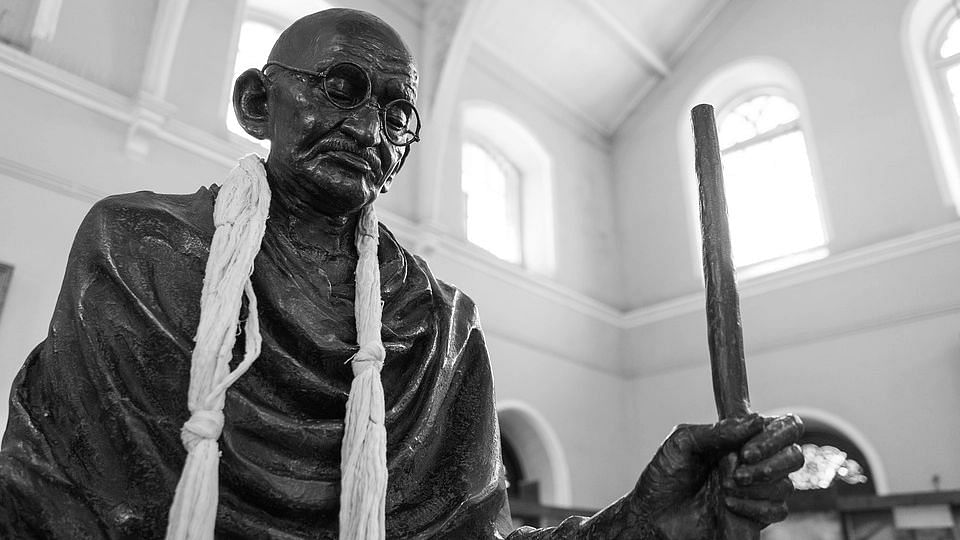