Local authorities said the school’s building was destroyed and people could remain under the rubble. There was no immediate word on casualties

People gather in a basement, used as a bomb shelter, during an air raid in Lviv, Western Ukraine, on Saturday, March 19, 2022 | AP

Authorities in the besieged Ukrainian port city of Mariupol said Russian forces bombed an art school in which 400 residents had taken shelter.

City officials say the building was destroyed on Saturday night, but the number of casualties was not yet known.

This follows the bombing of a theatre in Mariupol where civilians took shelter last week. Hundreds of people were trapped beneath rubble in a basement shelter.

Local authorities said the school’s building was destroyed and people could remain under the rubble. There was no immediate word on casualties. Russian forces on Wednesday also bombed a theater in Mariupol where civilians were sheltering, authorities have said.

“To do this to a peaceful city, what the occupiers did, is a terror that will be remembered for centuries to come,” Zelenskyy said in his nightly video address to the nation.

Mariupol, a strategic port on the Azov Sea, has been under bombardment for at least three weeks and become a symbol of the horror of Russia’s war in Ukraine. Local authorities have said the siege has cut off food, water and energy supplies, and killed at least 2,300 people, some of whom had to be buried in mass graves.

Russian forces have surrounded the battered city and pushed deeper into it in recent days. Heavy fighting shut down a major steel plant and local authorities pleaded for more Western help Saturday.

"Kinzhal aviation missile systems with hypersonic ballistic missiles destroyed a large storage site for fuels and lubricants of the Ukrainian armed forces near the settlement of Kostyantynivka in the Mykolaiv region," the Russian defense ministry said.

On Saturday, Russia claimed to have used a hypersonic ballistic missile for the first time since it began its invasion of Ukraine. The launch took place on Friday close to the border with Romania, who is a NATO member.

Hypersonic weapons can travel much faster than five times the speed of sound, making them difficult to detect and posing a challenge to missile defense systems. 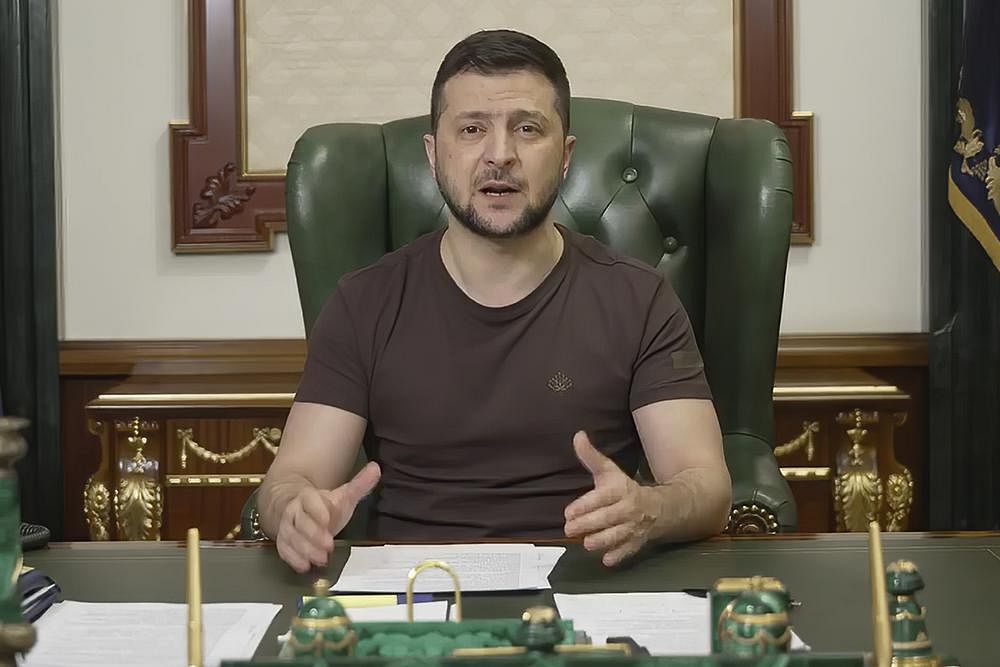