An Instagram account believed to be Ramos’ contained photos of guns and selfies of himself. The account, with the username “salv8dor_”, was taken down after Abbott released the name of the suspected mass shooter

Before going on his killing rampage, 18-year-old Salvador Ramos, had a chilling exchange with an acquaintance of his on Instagram.

Ramos, who attended the town’s high school, reportedly shot his grandmother before driving to the school armed with a handgun and possibly rifle.

A manager at a Wendy’s in Uvalde told The New York Times the Ramos worked there for a year and quit about a month ago.

An Instagram account believed to be Ramos’ contained photos of guns and selfies of himself. The account, with the username “salv8dor_”, was taken down after Abbott released the name of the suspected mass shooter. 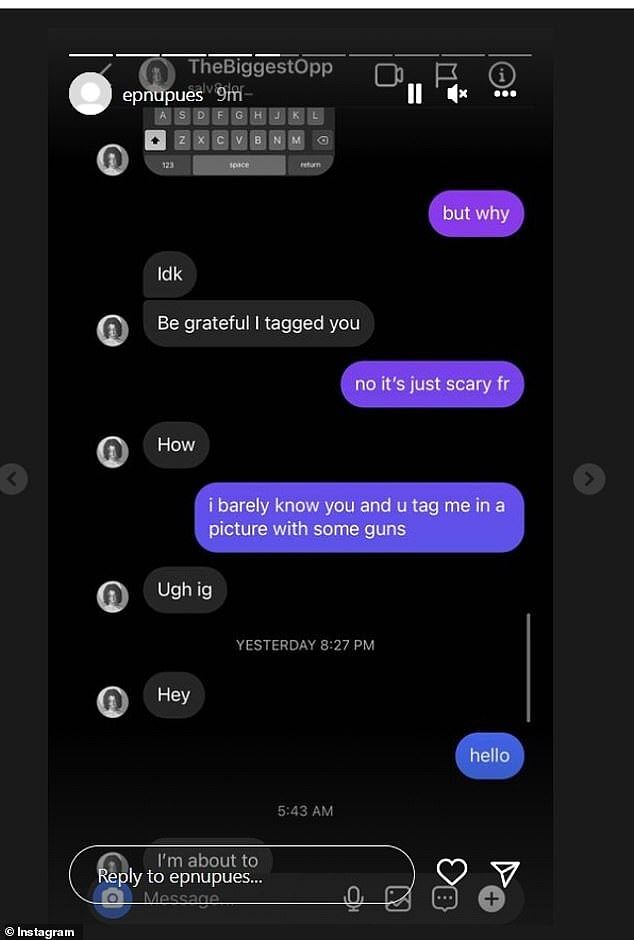 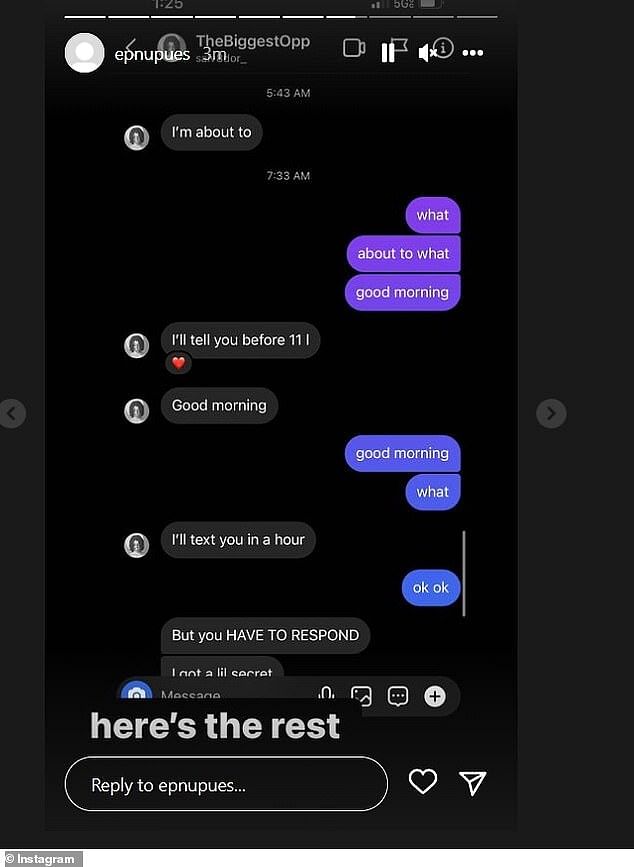 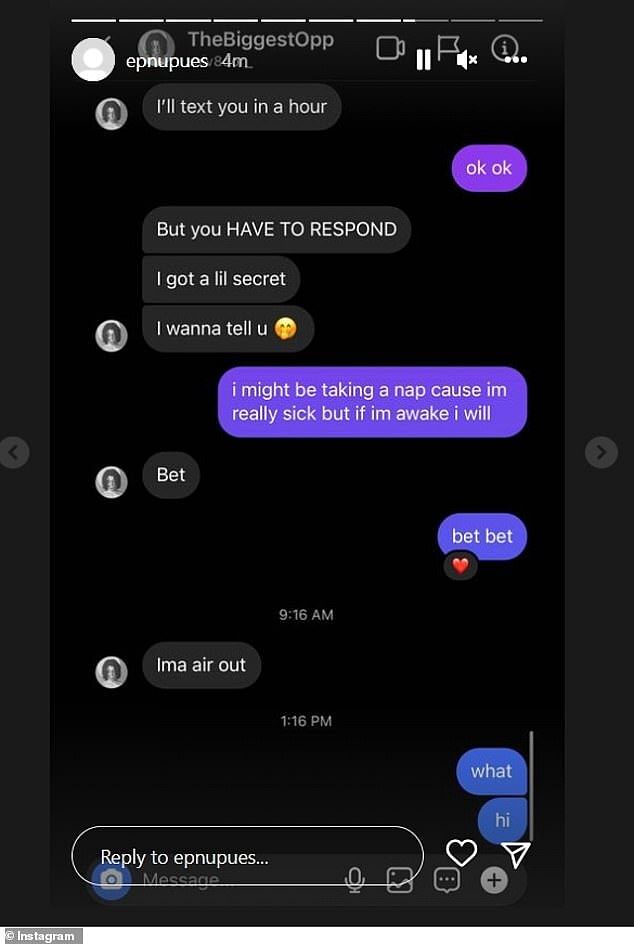 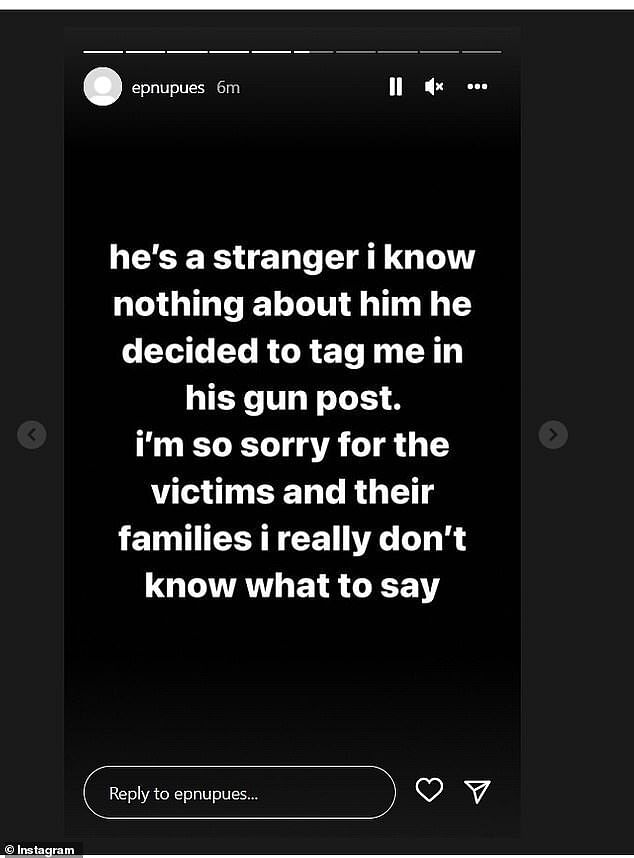 The account’s single grid post features three photos — a mirror selfie of Ramos in a sweatshirt, a grainy black-and-white close-up of his face, and a first-person shot of a person holding a firearm magazine in their lap.

The same account shared a photo of two rifles laying side-by-side to its stories. The account tagged another user in the photo.

The Instagram user, who said she doesn’t live in Texas, questioned why he tagged her in the pic of the rifles and said she found it scary that he tagged her.

“You gonna repost my gun pics,” @sal8dor_ direct messaged the girl on May 12.

“what your guns gotta do with me,” she replied on Friday.

“Just wanted to tag you,” he said back.

The girl asked “about to what” to which he answered, “I’ll tell you before 11.”

He said he’d text her in an hour and urged her to respond.

“I got a lil secret I wanna tell u,” he messaged with a smiley face emoji covering its mouth.

He then went on to murder 22 people, including 19 children and his own grandmother.

Read Also
Texas shooting: Reports claim that shooter was bullied as a child 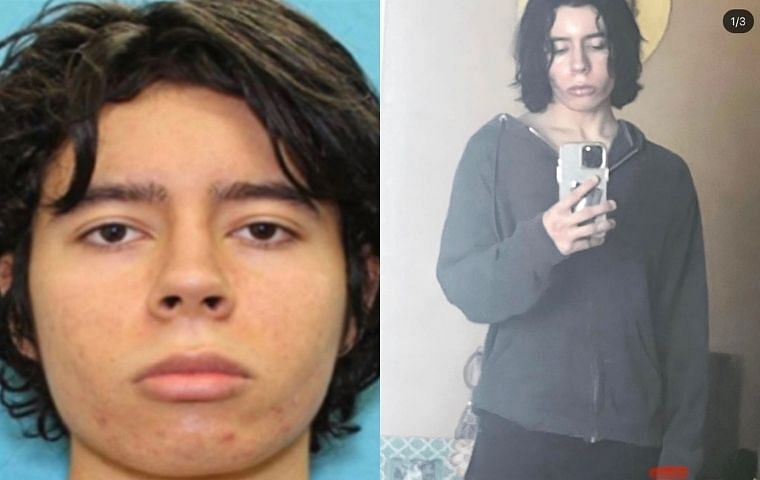