‘If it weren't for me, Hong Kong would've been obliterated in 14 minutes’, claims Trump 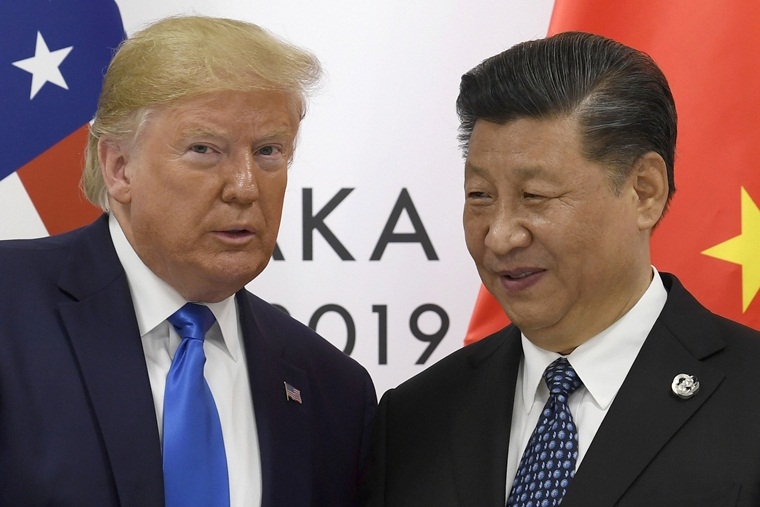 Washington DC [USA]: US President Donald Trump on Friday said that Hong Kong "would have been obliterated in 14 minutes" had he not used the pro-democracy protests in the semi-autonomous region as leverage in trade negotiations with China.

The president, during an interview with "Fox & Friends", said that he supported the pro-democracy protests in Hong Kong that has witnessed violent clashes between demonstrators and law enforcement officials in recent days, but also made it clear that the continuing unrest was a part of the ongoing trade talks between Washington and Beijing, The Hill reported.

"That's a complicating factor," Trump said of the protests "and if it weren't for me, Hong Kong would have been obliterated in 14 minutes. [Chinese President Xi Jinping] has got a million soldiers standing outside of Hong Kong that aren't going in only because I ask him please don't do that, you'd be making a big mistake. It's going to have a tremendous negative impact on the trade deal." The US House of Representatives on Wednesday voted nearly unanimously to pass the Hong Kong Human Rights and Democracy Act, a day after the Senate approved the bill by unanimous consent. Both chambers passed the legislation with a veto-proof majority. I have the right to speak, the freedom of speech: Donald Trump on impeachment hearings

The legislation would impose sanctions on individuals who commit human rights violations in Hong Kong and block them from entering the United States. It would also require the State Department to provide an annual report to lawmakers on whether Hong Kong remains "sufficiently autonomous" from China. Asked about the legislation on Friday, the President further indicated that he is supportive of the protesters but hoped to balance it during talks with his Chinese counterpart Xi Jinping.

The financial hub has already been pushed into a recession by the continuing turmoil. Trump has been reluctant to unequivocally speak out in support of the Hong Kong protesters. He has repeatedly said that he hopes the two sides can reach a non-violent resolution and claimed that his efforts to secure a trade deal with Beijing may have helped keep violence at bay.

Meanwhile, the Trump administration and China are negotiating a phase one trade deal that includes agricultural products, some intellectual property reforms, and digital services. The two sides were expected to sign it at a since-canceled summit last week, but it remains unclear when it will be finalised.