Meloni has criticized Italy's approach towards illegal immigrants, calling for a zero-tolerance policy

Italy's new right-wing leader Giorgia Meloni -- who has widely been called the most right-wing Italian leader since World War 2-era fascist dictator Benito Mussolini, addressed the Italian parliament for the first time on Tuesday, and used the opportunity to make good on one of her key campaign pledges -- taking aim squarely at the African migrants who cross the Mediterranean Sea on boats, looking for a better life in Europe.

"We must stop illegal departures and human trafficking," she said.

Read Also
Though extreme, Meloni has tempered her Eurosceptic instincts 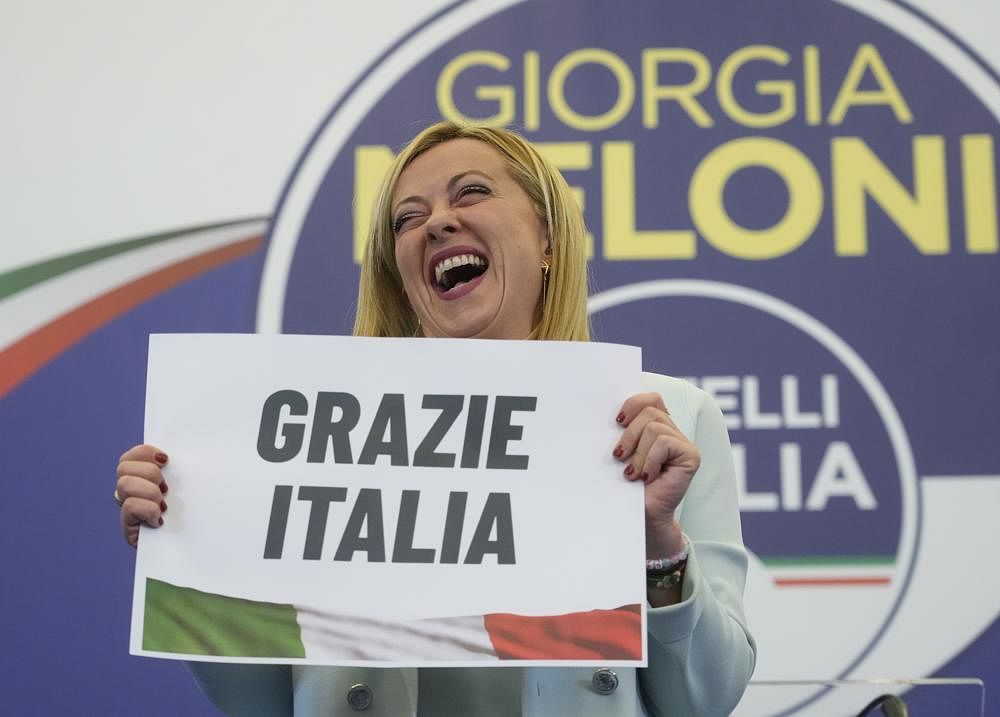 Meloni, 45, leads the Brothers of Italy party and has come to power at the head of a right-wing coalition.

"We do not intend in any way to question the right of asylum for those fleeing wars and persecutions," she told the lower house of parliament.

"All we want to do in relation to immigration is to stop the people traffickers from having the choice of deciding who enters Italy," she added.

Italy the focal point of the European immigration crisis

Due to geography, Italy has, for years, been a primary destination for illegal immigrants seeking to emigrate to Europe -- the Italian peninsula, and the adjacent island of Sicily, is the closest mainland Europe gets to the shores of North Africa.

More than 77,000 illegal immigrants have made the highly dangerous crossing to Italy this year, putting enormous pressure on local communities -- to say nothing of the fact that dozens, if not hundreds, are killed during the attempt every year.

The first three months of 2016 saw an increase in the number of migrants rescued at sea being brought to southern Italian ports. In April 2016, nearly 6,000 mostly sub-Saharan African migrants landed in Italy in four days. In June 2016, over 10,000 migrants were rescued in four days. Overall, in 2016, 1,81,100 migrants arrived in Italy by sea.

Meloni, for her part, has criticized Italy's approach towards illegal immigrants, calling for a zero-tolerance policy, and has said that she wants to blockade migrants from reaching Italian ports, and boost the birth rate of Italian nationals to ease the need for migrant labour.

She has linked immigration and crime, and refugee arrivals to human trafficking and prostitution. In August this year, she reposted a pixelized video on Twitter that shows a woman being raped by an asylum seeker.

The victim of the violence decried the publication of the video and said she was recognized by the video posted. After receiving backlash, Meloni defended herself by accusing other politicians of not having condemned the rape itself.

Meloni has blamed neo-colonialism for Africa's underdevelopment and the 2015 European migrant crisis, and she said she favours cooperation over what she termed France's neocolonialism.

She says she is opposed to the reception of non-Christian migrants, as well as to multiculturalism, and she has been accused of making xenophobic statements, as well as of Islamophobia.

However, her position on this issue is not unpopular in Italy -- During her maiden address to the parliament, she was greeted with a standing ovation and cries of "Giorgia, Giorgia!"