Germany: No handshake for Angela Merkel

When Merkel reached out to greet Horst Seehofer at a meeting on migration in Berlin, he smiled and kept both his hands to himself.
Agencies 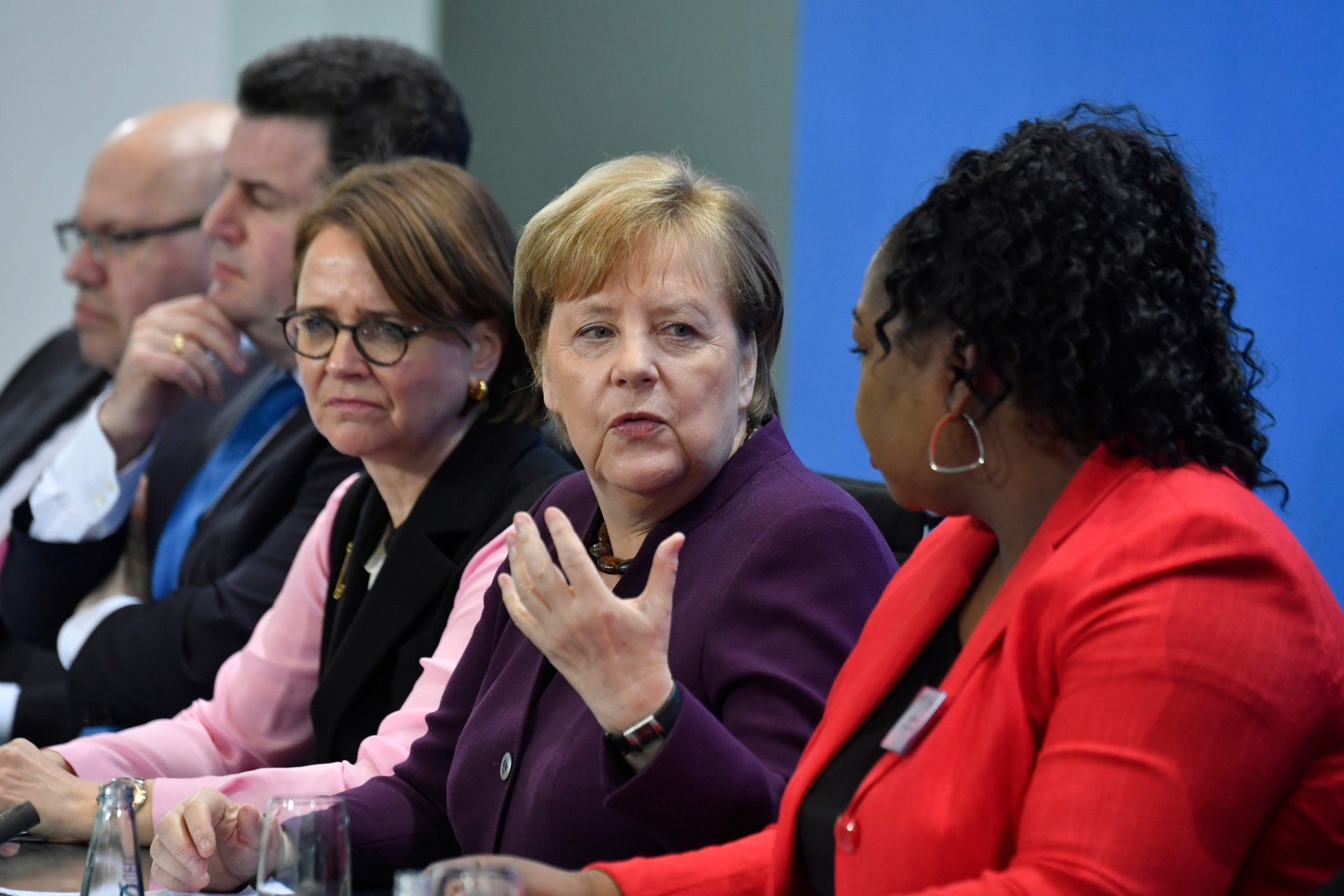 German Chancellor Angela Merkel (second from right) is hosting the summit, where politicians, scientists, representatives of the economy, the media, social associations and of the civil society meet to discuss issues of the country's integration policy. | AFP

Germany's interior minister rebuffed Chancellor Angela Merkel's attempt to shake hands with him on Monday as the number of novel coronavirus cases in the country rose to 150 with Berlin reporting its first infection.

When Merkel reached out to greet Horst Seehofer at a meeting on migration in Berlin, he smiled and kept both his hands to himself.

They both laughed and Merkel then threw her hand up in the air before taking a seat.

Health experts have recommended avoiding handshakes as a way of preventing the spread of the novel coronavirus.

There are now 150 confirmed cases in Germany, Lothar Weiler of the Robert Koch Institute disease control agency said on Monday morning up from 129 the previous day.

The alert level has been raised from "low to moderate" to "moderate," Weiler said, with authorities saying there was no need for drastic measures like border closure to stem the contagion.

The virus has now spread to 10 of Germany's 16 states, with more than half the confirmed cases in North Rhine-Westphalia.