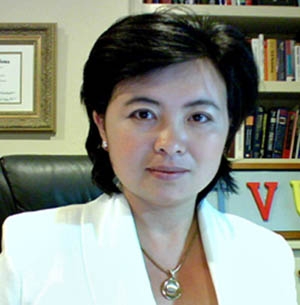 Washington : The founder of California-based Tri Valley University in the US, who destroyed the academic careers of several hundred Indian students, has been convicted on 31 counts including visa fraud by a federal grand jury, reports PTI.

Susan Xiao-Ping Su’s sentencing is scheduled for June 20. The guilty verdict followed a three-week jury trial before the Jon S Tigar, US District Court Judge in San Francisco. Through her illegal operations involving visa fraud and wire transfers Su made over $5.9 million through her operation of Tri-Valley University (TVU), prosecutors said. About 90 per cent of TVU’s students were from India.

She engaged in seven money laundering transactions using proceeds to purchase commercial real estate, a Mercedes Benz car, and multiple residences, including a mansion on the Ruby Hill Golf Club in Pleasanton, California each in her name.                 The investigation began in May, 2010 following a tip to federal investigators pertaining to irregularities at TVU.   Su was indicted by a federal grand jury in November, 2011.

She was charged with wire fraud, mail fraud, conspiracy to commit visa fraud, visa fraud, use of a false document, false statements to a government agency, alien harbouring, unauthorised access to government computers, and money laundering.

Evidence at trial showed that Su, 43, engaged in a two-year scheme to defraud the Department of Homeland Security (DHS) by submitting fraudulent documents in support of TVU’s petition for approval to admit foreign students and, after having obtained such approval, fraudulently issued visa-related documents to student aliens in exchange for “tuition and fees”.