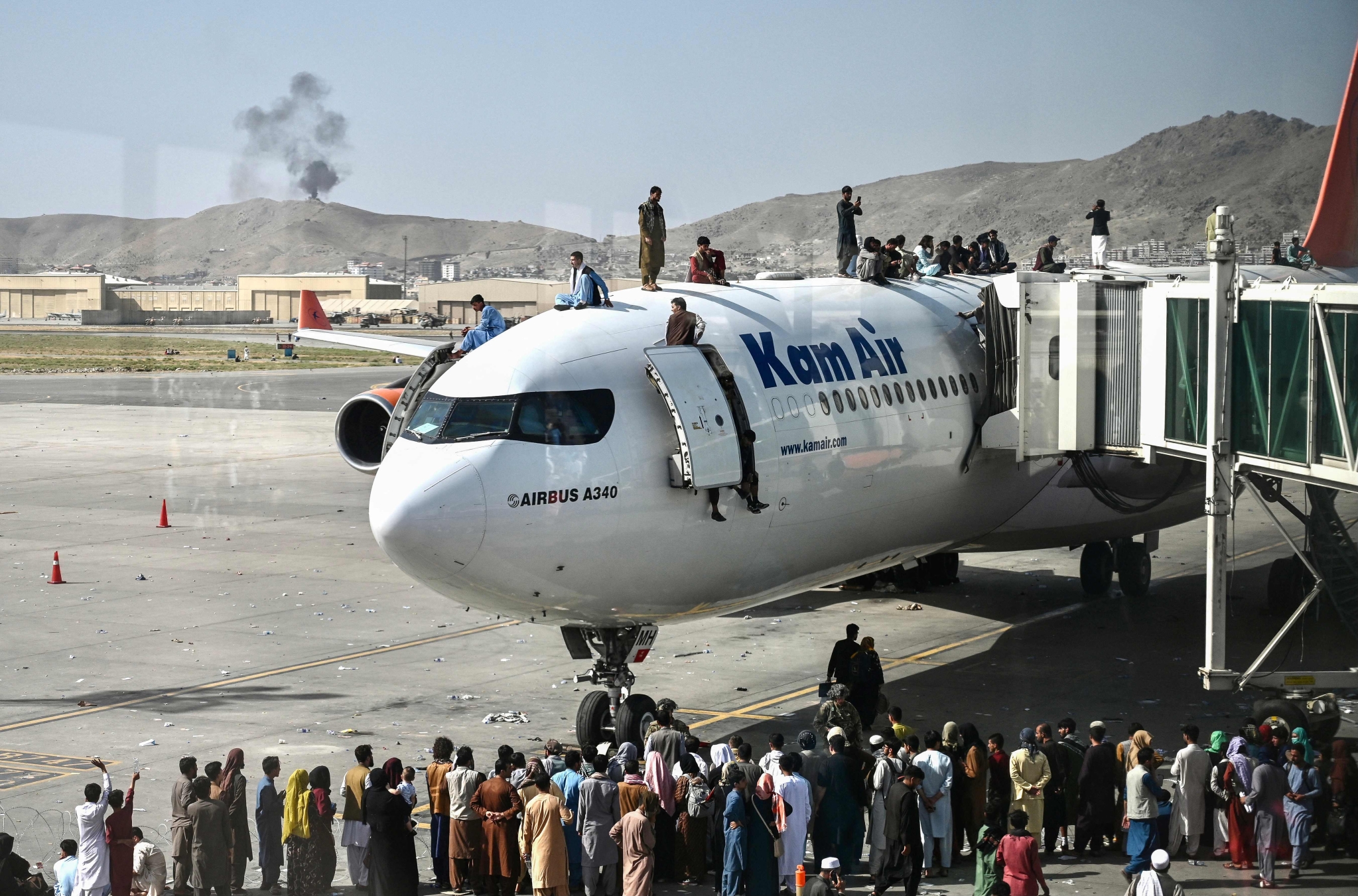 TOPSHOT - Afghan people climb atop a plane as they wait at the Kabul airport in Kabul on August 16, 2021, after a stunningly swift end to Afghanistans 20-year war, as thousands of people mobbed the citys airport trying to flee the groups feared hardline brand of Islamist rule. | (Photo by Wakil Kohsar / AFP)

The Kabul airport has become a picture of chaos and desperation after the fall of Afghanistan into the hands of the Taliban. As per the reports of Sky News, desperate Afghan women were seen throwing their infants over the razor wire of the airport compound. A senior British officer told Sky News that they can hear the sound of shouting, the noise of desperation, as thousands of people are flooding towards Kabul airport that will, for some, be the gateway to freedom -- and for many others -- the end of a dream of escaping the Taliban.

“It was terrible, women were throwing their babies over the razor wire, asking British soldiers to take them, some got caught in the wire,” he told Sky News. “I'm worried for my men; I'm counselling some, everyone cried last night,” added the officer.

The report of Sky News narrated that day and night families -- often with children -- have risked their lives, ducking past gunfire at the gates of the civilian side of the airport; passing aggressive Taliban, who occasionally beat and harass them.