HomeWorldDating apps: Why the online ways of finding 'love' is losing 'interest' in Gen Z

Dating apps: Why the online ways of finding 'love' is losing 'interest' in Gen Z

After the recent Shraddha Aaftab murder case, there is a dark shadow that is cast over the overall experience the users may be going through while using these dating apps.

Though it's easy to find 'love' online, the apps have lost their shine in Gen Z. |
Follow us on

It is not necessary that a couple that met through "dating apps" stay in a long-term and healthy relationship. In one recent case, a "virtual" live-in relationship between Mumbai food blogger Aaftab Amin Poonawala and aspiring journalist Shraddha Walker ended gruesomely when the boy killed and chopped the girl's body into 35 pieces before disseminating them in a Delhi forest.

But, as dating apps are simple and popular ways to connect and find "love," And, due to these features, they have generated "interest" in India. Generation Z and Millennials heavily rely on these apps to find their partners. However, experts have opined against finding your interest "virtually."

No guarantee that the individual's other side has a clear image

Because there is no guarantee that the individual's other side has a clear image and the app has no way to cross-check the individual,But, since it is less time-consuming, packed with options, and easily accessible, the market for dating apps in India remains open. Meanwhile, some dating-app relationships succeed while others fail miserably.

This is not the first time that online dating apps have come under scrutiny. Tinder Swindler, a riveting Netflix documentary released earlier this year, shed light on the dark side of online dating. Unlike the heinous incident involving Aaftab, this conman was only interested in money.

In the West, however, the situation is diametrically opposed. According to a recent media report published on "Timeout.com," dating apps have been having a difficult time since their inception in London.

It is very simple to connect with people using these apps. It's not unlike using a social media platform. Anyone who wants to use these apps can do so very easily. Still, Gen Z has certainly lost interest in using these apps and is now willing to connect people more "actually" than "literally," and they are enjoying it.

Why dating apps are entering their flop era

Despite the fact that 74% of Gen Z and Millennials use dating apps, it's safe to say we're sick of them. According to Tylt research, 84 percent of millennials prefer to find love "in real life" rather than online. The portal reveals the London dating scene in one word, and these are some of the responses: tough, brutal, unpredictable, messy, minefield, and even cess pit.

How apps are rotting our brains

Apps have not only made people flakier, lazier, and finding a date more difficult; they are also demonstrably bad for us. They're damaging our perceptions of other people and messing with our brains by effectively encouraging us to 'catalogue shop for humans,' as McNeil Love puts it.

No matter how 'liberating' dating apps can be, they also cause a significant amount of 'suffering' for users.

Apps are also'subduing the mystery of romantic alchemy to the scientific work of data,' so instead of going home with the cute person we met in a bar, we're now having stale dates with people a scientific algorithm picked out for us, based on our own poor judgement.

According to Eventbrite data, face-to-face dating events have increased 400% in the last four years. While the thought of having forced conversation with 30 strangers while others watch may make you want to crawl into a dark hole and shrivel up, there are people trying to liven up the scene. London has given birth to a new breed of modern, inclusive, and enjoyable speed dating. 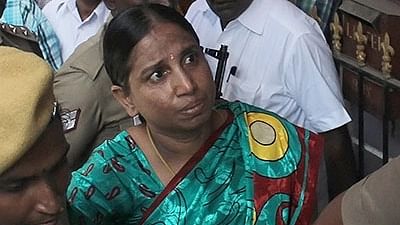