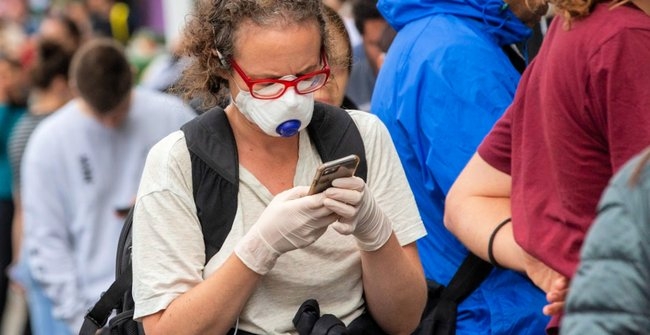 The death, a man in his 80s with underlying health conditions, marked a grim milestone for the country which has had to pause some parts of a staged reopening after nearly two years of stop-start lockdowns, due to the fresh outbreak.

New South Wales, the country's most populous state, reported 6,324 new infections Monday, a fall of 70 from the record number a day before. There were 524 people in hospitals, including 55 in intensive care.

The man was among six COVID-19 deaths reported in Australia the previous day, all in the most populous states of NSW and Victoria, which are home to more than half the country's 25 million population.

With this, a total of four countries have reported deaths from the new Omicron variant.

Germany on Thursday reported its first death from the Omicron variant of coronavirus, confirmed the Robert Koch Institute for Infectious Disease.

The person was between the age of 60 and 79, the Institute said.

The United Kingdom (UK) was the first country to report death due to the Omicron. Reportedly, it now has recorded 12 deaths due to the new variant of COVID-19.

The United States (US) has meanwhile reported one death due to Omicron. A man in the US state of Texas, who was in his 50s, was unvaccinated and had previously been infected with COVID-19, according to a release from Harris County Public Health. As Germany reports first death from Omicron, here is full list of countries that have seen...