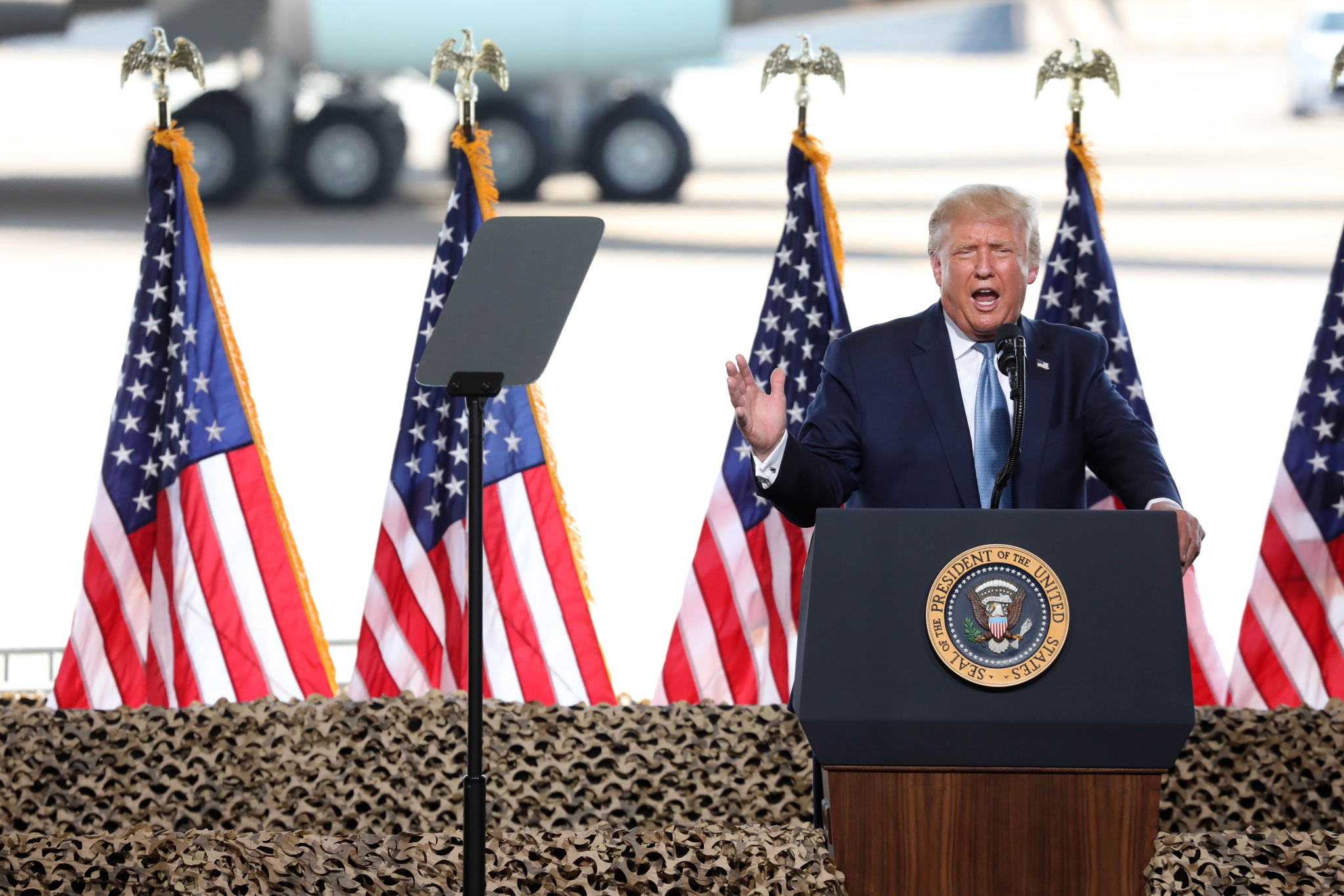 Former US president Bill Clinton has launched a scathing attack on Donald Trump, saying the Oval Office under him is a chaotic "storm centre" instead of being a "command centre" and for him the presidency is about spending hours a day watching TV and "zapping" people on social media and not taking responsibility for his actions.

"Donald Trump says we're leading the world. Well, we are the only major industrial economy to have its unemployment rate triple," Clinton said in his address to the 2nd day of the 2020 Democratic National Convention that formally nominated former vice president Joe Biden as the party's presidential candidate.

Clinton said a presidential election is the world's most important job interview and this year the election is a "tall order" given that the COVID-19 outbreak has killed over 170,00 people and destroyed millions of jobs and small businesses.

"At a time like this, the Oval Office should be a command centre. Instead, it's a storm centre. There's only chaos. Just one thing never changes-his determination to deny responsibility and shift the blame. The buck never stops there," Clinton said, Slamming Trump's response to dealing with the pandemic, Clinton said at first the US President said the virus was under control and would soon disappear.

"When it didn't, he was on TV every day bragging on what a great job he was doing, while scientists waited to give us vital information. When he didn't like the expert advice he was given, he ignored it." Lamenting that COVID-19 hit Americans much harder than it had to, Clinton, 74, said only when coronavirus exploded in even more states did Trump encourage people to wear masks.

"By then many more were dying. When asked about the surge in deaths, he shrugged and said, 'It is what it is'. But did it have to be this way?" Clinton said as Americans head into the election, they have to decide whether to renew Trump's contract or hire someone else.

"If you want a president who defines the job as spending hours a day watching TV and zapping people on social media, he's your man. Denying, distracting, and demeaning works great if you're trying to entertain and inflame. But in a real crisis, it collapses like a house of cards." "You know what Donald Trump will do with four more years: blame, bully, and belittle. And you know what Joe Biden will do: build back better," the two-time former president said.

Voicing his support for Biden to be next US President, Clinton said the Democratic party is united in offering Americans a very different choice: "a go-to-work president. A down-to-earth, get-the-job-done guy. A man with a mission: to take responsibility, not shift the blame; concentrate, not distract; unite, not divide." "It's Trump's 'Us vs. Them' America against Joe Biden's America, where we all live and work together. It's a clear choice. And the future of our country is riding on it," Clinton said.

Clinton said Biden is committed to building America back again and has given smart detailed plans to invest in areas vital to America's future: innovative financing for factories and small businesses; good jobs in green energy and conservation to combat climate change.

US President Donald Trump's campaign has called Democratic presidential nominee Joe Biden and his Indian-origin running mate Kamala Harris the two "most spineless, career politicians ever", and that their candidature indicated the formal takeover of the Democratic Party by the radical left.

"The future of our great nation rests in the outcome of this election, and we need to come out in full force on Election Day to deliver four more years to President Donald J Trump," said Kimberly Guilfoyle, national chair of Trump Victory Finance Committee.

"Joe Biden and Kamala Harris, two of the most spineless, career politicians ever are campaigning on the most radical platform in American history and it is a critical threat to our country," alleged Guilfoyle at a virtual event hosted by the Trump campaign on Tuesday.

"Someone should have explained to Joe Biden that he is now the official nominee of the Democrat Party, meaning his supervisors from the radical left are now formally in charge," said Tim Murtaugh, Trump 2020 communications director.

"The Democratic National Convention has exposed what the Left truly thinks of America: That we are an irredeemably awful country that must be handed over to the socialist mob to be saved," said Lara Trump, Trump 2020 Senior Advisor.