Beijing is racing to track a Covid-19 outbreak that may have been spreading in the capital for a week, city authorities said, raising the prospect more stringent restrictions could soon be implemented in line with other Chinese cities, the media reported.

"The city has recently seen several outbreaks involving multiple transmission chains, and the risk of continued and undetected transmission is high. The situation is urgent and grim," municipal official Tian Wei told reporters. "The whole city must act immediately."

The pressure to contain the outbreak in the capital comes as cases continue to grow in Shanghai, despite a failed weeks-long lockdown that has brought the financial hub to a halt. The city reported more than 20,000 new cases on Saturday, according to national figures released on Sunday morning.

Shanghai officials on Sunday also announced 39 new deaths among Covid-19 patients. That marks a record high since city officials first reported fatalities in the city's on-going outbreak on Monday, though questions have been raised about whether the numbers account for all fatalities, CNN reported.

In Beijing, authorities mobilized to curb transmission as more than 20 cases were detected in the capital over a period from midnight Friday morning to 4 p.m. Saturday afternoon, officials said. One middle school where multiple cases were detected was shuttered on Friday, with students and teachers in the district required to take several Covid-19 tests over the coming week.

Several residential communities in the same district were also placed under "control management," according to state media, using a term that typically means residents are barred from leaving the area while they undergo testing.

Officials also warned parents against travel outside the city due to the risk of bringing back infection, CNN reported.

Screening would also be upped in tour groups, after cases were detected among a group of mainly elderly tourists who were now under quarantine, officials said. At least one village in a suburban district of Beijing linked to a positive case was closed down as mass testing was carried out. 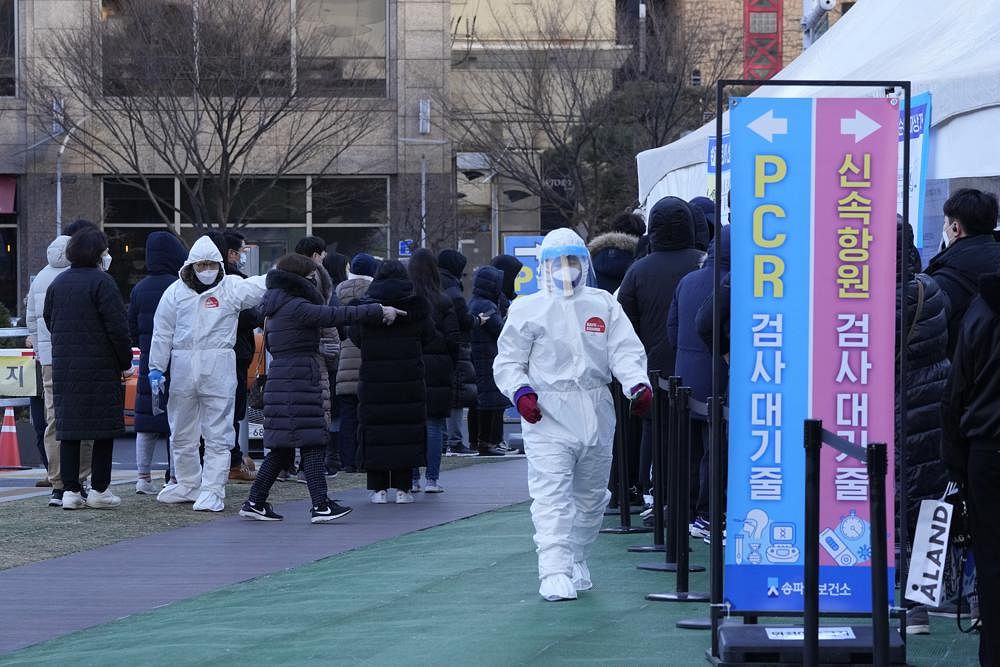