An army soldier tries to calm down people demanding fuel at a fuel station in Colombo, Sri Lanka, on Monday, June 27 | AP

Sri Lanka is sending two ministers to Russia to negotiate for fuel, which the Indian Ocean island nation has almost run out of as its economy has collapsed.

Power and Energy Minister Kanchana Wijesekera said the two ministers are scheduled to leave for Russia on Monday to continue in-person talks that Sri Lanka has been having with Russian authorities to directly purchase fuel, and to discuss related issues.

He urged people on Saturday not to line up for fuel, saying new shipments would be delayed due to "banking and logistics reasons."

Fuel reserves were sufficient to meet less than two days' demand and it was being reserved for essential services, Wijesekera said while apologising for the situation.

The state-run Ceylon Petroleum Corporation on Sunday hiked the price for diesel by 15 per cent to 460 rupees ($1.27) a litre and petrol by 22pc to 550 rupees.

Since the beginning of the year, diesel prices have gone up nearly four-fold and gasoline has almost tripled.

Wijesekera said there would be an indefinite delay in getting new shipments of oil and urged motorists not to queue up until he introduces a token system to a limited number of vehicles daily.

Since Russia’s invasion of Ukraine in late February, global oil prices have skyrocketed. While Washington and its allies are trying to cut financial flows supporting Moscow’s war effort, Russia is offering its crude at a steep discount, making it extremely enticing to a number of countries.

The shortages have led to protests against the government, recently to demand fuel and the government has deployed armed troops in addition to police at every fuel station.

Sri Lanka says it’s unable to repay $7 billion in foreign debt due this year, pending the outcome of negotiations with the International Monetary Fund on a rescue package. It must pay $5 billion on average annually until 2026. Authorities have asked the IMF to lead a conference to unite Sri Lanka’s lenders.

Unable to repay its $51 billion foreign debt, the government declared it was defaulting in April and is negotiating with the International Monetary Fund for a possible bailout.

Sri Lanka's official inflation at the end of May was 45.3pc, according to official data, but private economists have placed it at 128pc, the second-highest in the world after Zimbabwe. 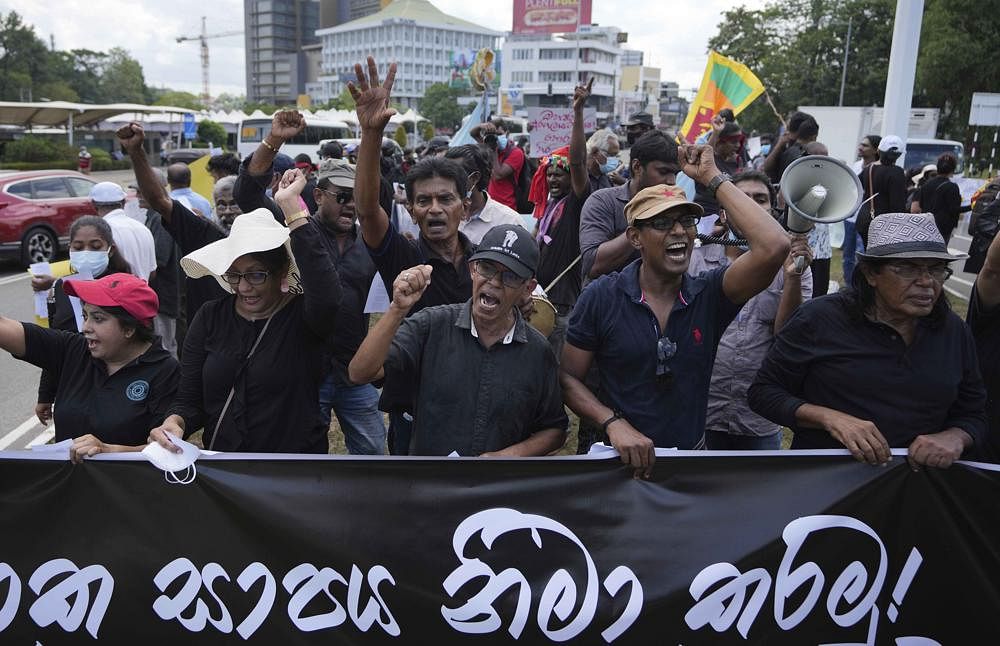