Along with the vandalism of the temple, anti-India slogans were written on its walls and slogans of “Khalistan Zindabad” were also raised.

Australia: ISKCON temple vandalised in Melbourne; 3rd incident in 11 days |
Follow us on

Melbourne: Amid the ongoing vandalisation series of incidents in Australia's Melbourne, ISKCON temple in city's Albert Park was vandalised by a group of Khalistan supporters on Monday morning. This is the third incident of vandalisation reported within 11 days.

Along with the vandalism of the temple, anti-India slogans were written on its walls and slogans of “Khalistan Zindabad” were also raised.

Temples being vandalised earlier too

Another temple in Melbourne was vandalised by the Khalistan supporters on Jan 17.

According to a report in Australia Today, the vandalism of the historic Shri Shiva Vishnu Temple in Carrum Downs was allegedly done by the miscreants. Anti-India and anti-Hindu graffiti was painted near the temple premises during vandalisation.

Earlier on Jan 12, Khalistan supporters allegedly attacked and vandalized a Hindu temple in Melbourne, Australia. The BAPS Swaminarayan Mandir in Melbourne's northern suburb of Mill Park had unsightly pictures painted on its walls.

We are very disturbed and shocked by these acts of destruction and hatred, the BAPS Swaminarayan Mandir said in a statement to The Australia Today. The statement continued, "We send our prayers for peace and harmony and will issue a more comprehensive response when appropriate."

Condemning the attack, BAPS Swaminarayan temple said, “We are deeply saddened and shocked by these acts of vandalism and hate. We offer our prayers for peace and harmony and will provide a fuller statement in due course." 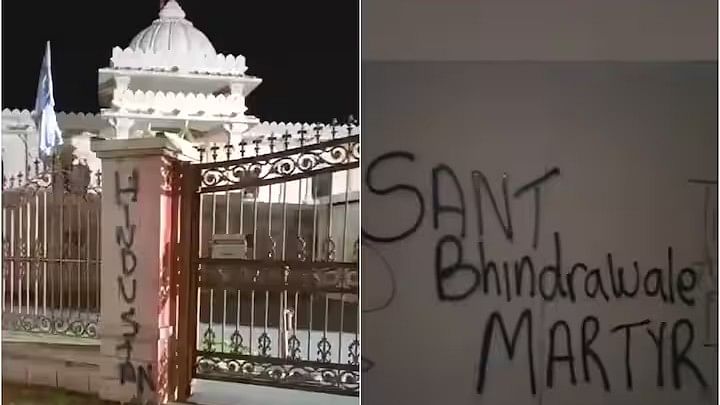