At least five killed at Kabul airport due to gunfire as people try to flee after Taliban takeover, says report - Watch video 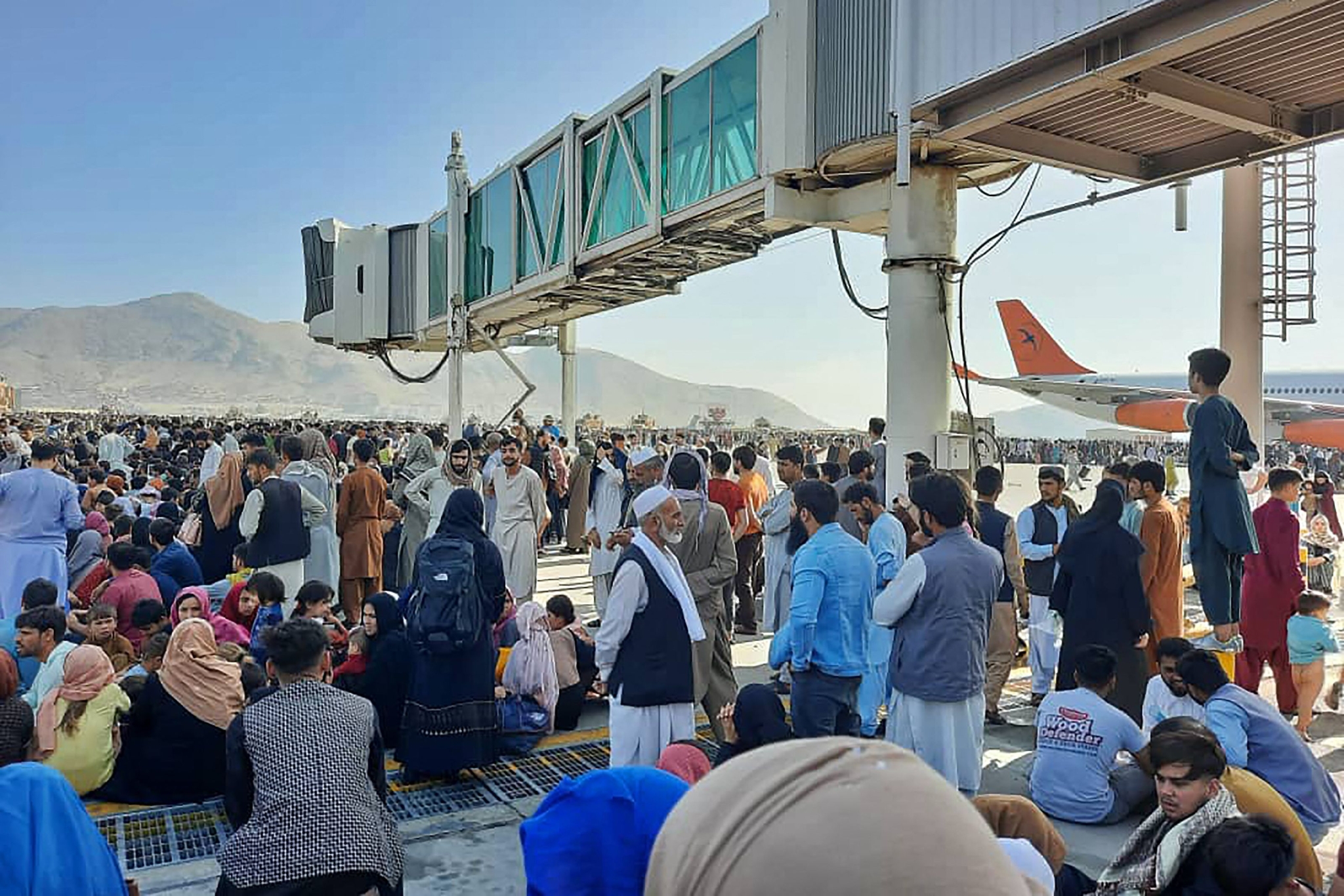 At least five people were killed in Kabul airport on Monday as hundreds of people tried to forcibly board planes leaving the Afghan capital, news agency Reuters reported citing eyewitnesses.

One of the eyewitnesses told Reuters that they have seen the bodies of five deceased people being taken in a vehicle. It was not clear whether the victims were killed by gunshots or in a stampede, another eyewitness told the news agency.

Thousands of Afghans, fearing a return to the Taliban's brutal rule, are trying to flee the country through Hamid Karzai International Airport. Videos circulating on social media showed hundreds of people racing across the tarmac as U.S. soldiers fired warning shots in the air.

The US has said it would deploy 6,000 troops at the vital Kabul airport to ensure the safe departure of American citizens and its allies from Afghanistan which has been taken over by the Taliban, in a sudden and unprecedented collapse of the elected regime.

Unprecedented scenes are being witnessed in the Afghan capital Kabul, where panic-stricken people are scurrying to escape from the country.