In October, Hindu temples were attacked in Bangladesh after an alleged blasphemous post surfaced on social media during Durga Puja.
PTI 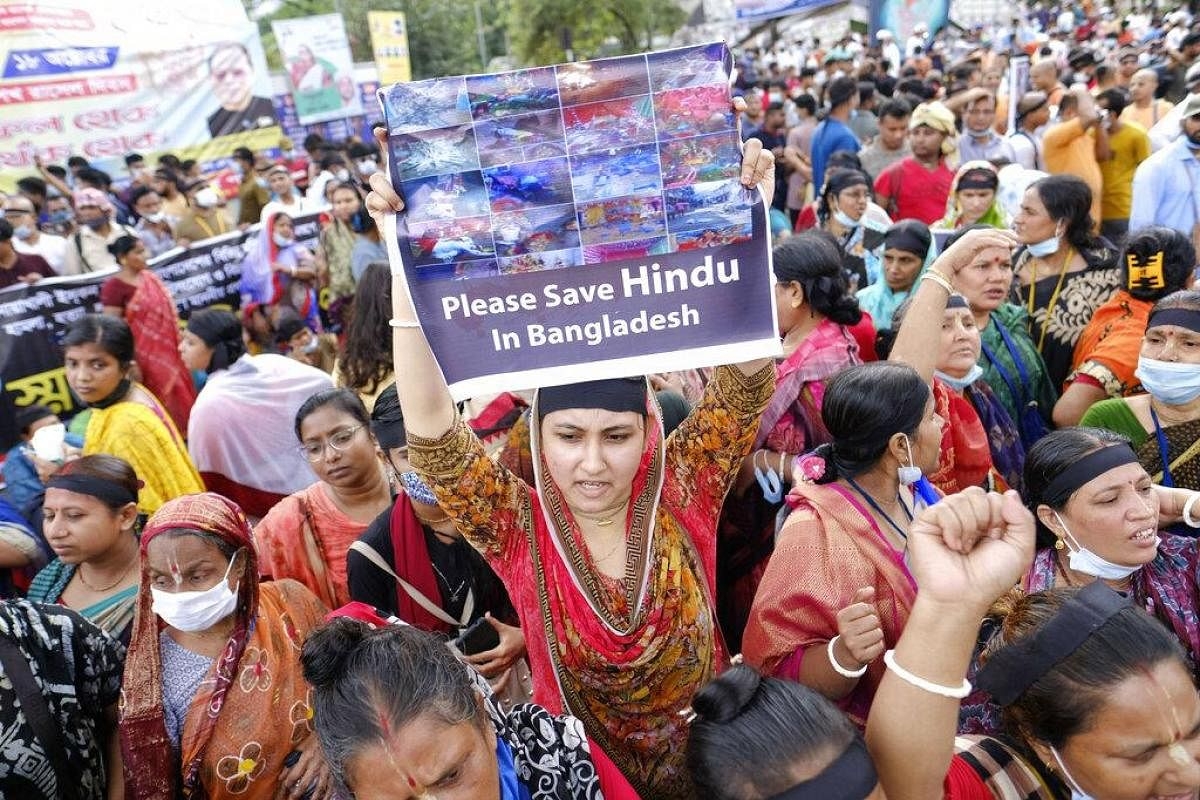 Police have registered complaints over the alleged desecration of three temples in Bangladesh as members of the minority Hindu community staged protests demanding the arrest of culprits behind the incident in Lalmonirhat district, bordering India, a media report said on Sunday.

The protests began after raw animal meat packed in polythene bags were hung on the doors of three Hindu temples and a house in a village of Lalmonirhat district in the early hours of Friday, Daily Star newspaper reported.

Four complaints were filed at a local police station on Friday night over the matter, the paper added. The Muslim residents in the area condemned the incident, attributing it to elements wanting to disrupt interfaith harmony, said a local journalist. On Saturday, members of the local Hindu community staged protests at a temple, demanding the arrest of culprits.

"Police have assured us that the culprits will be arrested," said Dilip Kumar Singh, president of Hatibandha Upazila Puja Udjapan Parishad, adding that the incident could be linked to the local union Parishad polls held on December 26.

Police official Ershadul Alam said they were investigating the incident. He said that an additional police force had been deployed in the area and a search had been launched to track down the "miscreants". "All involved will be brought to book," he said.

Bangladesh Hindu-Buddhist-Christian Unity Council leader Kajal Debnath said incidents like this were reported previously from elsewhere in the country as well and the perpetrators of such acts were led by a notorious mind to hurt "our faith and feeling".

In October, Hindu temples were attacked in Bangladesh after an alleged blasphemous post surfaced on social media during Durga Puja.