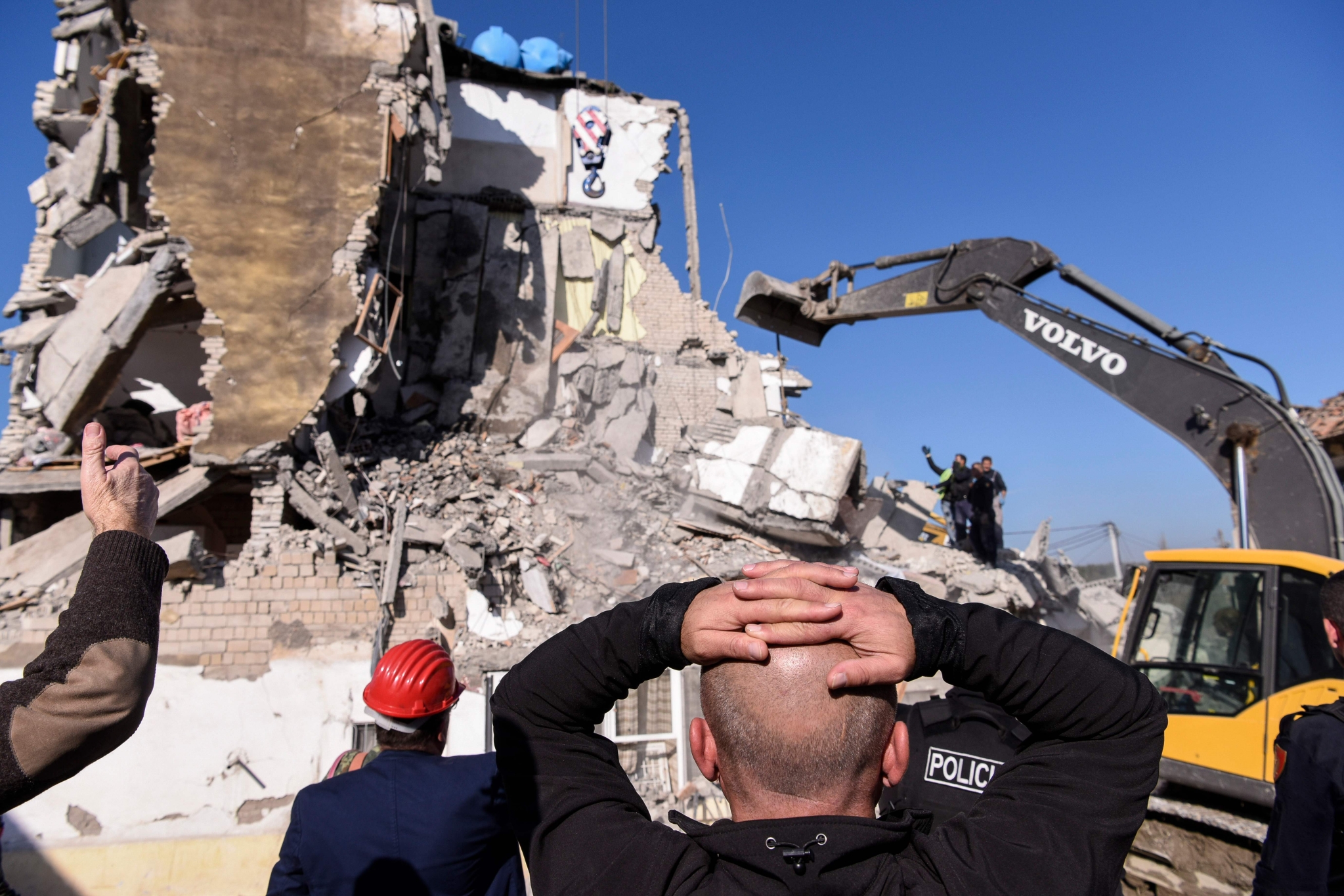 Rescue workers remove debris from a collapsed building in Thumane, northwest of capital Tirana, after an earthquake hit Albania, on November 26, 2019. | Photo by Armend NIMANI / AFP

Tirana [Albania]: At least eight people were killed and several others were missing after an earthquake struck Albania on Tuesday.

The health ministry had earlier said that at least 325 people were injured in the quake, CNN reported.

The earthquake was measured 6.4 on the Richter Scale and hit at a depth of 20 kilometers, about six miles northwest of Shijak at 3:54 am (local time), according to the United States Geological Survey.