400 evacuated from cruiser off Norway 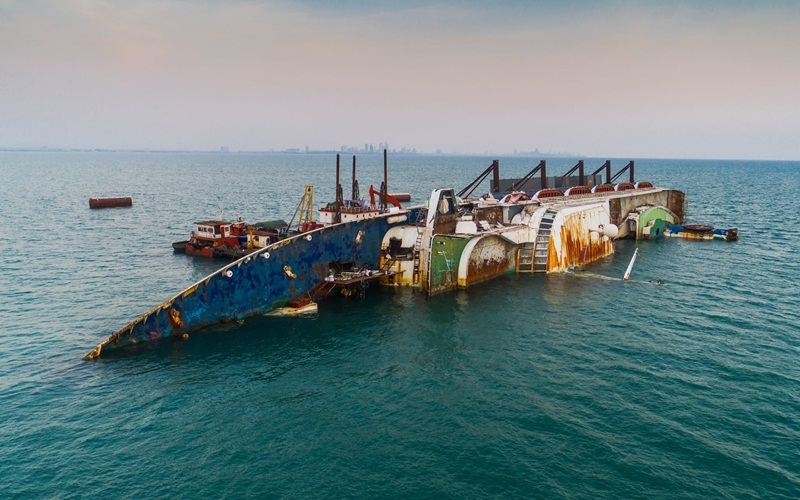 Copenhagen: Nine hundred passengers and crew remain trapped on board a stricken cruise liner which is limping towards shore today amid ongoing fears it may run aground, Dailymail reported. As the rescue operation off the Norwegian coast gets into its second day, as many as 200 UK citizens may be among the 436 passengers still stuck on the Viking Sky, along with 458 crew, after the ship lost power yesterday lunchtime in huge swells.

Falling ceiling tiles hit passengers on the head as the struggling cruise ship rolled almost 45 degrees onto its side, tipping to send tables and chairs skimming across the decks. Since receiving the mayday call coastguard helicopters have rescued 479 of the mainly elderly passengers already, winching them aboard aircraft one-by-one with five helicopters working in rotation carrying 15 passengers per sortie.

The evacuation has now ended. Twenty people have already been taken to hospital, three with serious injuries, and a 90-year-old man and his 70-year-old spouse were severely injured, according to Norwegian broadcaster NRK.

One frightening video shows water coursing through living quarters, after a door burst open when the ship was hit by a powerful wave, but the vessel is not believed to be sinking or taking on water. As many as 400 of the 1,373 people have been airlifted to the shore from a cruise ship that suffered engine failure off the coast of Norway, officials said on Sunday.

The Viking Sky ship sent out a mayday message on Saturday afternoon when it lost power off the midwestern coast of the Scandinavian country and was caught in waves rising up to eight meters (26 feet), said Norwegian rescue services, reported Efe news.