True Sharks of India: From Nykaa Founder Falguni Nayar to CRED's Kunal Shah... self-made entrepreneurs who are ruling the business scene in India

The past decade was a defining one for India in many ways, perhaps the most significant decade in recent times because of unprecedented changes that propelled the nation into the global limelight. The highlight of the 2010s, undoubtedly, has to be the rise in the number of Indian startups and the dominance of desi entrepreneurs globally. Interestingly, India is home to 81 “Unicorns”, which are companies that have a valuation of $1 billion or more. Here are some of the trailblazing and pioneering founders of India’s Unicorns who have together built the foundation of a New India. The founder and CEO of Nykaa, Falguni Nayar, is currently the richest self-made female billionaire in India, with a net worth of over $6 billion. Born and raised in Mumbai, Nayar completed her education from Sydenham College before pursuing an MBA from IIM Ahmedabad. She worked with Kotak Mahindra Bank for over 20 years and headed the investment banking division before leaving in 2012 to start Nykaa at the age of 50. Despite having virtually no experience in retail, beauty and technology, Nayar has emerged as one of the leading entrepreneurs of India because of her resilience, curiosity and drive to build a brand that is loved by customers and employees alike. In November 2021, Nykaa became public (with an IPO that was oversubscribed nearly 200 times) and opened almost 100% higher than its original listing price, doubling shareholders’ wealth on the first day. The bumper opening led to Nayar’s net worth briefly crossing $6.5 Billion during that period.

Fact: Nayar convinced her two children, Anchit and Adwaita Nayar, both of whom were in the US, to quit their jobs and join Nykaa. Today, her son, Anchit Nayar, is heading the beauty business while her daughter Adwaita Nayar is leading the fashion vertical. Leading the country’s largest digital payments company is Vijay Shekhar Sharma, founder and CEO of Paytm and One97 Communications, who is also the second youngest self-made billionaire in India, with a net worth of $2.5 billion. Coming from humble beginnings in the small town of Aligarh in Uttar Pradesh, Sharma started One97 Communication in 2000, initially providing payment services through SMS. With his perseverance, hard work and vision Sharma led Paytm to become the largest digital payments app in the country, and also launch the largest IPO in Indian history, with an offering of Rs 18300 crore.

Fact: Sharma completed his schooling at the age of 14 and joined engineering college at 15. 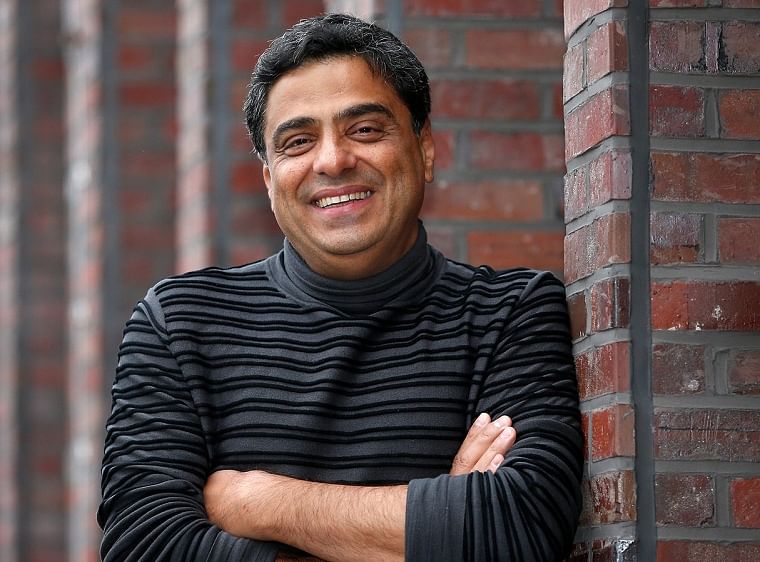 Filmmaker, entrepreneur, philanthropist and author, Ronnie Screwvala is a pioneering name in many ways. From expanding cable television in India in the 1980s to spearheading one of the biggest production houses of the country and building South Asia’s largest higher EdTech startup, Screwvala has done it all. He saw the opportunity in the cable television industry at a time when there was only one broadcaster (Doordarshan) and quickly expanded it nationwide. He then founded UTV Communications with his wife, which produced and distributed some of India’s biggest hits. In 2015, he founded Upgrad, a higher EdTech startup providing specialisations to working professionals. He also runs a non-profit organisation, The Swades Foundation.

Fun Fact: The Indian EdTech industry was valued at US$ 750 million in 2020 and is expected to reach US$ 4 billion by 2025 at an annual growth rate of 39.77%. This growth is driven by rising demand for non-academic courses from tier II & III cities and the need for personalisation in the EdTech space. CRED is arguably one of the most recognisable brands today, thanks to their unique product offering, solid business model, and of course their quirky ad campaigns. The man behind this disruptive business is Kunal Shah, an entrepreneur who also served as a part-time advisor to Sequoia Capital and Y Combinator. Shah has been working since the age of 15, initially doing freelance gigs in graphic design and programming. He started PaisaBack but eventually closed it down to build FreeCharge, which he later sold to SnapDeal and subsequently Axis Bank in 2017. Shah is also an angel investor in many startups, having the most diverse investment portfolio with over 200 investments, nine of which could become Unicorns soon. 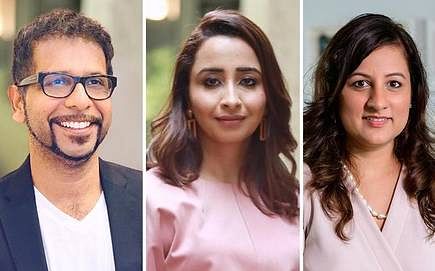 Co-founders of The Good Glamm Group, Darpan Sanghvi, Priyanka Gill and Naiyya Saggi are unconventional in their own ways. Sanghvi is the founder of the D2C beauty brand MyGlamm; Gill is the founder and CEO of POPxo, a digital community with over 88 million users, and Naiyya Saggi is the founder of BabyChakra, a digital community and e-commerce platform for new parents. Sanghvi created MyGlamm to provide affordable and quality makeup products to young women. Gill started POPxo as a fashion and lifestyle blog in 2012, which eventually turned into a digital community for millennial women. She is currently pursuing her MBA from the London Business School and Columbia Business School. Saggi, who is a law graduate from the National Law School, completed her MBA from Harvard Business School as a Fulbright and Tata scholar and worked as a business consultant at McKinsey & Co in Boston before her journey in entrepreneurship. Today, her startup, babyChakra, is widely popular among new parents for its personalized approach. The three founders joined hands in August 2021 to form The Good Glamm Group, bringing their respective businesses under one roof. The Group is valued at well over $1.5 billion and aims at reaching a listing valuation of $10 billion by 2023. 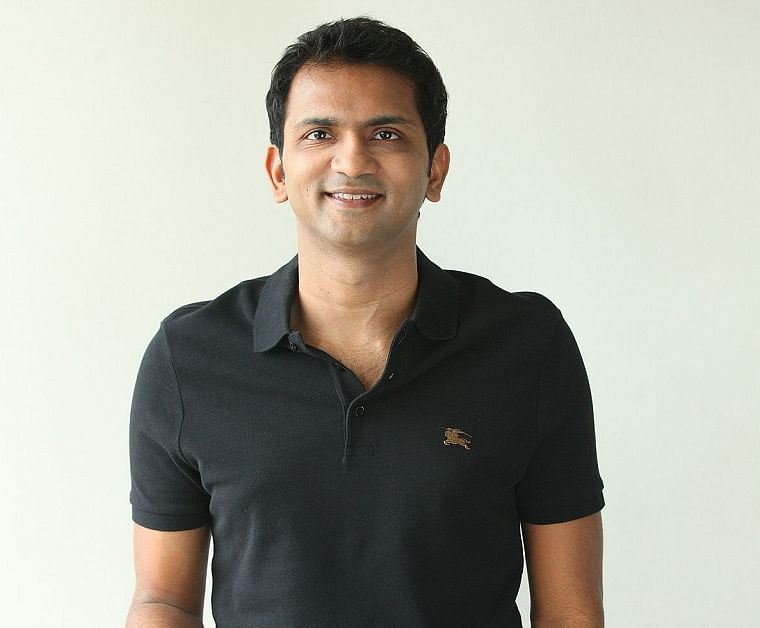 This Mumbai born entrepreneur juggles three multi-million dollar companies. Bhavin Turakhia is the founder of Zeta, a billion-dollar B2B banking tech startup, providing services like debit and credit card processing to banks and fintechs globally. Turakhia works from London, Dubai and Mumbai, leveraging time zones to get the most out of his day. Over the past two decades, Turakhia and his brother, Divyank, have built 11 companies. They recently sold Media.net for $900 million to Chinese investors in August 2016.

Fact: Turakhia had already developed a beta version of Flock well before its rival Slack was launched. However, by the time Flock was officially launched, Slack was already a popular choice for companies. Two IIT Delhi alumni lead the largest e-commerce platform in India, Meesho, short for Meri E-Shop, that has a valuation of over $8 Billion. Vidit Aatrey and Sanjeev Baranwal graduated from IIT Delhi in 2012, however, they founded Meesho in 2015. Aatrey worked at ICC and InMobi before quitting his full-time job to focus on Meesho; Baranwal worked with Sony Corporation in Japan before he joined Aatrey at Meesho as the CTO. Meesho was one of the three companies selected by Y Combinator in 2016, and has since raised money from giants such as Facebook, Sequoia Capital and SoftBank. Aatrey and Baranwal were part of the Forbes 30 Under 30 batch of 2018.

Despite having virtually no expertise in the health care and fitness industry, Mukesh Bansal and Ankit Nagori still managed to disrupt the industry by bringing tech and innovation to the equation and building a billion dollar health-tech startup. Bansal had previously founded Myntra, which is one of India’s largest e-commerce platforms and worked with Flipkart as the Head of Commerce and Advertising post Flipkart’s acquisition of Myntra while Nagori was the Chief Business Officer at Flipkart. The duo quit their jobs in 2016 to venture into startups once again, and zeroed on the health and fitness industry when they realized a huge gap in the market, which they decided to fill through technology. They intend to make Cult.fit an entire healthcare ecosystem, starting with fitness, deit, mental wellbeing and healthcare. Bansal is a graduate from IIT Kanpur and worked in the States for a few years before moving back to India, while Nagori studies from IIT Guwahati. HomeWeekendTrue Sharks of India: From Nykaa Founder Falguni Nayar to CRED's Kunal Shah... self-made entrepreneurs who are ruling the business scene in India