The magical power of mantra

Chanting mantras and taking God’s name may give you much-needed strength when in trouble. But, are they effective enough to evoke prana in a lifeless body? RAVI VALLURI shares a story
Ravi Valluri 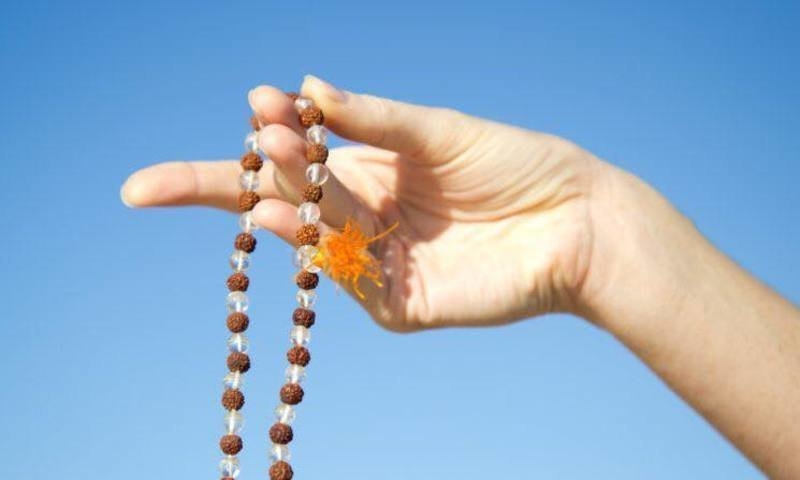 “How’s the Josh?” the doctor enquired? Father who was under strong medication mumbled something incomprehensible. Sodium and other electrolytes had hurtled to extremely low levels and the nonagenarian could distinguish barely between day and night, between the tenebrous and luminous, and perhaps even between sanity and insanity.

Over the last few months, this was the fourth occasion that he was admitted into the ICCU as the family could not resuscitate him at home, despite the availability of BIPAP and oxygen cylinders at home.

However, the assiduous doctor persisted and attempted to spike in some life and energy in a fast failing and crippling body. The patient appeared askance with a glazed look in his eyes and moved his feebly moved his fingers trying to convey in all likelihood his acute discomfiture.

He had slumped in bed that afternoon, with falling blood pressure and pulse barely registering. And the oxygen monitor read an ominous zero. For the first time, I saw a flushed look on my mother’s face. It was red, not the usual radiant. As devout Hindus, she, my wife and my sister who had come over from Boston switched on the Hanuman Chalisa, the Rudram and the Lalita Sahasranamam mantras in quick succession.

All the Gods were invoked in unison on the pretentious gizmos to resuscitate a person who appeared to be choked. “How’s the josh?” once again enquired the diligent doctor. Even to a layperson, one could notice the Prana levels were ebbing.

The patient’s josh was revved up partially with the help of a saline drip. With repeated pestilence, there was atrophy of veins. But our faith in the divine power beyond the architecture of science, my unflinching faith inSri Sri Ravi Shankar and the resonance of the mantras which were invoked conjured a Mandrake like magic and he was wheeled into an ambulance to the hospital.

“How’s the josh?” Father had recovered partially and there was a feeble smile on his scrawny face. My father was administered the Holter Monitor test and the results were encouraging. Doctors attending on the patient thought that he would be discharged the following morning much to our relief. “How’s the josh?” We felt cheery. I placed a few photographs of the Gods below father’s pillow beseeching them to be his guardian angel. But the following day the frail body was inflicted by an acute attack of septicaemia. Blisters had formed on his feet as they were exposed to high temperatures when a hot water bag was placed to alleviate pain.

Father in the hazy and muggy state complained that a patient on the adjacent bed was his brother who refused to engage in a conversation. My uncle had cracked a century four years back and cast his mortal remains just a few months back. This perhaps had had a deleterious effect on my father’s mind and body.

I wondered as to how our fabled Rishis survived for hundreds of years without modern-day medical advancement. They quintessentially followed a regimen of strict yogic practices, pranayama, and an extremely regulated diet, powered with meditation and had virtually no antipathetic or Sisyphean thoughts. This was the elixir of their lives.

Gandhiji once famously remarked that he would live up to 125 years. That was his josh – his diet long walks, Kriya Yoga learnt from Paramahamsa Yogananda and daily evening satsangs. And the Holy Grail of non-violence was his credo.

“How’s the josh?” the doctor asked the father to bolster his courage and conviction. But soon the entourage of specialist doctors recommended a CT scan. The nonagenarian was wheeled out from the hospital to a CT scan centre.

Fortuitously the CT scan report suggested atrophy and nothing worse. The result indicated impairment of reflexes and an inability to swallow food orally. Consequently, he was being fed through a nasal pipe.

The stripling youngster serving father was quite distraught that was this is the only way to feed him? Father remained incoherent, with an unchanging distant and dispirited look in his eyes. Life in the ICCU for the patient is pathetic and for the kith and kin attending on the patient, it is indeed depressing.

We kept a vigil outside the hospital, with prayers on our lips and attempting to fortify our josh. But nemesis was round the corner and father lost this battle.

“Life is uncertain; death is certain and impermanence is the only permanent thing in life,” said Buddha.