HomeWeekend Mumbai: All you need to know about Kwan Kung Temple, the only Chinese temple in the city

Mumbai: All you need to know about Kwan Kung Temple, the only Chinese temple in the city

Mumbai never ceases to amaze people. There are countless mysteries that this city conceals and there is something new to learn and explore. Indeed, it is the city that never sleeps because it is constantly unravelling itself.

The stunning Kwan Kung Temple, the only Chinese temple in Mumbai, is one such location that would shock you. It is a local landmark and a fond remembrance of the prosperous community that formerly resided in the region that is now known as Mazagaon.

In the early 1900s, Mazagaon was home to the vibrant See Yup Koon population of Mumbai. When they were employed by the East India Company, these folks, who were originally from Canton in Southern China, relocated to India. They made their home in Mumbai as traders, seafarers, and merchants. Many of the city's Chinese citizens left when the Sino-Indian War broke out in 1962. However, a few families, in what was now known as China Town, decided to continue living there. This location is currently referred to as Dockyard Road, Mazagaon. 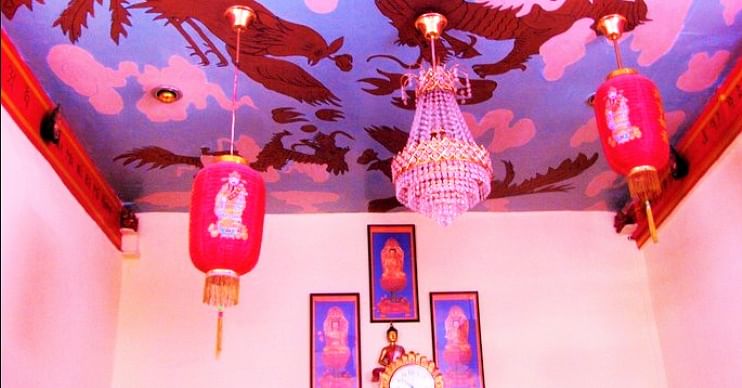 In a two-story house in Mazagaon, the almost 90-year-old Kwan Kung Temple is tucked away in a charming alley. Nothing about the dilapidated structure reveals from the outside that there is a house of worship within. There is just a small gate painted in red which serves as the only entrance to the temple.

The whole place is adorned with items that are meaningful to Chinese culture. There are wind chimes, paper lanterns, and Chinese calligraphy in the shrine's entryway. The ornate and intricate altar is decorated with traditional Chinese ornaments, and beautifully carved statues of Guan Gong, the Chinese god of justice are placed in front.

Living on the first floor of the structure, Albert Tham works as the temple's keeper with his mother. They are among the city's few Chinese residents who consider Mumbai to be their home rather than China. The Tham family controls the temple's keys and arranges for occasions like Chinese New Year and Moon Festival, which can draw up to 500 guests. Only a few hundred Chinese-Indian families now reside in Mumbai, down from the once-large size of the group. 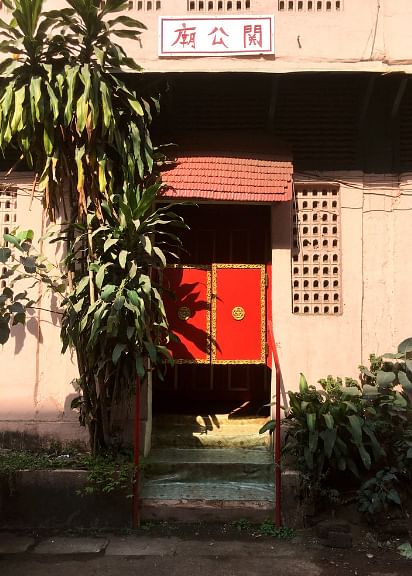 The Kwan Kung temple is a symbol of what has been lost. However, the significance of the functioning temple to Mumbai's Chinese population also serves as a further reminder that, despite this, families like Albert Tham's have chosen to call Mumbai home. However, there is a lot of bustle around the Chinese New Year because this is where all the Chinese in Mumbai congregate. Pictures of Chinese academics and their wise comments were displayed on the stairs.

The temple is open daily from 10 am to 4 pm. On some days when it closes at 11 am, you can enter it by asking for the keys on the first level, which a kind elderly woman will deliver to you. Take a look at the Buddha temple on the ground floor and the Chinese King temple Kuan Kung on the second story. For lovers of history, it is a must-see location.