Writer, actor, and director Vinay Sharma talks about the plays his theatre group, rikh, will be staging on June 25 and 26

Kolkata’s experimental group, Padatik Theatre, that comes, periodically, to Mumbai with a stimulating repertoire, will regale discerning theatre lovers yet again on June 25 and 26, with three plays.

Dosh, written, designed and directed by Vinay Sharma, whose theatre group, rikh, is co-presenting the shows, is a story of a middle-aged, brother-sister duo re-connecting after a long gap. Played by Mumbai actors, Harsh Khurana and Sarika Singh, the siblings find themselves going down memory lane, to their youthful days, as students in America, in the 1960s. But as they chat, pleasant, harmless anecdotes give way to long-hidden secrets… Sharma explains, “Personal, anecdotal and historical memory create a picture of the times.” However, he adds, “The text deals more with the suppression of memories, and places that within the play’s primary themes of guilt, obedience and authority.” Themes that many would identify with; perhaps uncomfortably so. Atmakatha, written by Mahesh Elkunchwar, translated by in Hindi by Vasant Deo, also has memories at its core, but in a different manner. Directed by Sharma, the play has an impressive cast. Kulbhushan Kharbanda plays Rajadhyaksha, a renowned writer dictating his autobiography to Pradnya, a research scholar, played by the tremendously talented Anubha Fatehpuria. As the narration unfolds, skeletons come tumbling out. We learn that the writer and his wife, played by veteran actress and Kathak exponent Chetna Jalan, had parted ways 30 years ago because of Rajadhyaksha’s affair with his sister-in-law, played by versatile actress, Kalpana Thakur Jha. Through the course of the play, all four characters introspect, but there is a mismatch in their memories that heightens the dramatic tension of the story. Intriguingly, barring Pradnya’s wilfully dishonest recollection, all the characters honestly recall what happened and, yet, they don’t add up. “Like Kurosawa’s Rashomon, the play depicts how recollections about the same event generate different truths; but the play does not lead you to choose any one person’s memory over the others’,” states Sharma. It will be interesting to see how this play pans out. 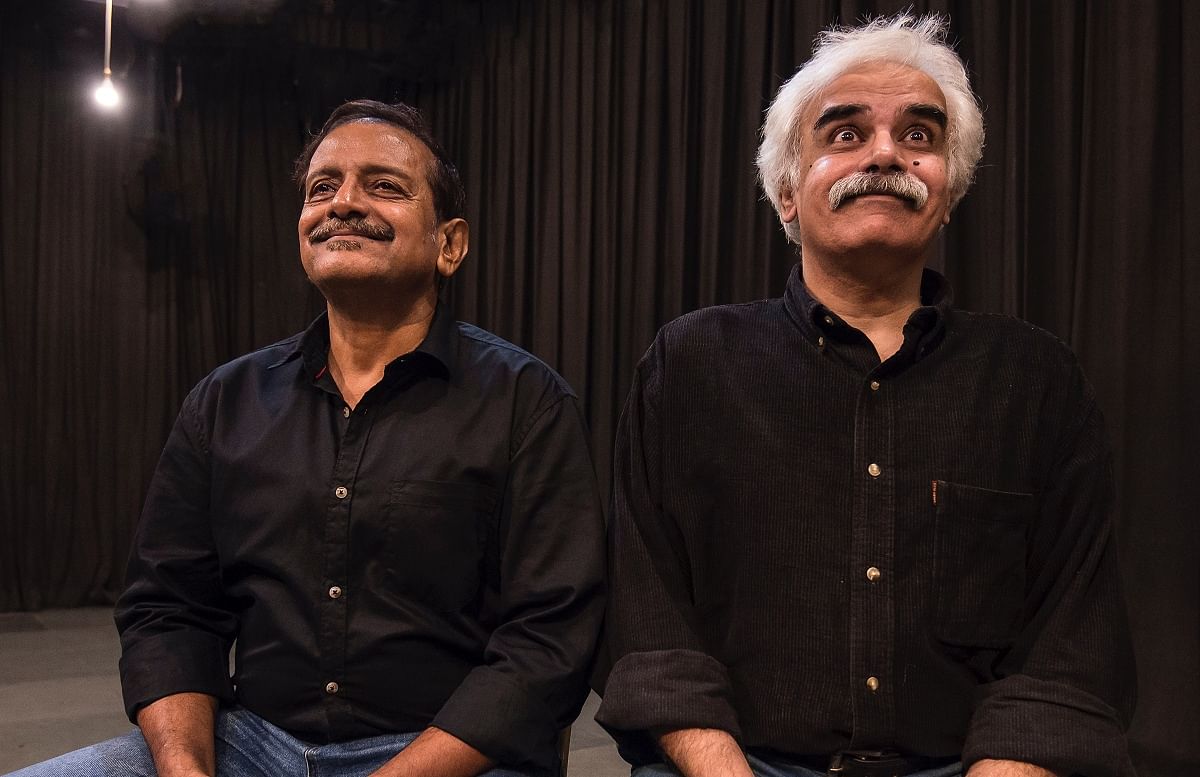 The third play, the oft-staged, Ho Sakta Hai Do Aadmi Do Kursiyaan, has two characters narrating a number of seemingly-unconnected stories; however, they are connected by emotions of love, loss and absence. “We are given life to experience compassion; not to inflict violence or to succumb to an inner decay,” elaborates Sharma, who plays one of the characters, the other being essayed by Ashok Singh. The stage is bare, with only two chairs as props that lend a sub-text to what the characters speak. Much, therefore, depends on the ability of the actors to hold your attention, but veterans Sharma and Singh pull it off effortlessly. Quirky, entertaining, the play’s metaphors lend it a timeless relevance, making it resonate with the audience whenever it is staged.

While the literal meaning of Padatik is foot soldier/wanderer, in Kolkata the name has a rich, cultural connotation. Apart from the awesome legacy of late Shyamanand Jalan, who founded the theatre group with his wife, Chetna, and Kulbhushan Kharbanda, Padatik is the name of a 1973 Mrinal Sen film and a book of poems by Subhash Mukhopadyay published in 1940. Living up to the standard set by these giants is no small task. But, judging by Vinay Sharma’s past shows in Mumbai, one can say he does them proud.

The name of his theatre group — rikh — means to scratch. In keeping with both the groups’ names, the multi-faceted Sharma roams the earth, putting up plays that scratch the surface to reveal complex situations and emotions with a universal appeal.