Gyanvapi controversy: Indian monuments that are making headlines for all the wrong reasons

These monuments are a testimony of our country’s rich history and heritage. They have stood the test of time and continue to stand amid controversies. With the Gyanvapi Masjid debate raging on, we bring some of India’s historical structures that have made headlines for wrong reasons

While the controversy gets more interesting with RSS chief saying one doesn’t have to look for a Shivaling in every mosque, the history of, currently in news, Gyanvapi Masjid is equally intriguing. The Nandi in the temple faces the mosque and not the sanctum, indicating that the original temple was in the place of the mosque. However, records show that the Nandi was gifted by Rana of Nepal when Ahilyabai Holkar restored the temple in the 19th century. It’s fascinating that the mosque has a Sanskrit name. It was earlier known as Alamgir Masjid in honour of Aurangzeb. Gyan Vapi means ‘well of knowledge’. The mosque got the name from the well adjacent to it, which is used by the Hindus and Muslims before entering their places of worship as it lies between the two. The reference to this ‘well of knowledge’ are found in the Skand Puran, which is believed to be written in 7th or 8th century. This indicates that the well existed much before the temple or the mosque. Whatever the controversy, the ‘well of knowledge’ remains to be the center point of two places of worship even today. A symbol of love, the Taj Mahal was built by the fifth Mughal emperor, Shah Jahan, to house the tomb of his favourite wife, Mumtaz Mahal. Built in 1653, the mausoleum has braved numerous weathers and still stands tall in the city of Agra. However, for the past few years, the seventh wonder of the world has been embroiled in controversies. In 2017 several court cases were filed about the Taj Mahal being a Hindu temple. There were also claims that the monument was built after destroying a Shivaling temple called, Tejo Mahalaya. The Archaeological Survey of India (ASI) though had dismissed the claims, the debate still continues. Last month, the Allahabad High Court rejected a petition seeking to open 22 closed rooms in the Taj Mahal. The petition was filed to direct ASI to examine the rooms to ascertain the presence of idols of Hindu deities. The ASI, in its report, said the rooms are locked for security reasons. However, the petitioner argued that historians like P N Oak, author of Taj Mahal: The True Story, the Shiva Temple is in one of these rooms. In 2000, the Supreme Court quashed Oak’s petition to declare the Taj Mahal was built by a Hindu king. Qutub Minar has been courting controversies for a while now. In May 2022, Dharamveer Sharma, former regional director, Archaeological Survey of India (ASI), claimed that Raja Vikramaditya constructed it in the fifth century to study the direction of the Sun. Later in the month, controversy erupted over reports stating the ministry has ordered the ASI to conduct excavations in the Qutub Minar complex. However, the reports were refuted by Culture Minister G Kishan Reddy. The ASI too told a civil court that the Qutab complex is not a place of worship. Any change in the existing structure is not permissible, ASI added. In November 2021, a civil court rejected petitions that sought the restoration of 27 Hindu and Buddhist temples that were found inside the complex. The petition claimed the temples were destroyed in 1192 AD to construct Quwwatul Islam mosque in the Qutab Minar complex. There have been claims that the monument was a Vishnu Stambh before some portions of the monument were reconstructed and renamed by a Muslim ruler. 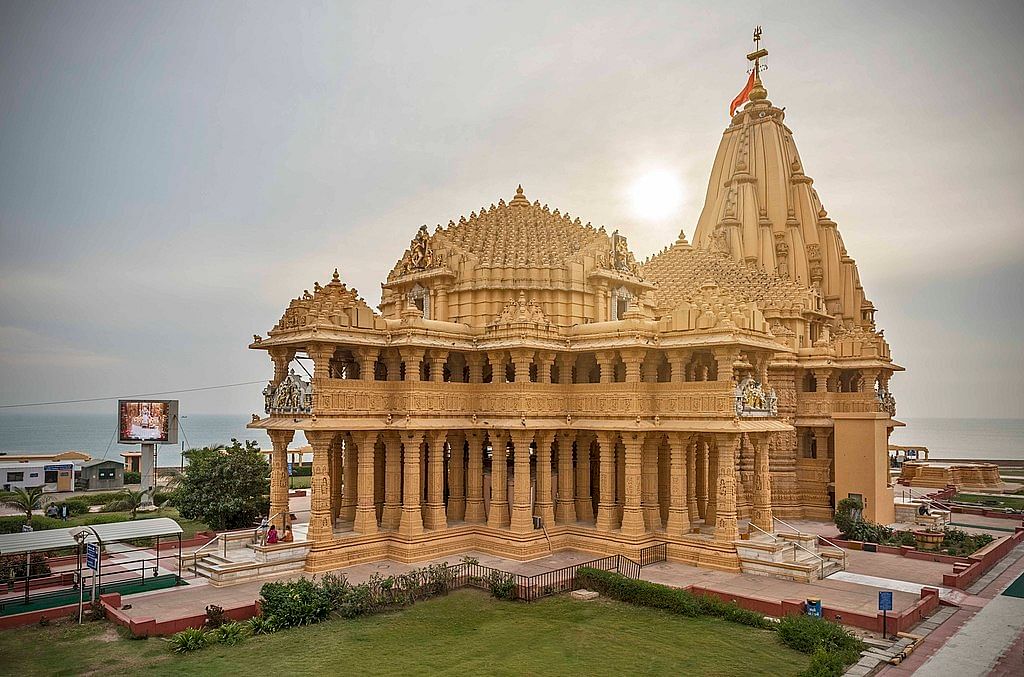 This temple, probably, is the one which has been demolished and restored the maximum number of times in the history of India. Situated on the coast of Gujarat, it was one of the first stops for the Afghanis and Mughals. Mohammad of Ghazni, alone, looted the Somnath temple 16 times — each time he invaded Gujarat between 1000 and 1024 AD. King Bhima of Gujarat and King Bhoj of Malwa had rebuilt the temple then. In 1297, Nusrat Khan, commandant of Allauddin Khilji attacked Gujarat and vandalised the Somnath temple again. In 1395, the Shah of Gujarat and his son did it again in 1412. Aurangzeb attacked the temple twice in his reign. Legend has that the Somnath temple was built to commemorate Shiva at the place where Shiva resuscitated the Moon and saved him from the curse given to him by Prajapati Daksh. Therefore, the name Som-Nath: Lord of the Moon. Though some records show that the temple was completely destroyed only six times, it is believed that it was defaced and restored 17 times, the last being in 1951 when the then President Dr Radhakrishna did the Prana Prathisha of the idol after the restoration. This surely is a case of queer incidences. On one hand, the Vishwa Hindu Parishad has claimed that the Pir Pashah Dargah in Karnataka’s Basavakalayan is originally a Basavanna temple. On the other hand, two years ago, the Muslims protested against Hindu idols being placed and worshipped inside the Bidar Fort during the shooting of Sye Raa Narasimha Reddy. Basavakalyan in the Bidar district is known for its rich cultural heritage. The Basavkalyan Fort was built by the Chalukya dynasty. It has temple of Basaveshwara, the religious reformer from the 12th century. The district has many temples of Basavanna, as Basaveshwara was fondly called. As per the claims of VHP, Sarana V. Siddaramanna, and Veershaiva Lingayat Organisation Forum, the architecture of the mandap of the dargah resembles a Hindu temple. Legend goes that it was renamed as the Pir Pashah Dargah in the regime of Muslim rulers after they reclaimed Bidar and made it a part of Bijapur kingdom. The second controversy is interesting. During the shoot of Chiranjeevi’s film Sye Raa Narasimha Reddy, they had shot a few scenes inside the Bidar Fort near the Solah Khamba mosque. The shooting was disrupted for a few days when the Muslims there created an uproar for placing Hindu idols near their shrine. 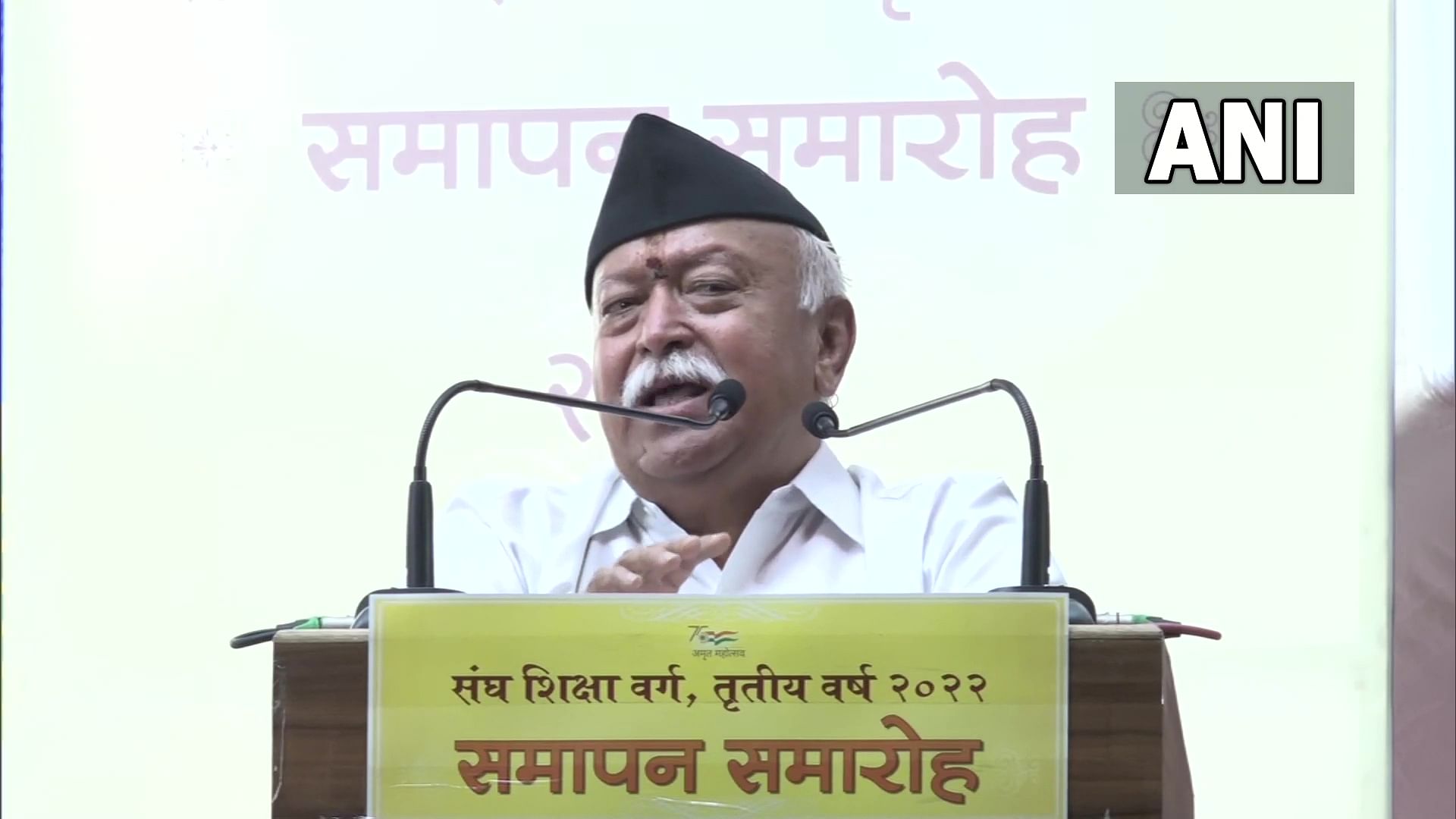 HomeWeekendGyanvapi controversy: Indian monuments that are making headlines for all the wrong reasons