HomeWeekendExcepting defeat: How not to be a sore loser like Donald Trump!

Excepting defeat: How not to be a sore loser like Donald Trump!

With Donald Trump appearing a sore loser in the latest elections, experts suggest ways to deal with them in a mature way

The US presidential elections saw Donald Trump react to the results in a bad way, with most calling him a sore loser. With this backdrop, it is vital to understand such people and deal with them wisely.

Dr Prerna Kohli, a Clinical Psychologist and founder of MindTribe.in, describes a sore loser not taking defeat kindly, and gets easily upset about defeat. Poddar feels they worry about other’s perception of their win or failure. “Discrediting the winner is one of the most prominent traits. Bringing down others makes them feel better. Instead of facing loss like a champ, sore losers resort to blame game offloading the reason of losing to other people.”

Impact of such behaviour

Poddar says the fear of loss of status can make people reckless, thus affecting their overall health. “Dealing with a sore loser can be difficult, especially with their feelings of impulsivity, insecurity and mood swings. The emotional discontent makes them blame others for their loss, vent out their anger, and even turn violent. All of this can be highly uncomfortable for the people around them. The aggressive behaviour can cause emotional/physical harm to others and result in a breakdown in relationships.”

Karishma feels such people will take credit that’s not theirs. “They believe they are always right; they feel they are Megalomaniac. They are not confident; instead they are over-confident. Their false pride is so high that they might not be ready to accept anything at face value. They will be highly dominating and power hungry, too. People around them will generally face a lot of insult non-appreciations and negative comments and reviews about themselves most of the times.”

For Dr Kohli, the loss of something valuable and rightly theirs will seem huge. “In the game of life, we need to be strong and accept that every decision, action may not be in our favour, or have the outcome that we desire.”

Celebrity life coach Karishma Shetty and founder of Psychic Temples, says it is not easy for everyone to handle loss, and thus can be considered a spoilsport. “I see this (elections) as a mere math that went wrong by Mr Trump; as he decided to not to consider women votes and did not stand for Black lives. He lost two very strong communities which lead him to loss this election. By this, I only understand one thing that being a leader you cannot afford to think as per “I” and “ME”. It has to be “WE”. When a person doesn’t take things in their stride, it can have devastating effects and by now we all know the history.”

As per Prakriti Poddar, the Global Head for Mental Health at Round Glass and Managing Trustee, Poddar Foundation, Trump is a sore loser who ‘will do anything to make things in their favour,' and cannot handle failure. “From the moment the counting began, Trump clearly showed a refusal to accept the results and blamed everything and everyone he possibly could. Considering the ridiculous false claims put forth about the election outcome, I would say that he did behave like a sore loser.”

She accepts that no one like to lose, but a mature adult ‘accepts defeat without losing heart’. “In terms of what Trump did following his presidential election defeat to Joe Biden, clearly shows his inability to accept defeat of any sort and respect other’s opinion. His authoritarian qualities made it an issue of personal embarrassment inviting an adverse response to the overall situation.”

Karishma insists it is important to understand the concerned person’s mindset to know where they come from. For example, a child can still be moulded and taught things. “If it’s an adult around, explaining that their behaviour isn’t correct will be the best way. Also, by doing so, you might just end up helping someone who is not strong enough of helping themselves.”

Dr Kohli talks about traits parents need to check-out in their child so that he/she doesn’t grow up to become a sore loser — society is not kind to anyone who ‘never concedes that they have lost an argument, a race or a game’. “Parents should always praise their child on participating and not always coming first. Encourage them for participating even if their team didn’t win,” Dr Kohli says.

She suggests parents become good role models themselves. “Anger management needs to be taught to children, so they can accept their losses graciously. Allow children to face disappointment in games of skill and also in games of chance. Win graciously. Frequently parents playfully tease their children when they win a card game; this leads to negative reinforcement, and makes them grow up as sore losers, or pompous winners.”

Poddar finds it difficult to categorise. “Dealing with sore losers can be tricky considering their blatant behaviours. It’s always a good idea to not react in haste to their behaviours. Maintaining humility and personal integrity are keys to dealing with a sore loser as it’ll outshine their self-serving, arrogant display.”

Karishma wants people dealing with losers in family to take them to a therapist, life coach or a guide. “This is a very disturbing state for the person who has lost and those dealing with them.” Dr Kohli considers it vital to realise and recognise the reasons for your participation in anything, thus allowing you to become a ‘gracious loser’. “What distinguishes an evolved human being from a caveman is our ability to be a gracious when things don’t turn out in the way we expected.”

“Holding back on the impulse to react hysterically is a social process that needs correction while growing up,” Poddar mentions. “Therefore, children who exhibit sore loser traits require proper guidance and healthy coping strategies. Parents need to emphasise the positives and discuss any concerns their child is facing. For adults, working on social skills and practising empathy can bring in significant changes to their sore loser behaviour.” She knows it’s difficult to deal with ‘erratic and audacious behaviour’. “Staying positive, gracious and patient is crucial to rise above the situation and overshadow their superior, snobbish behaviour.”

Read Also
Don’t be like Elon Musk: How to strike work-life balance and avoid work-related burnout 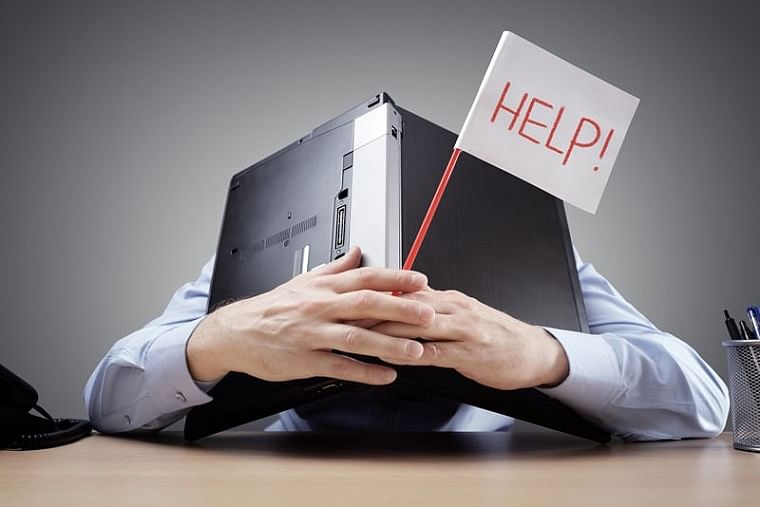