Mumbai’s living statues carouse us as we go on our daily routine runs by the sea, or simply herd at famous spots like Juhu Chowpatty for an evening out with family – Corona notwithstanding

In the age of social media, Singh sure has a lot of people flocking for a picture. It’s a matter of pride and joy for people to #Gram that one picture with Singh. And, Singh obliges them, temporarily snapping out of his statue avatar to hold kids, to click selfies, and even go down on his knees to propose to an unassuming maiden, with his blushing red rose. People may laugh at him, jeer at him, feel sorry for him, but Singh will be found at the beach every day from around 7 pm to 12 am. He makes about Rs 500 – Rs 1000 per day in tips. 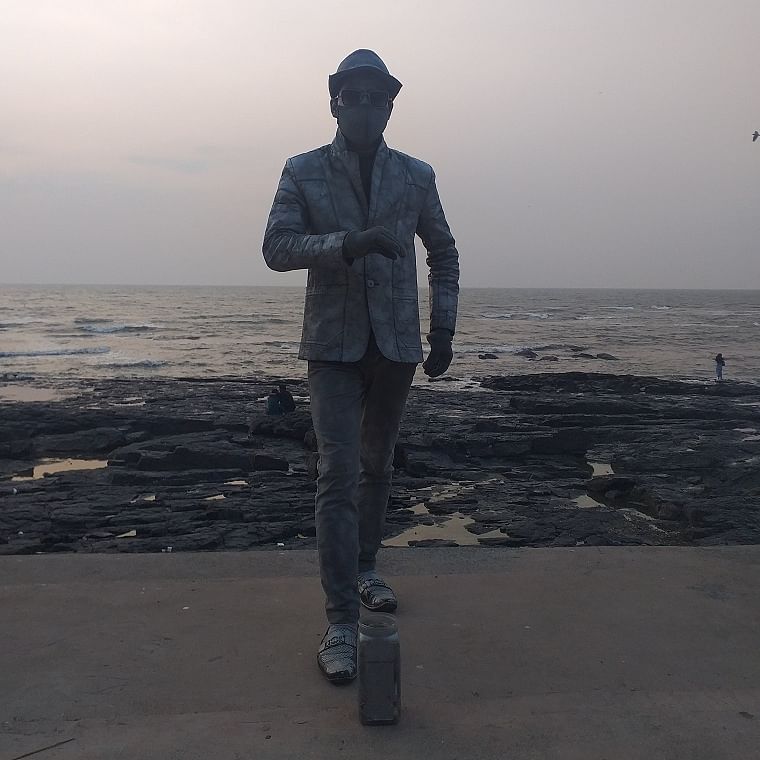 Reveals Singh, “Yeh sab London, America aur Japan mein hota hai,” referencing the statue art form. “I get a lot of love from the people for what I do.” In reality, Singh has a passion for classical music and he trains in the medium everyday before his evening job as a living statue. He tells us that when he came to Mumbai from Jharkhand, he was a cameraperson for web series, but the long hours were too taxing and something he wasn’t happy doing at all. This way, as a human bust, he earns far more, and works lesser hours and also gets to devote time to his one true love – music and singing. Ultimately Singh is looking for that one big break as a singer.

Further down south of Mumbai, at Bandra’s Bandstand, opposite Barista cafe, from where sunsets are prized, is Mumbai’s other Silver Statue. His name is Vishal Kumar Sharma and he doesn’t seem as outgoing or friendly as Singh. A little more reserved, a little more withdrawn Sharma has also adopted the art of statue performance. One might say this new style of street busking is still coming up in Mumbai. Once again in Bandstand people love him, especially as they notice us taking pictures of him and trying to get him to say something to us about his quotidian art. A group of dancers in the vicinity manages to convince him to move to another spot where the light is better and they can click fun pictures – perfect for Insta and Facebook. One of their seasoned pros does some backflips, and something that looks like the six-step in hip hop, with him in the mise-en-scene.

Read Also
Sit. Chill. Relax: Can there be many Europe-style cafés where idling is a thing, in India too? 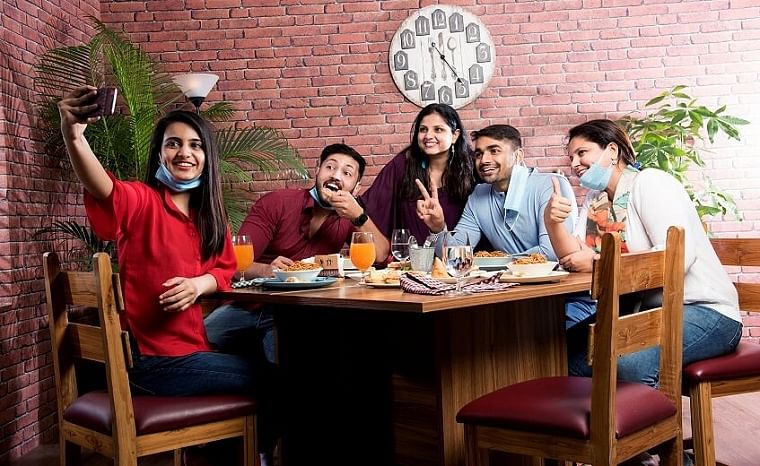 Shares 17-year-old Sharma, “I came to Mumbai to be an actor. I got calls for auditions and was even selected, but then things didn’t materialise as I didn’t have the ‘industry card,’ which is required for wannabe Bollywood actors and actresses. I didn’t have the money for the card and hence I started performing as a live statue. I have seen this art form trending in foreign countries and so thought I too could do it here in Mumbai. It’s a way for me to support myself and my family for the time being…”

One sees that taking up this job is a way for people like Singh and Sharma to hold their own, in times which are tough. A little laughter, a little humour and entertainment on the streets of Bombay never hurt anyone and these guys have capitalised on people’s need to always want new pleasures and unique ways to brighten up their Instagram.

One could say Singh and Sharma are our present-day ‘mera naam jokers’, and the city is only better for them. Even the usually intolerant and angsty Bombay cops have accepted their presence on the streets. 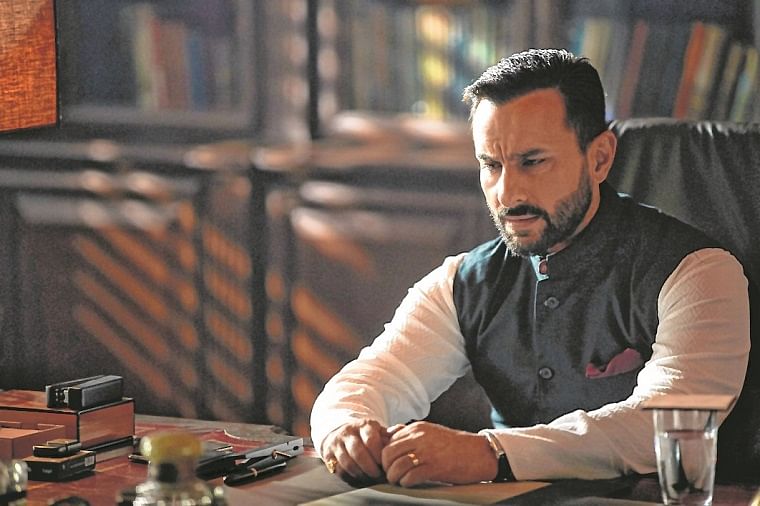 A few months ago, we even had our own Golden Boy – 23-year-old Girjesh Gaud. Gaud was also one of the city’s human figurines, earning his living through doles and charity, for his painstaking, body-breaking art, but dumped the job a few months ago, after nearly two years of doing it. “It was tough on the body, and it was also becoming a habit for me – not a healthy habit. I would stay out till late performing on the street, and then wake up late the next day. I now make a lot of videos on the Tiki app, and have a strong social media presence.”

The city’s Golden Boy Gaud has performed at Azad Maidan, at the Gateway of India and a number of other locations. He has even appeared on Kapil Sharma’s show, the weekend laugh riot that is a staple for those who just love listening to the famous jabber-mouth who has a joke for everyone on the set. Referring to his time as Golden Guy Gaud says, “People would say nasty things to me, however, I never took it to heart. They would say ‘bheekh maang raha hai, why don’t you have a job?’ This is the real world and it can go negative on you. But, then I started becoming popular and earned respect for what I did. I have even participated in prank videos to scare people, which went viral eventually.”

So the next time you are out somewhere at a tourist spot in the city, beware, that shiny, gilded statue, that seems like it was erected to enhance the city’s beauty, may just come alive! It may even cheekily and slyly pinch you – enhancing the dramatis personae of the city.

Read Also
From One World concert to #savewithstories: How virtual events kept the world afloat amid the... 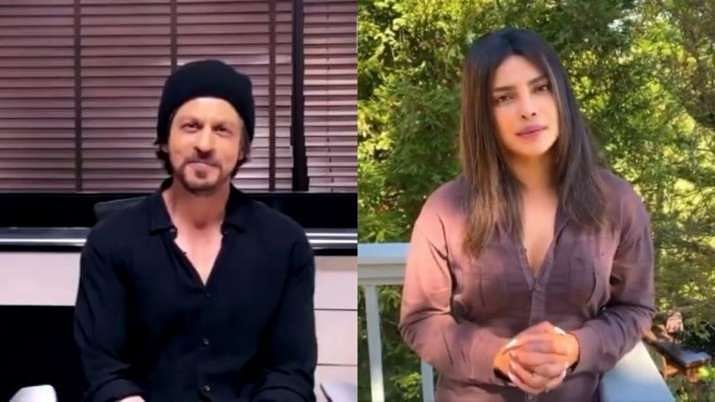