The incident reportedly occurred in South Africa's Selati Game Reserve, when a group of trainee guides were taking a safari ride in the forest.
FPJ Web Desk 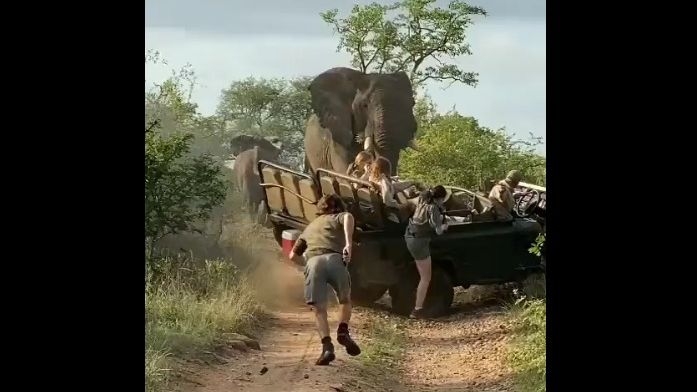 Elephants are known to be one of the calmest wild animals, however, when angry, they can be extremely dangerous and cause destruction. A video has now gone viral on social media which features some spine chilling scenes as an angry elephant comes charging at tourists and almost overturns their safari jeep.

The incident reportedly occurred in South Africa's Selati Game Reserve, when a group of trainee guides were taking a safari ride in the forest. As the jeep was passing through a narrow lane, a giant bull elephant broke out from the bushes and charged at the jeep.

According to Daily Mail, the video was recorded by EcoTraining guides and it shows how the 13-foot elephant overturned the jeep over. There was also a safari vehicle behind the jeep as a panic-struck guard can be heard shouting, "Get out, get out, get out."

The trainee guides managed escape the wrath of the aggressive elephant and endured no physical harm.

EcoTraining also released a press statement on social media. It read, "On a routine activity, the EcoTraining instructors and trainees came across a breeding herd of elephants. The vehicle stopped to observe the elephants and give them a chance to settle down. An elephant bull, who was with the breeding herd, mock charged the vehicle. The elephant bull mock charged again, when they moved forward slowly, and then made contact with the game drive vehicle and displaced it off the road. Once the vehicle had come to a standstill, the trainees were moved to the second vehicle that was parked in close proximity. Both EcoTraining instructors that accompanied the trainees have more than 25 years of experience in the field."

The viral video also sparked a debate on social media with many animal lovers pointing at the hazards of humans interference in animals' territory, while others came out in support of the trainee guides and were relived that no one was hurt.

Check out some of the comments here: 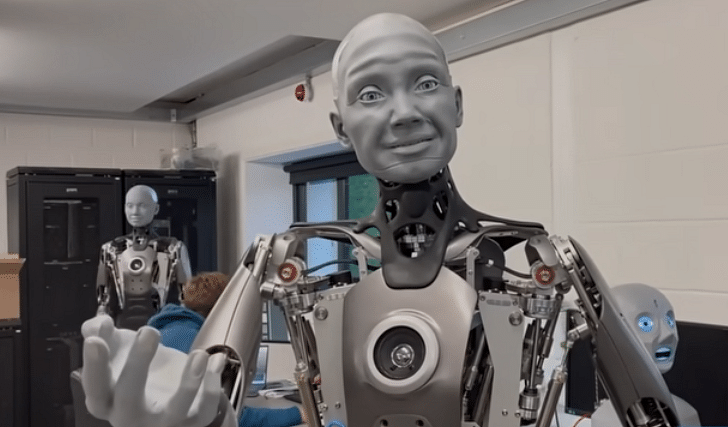 WATCH: This viral Robot gets emotions 'on point'; netizens are simply loving it
Advertisement