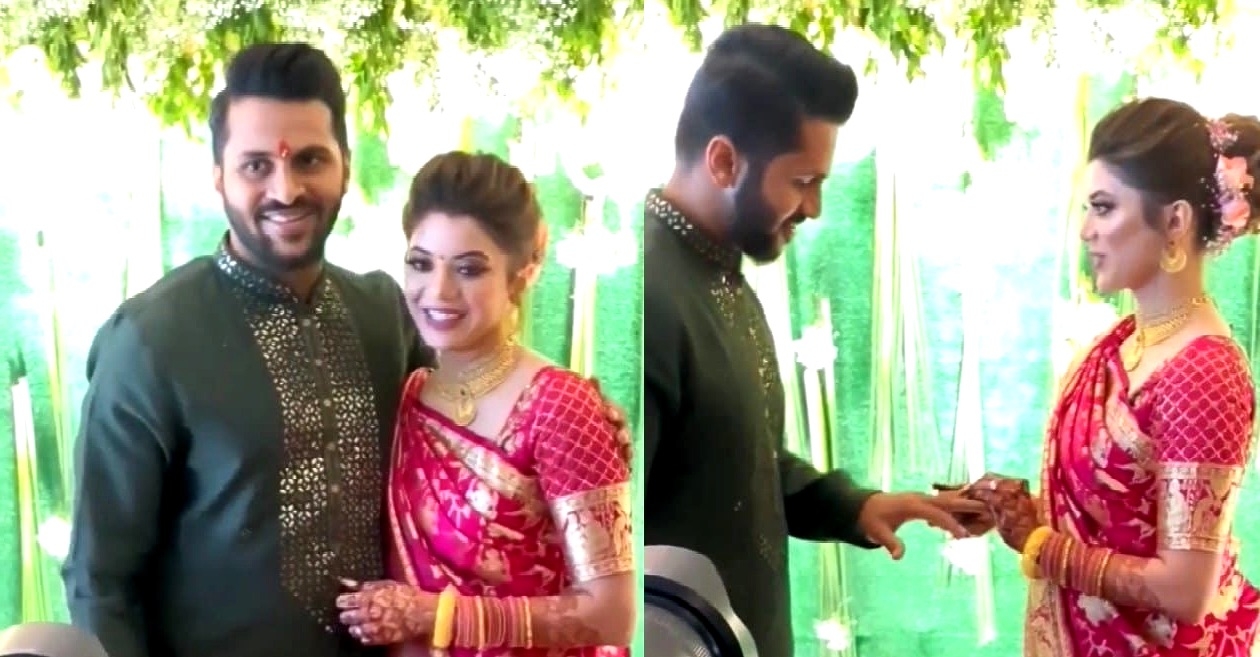 India's Shardul Thakur was engaged with his girlfriend Mittali Parulkar in a private ceremony on Monday in Mumbai. Thakur was rested from the ongoing home series against New Zealand.

The right-arm fast bowler returned wicketless in the two matches he played in the multi-nation tournament in the UAE. Before that, he had a successful run in the IPL 2021 where he finished as the leading wicket-taker for Chennai Super Kings.

Thakur is expected to join the India 'A' squad in their tour of South Africa for the final game, before linking up with the senior squad. However, there are concerns of the tour going ahead due to the omicron variant of coronavirus spreading widely in South Africa.

Twitteratti reacted to this news of Thakur's engagement with memes and comments.

We officially have a ‘Lady’ now. Lord Shardul Thakur gets engaged💍 pic.twitter.com/3m7mhIIXvS

Thakur made quite a name for himself, especially with the bat, in the Tests in Australia as well as England earlier this year. Providing a useful lower-order batting option, Thakur was one of the four seam-bowling options India opted for.