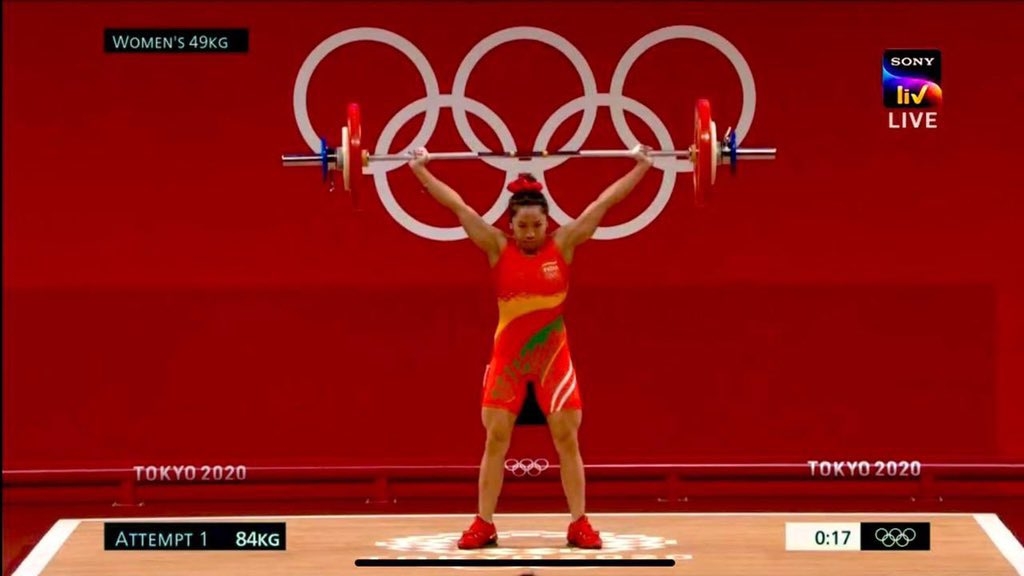 Weightlifter Mirabai Chanu brought joy to millions on Saturday, winning India's first weightlifter to win the Olympic silver medal. But even as elated netizens cheer online, perhaps nothing can compare to the jubilation felt by her friends and family in Manipur. Visuals that have since gone viral show her family and neighbours gathered together, presumably watching the tournament. There are a few nail-biting moments, before they erupt into cheers.

Chanu lifted a total of 202 kg (87kg in snatch and 115kg in clean and jerk) during her four successful attempts across the competition. China's Zhihui Hou bagged gold with a total of 210kg and created a new Olympic Record while Indonesia's Windy Cantika Aisah grabbed bronze with a total of 194kg.

"We are very happy today. This is a result of her hard work. India and Manipur are proud of her today," her brother told ANI. The report explained that they had remained glued to the television today, watching her inch closer to the coveted medal.

Mirabai got off to a flying start after she completed her lift of 84 kg in the first attempt in snatch. Manipur-born weightlifter then proceeded to complete the 87 kg weightlift with ease but failed to complete the 89 kg lift in her last attempt. With this monumental silver medal, Chanu has become the second Indian weightlifter to win an Olympic medal after Karnam Malleswari bagged bronze in the 69kg category at the 2000 Sydney Games when the weightlifting arena was opened to women for the first time.

And while some on social media were a tad alarmed by the lack of social distancing in the now viral clip, others pointed out that every individual seen in the clip was masked.

"Have seen countries celebrate their win like this after winning FIFA World Cups and Euro Cups. Feels great seeing this," cheered one user.

"Watching the person lifting his hands and synchronosing with the sportsperson makes the spirit high. That is the way of adding strength. That should be our nature," remarked another. 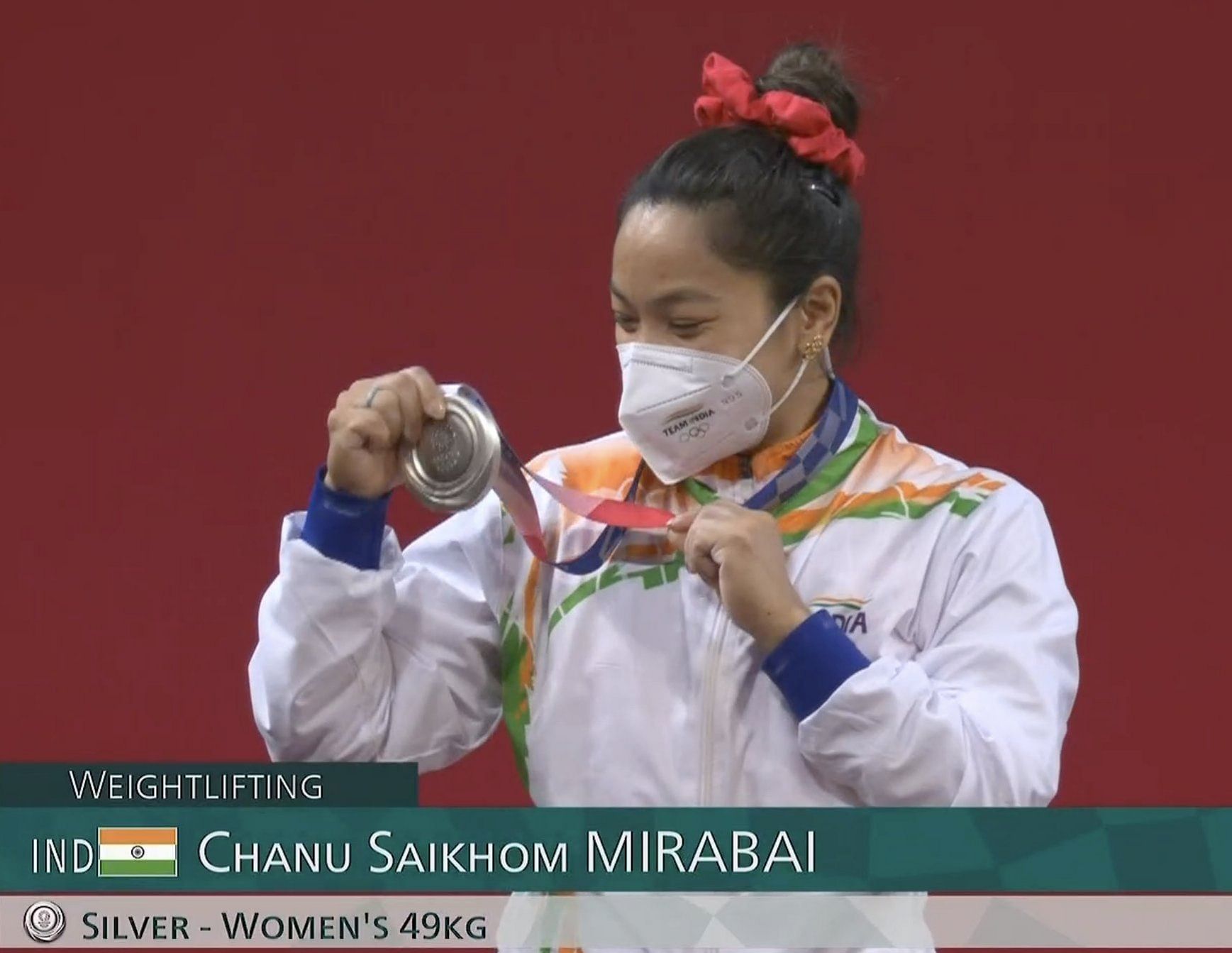