A shooting in elementary school in Texas by a teenage gunman on Tuesday has shocked the entire world. As many as 19 kids and two adults were killed in the attack. A number of celebs expressed their grief and anger over the incident and some even questioned the US government over the frequent school shootings.

"It's time to turn this pain into action for every parent, for every citizen of this country," Biden said, his voice heavy with emotion.

"It's time for those who obstruct or delay or block commonsense gun laws -- we need to let you know that we will not forget," he said.

Texas Governor Greg Abbott, addressing an earlier news conference, named the suspect as Salvador Ramos, an 18-year-old local resident and a US citizen.

The gunman was killed by responding officers, the officials said.

Several celebs such as Priyanka Chopra Jonas, Selena Gomez, Taylor Swift and others took to social media to express their shock and extended their prayers and condolences for the families affected by the shooting.

Taylor Swift took to Twitter and wrote, "Filled with rage and grief, and so broken by the murders in Uvalde. By Buffalo, Laguna Woods and so many others. By the ways in which we, as a nation, have become conditioned to unfathomable and unbearable heartbreak. Steve’s words ring so true and cut so deep."

Here's how others celebs reacted:

Filled with rage and grief, and so broken by the murders in Uvalde. By Buffalo, Laguna Woods and so many others. By the ways in which we, as a nation, have become conditioned to unfathomable and unbearable heartbreak. Steve’s words ring so true and cut so deep. https://t.co/Rb5uwSTxty

What the hell is going on in the USA?!!
This is horrific and tragic! Seems entirely avoidable too .. why are gun laws not changing in the USA? 14 children dead in a school & only 10 days after the #Buffalo shooting.
My heart goes out to the parents & families 💔 https://t.co/h7Oa2eVnZP 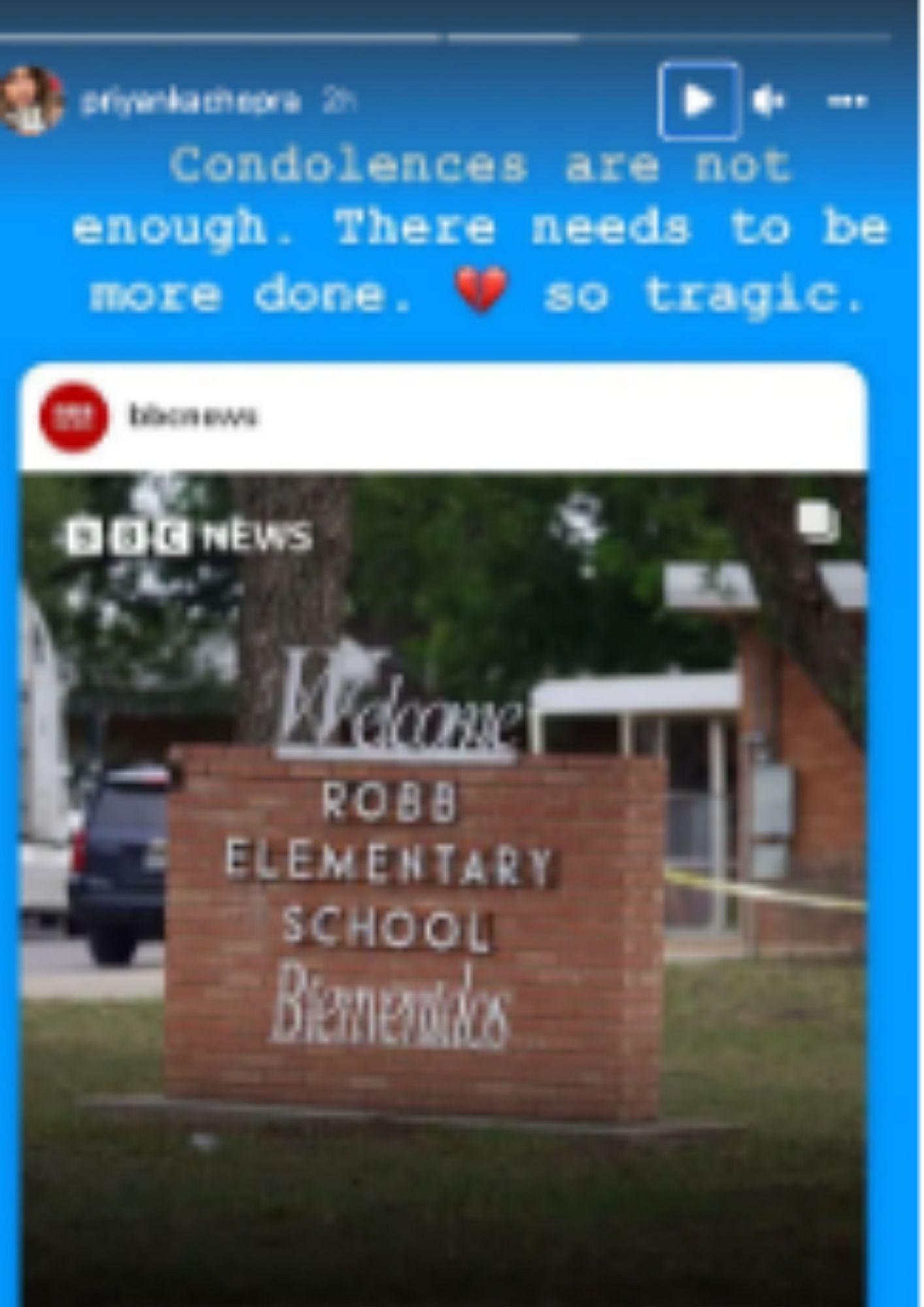 It happens, and then life goes on. Then it happens again. And the only thing that changes - the literal only thing - is that it happens sooner and sooner

My thoughts and prayers goes out to the families of love ones loss & injured at Robb Elementary School in Uvalde, TX! Like when is enough enough man!!! These are kids and we keep putting them in harms way at school. Like seriously "AT SCHOOL" where it's suppose to be the safest!

Today in my home state of Texas 18 innocent students were killed while simply trying to get an education. A teacher killed doing her job; an invaluable yet sadly under appreciated job. If children aren’t safe at school where are they safe?

Has to stop man…… prayers to all the families in Texas 🙏🏽

My heart is heavy with news tonight. Sending you all love and light this evening.

Holding space in my heart for all those suffering the unimaginable.

So they want a teacher to educate your children and also stop a body-armor wearing gunman with an assault weapon for less than $50K a year?

If this dude doesn’t fuck all the way off. https://t.co/3VK4ytkUcj

It was only a few days ago that ten people were killed in a mass shooting in New York.