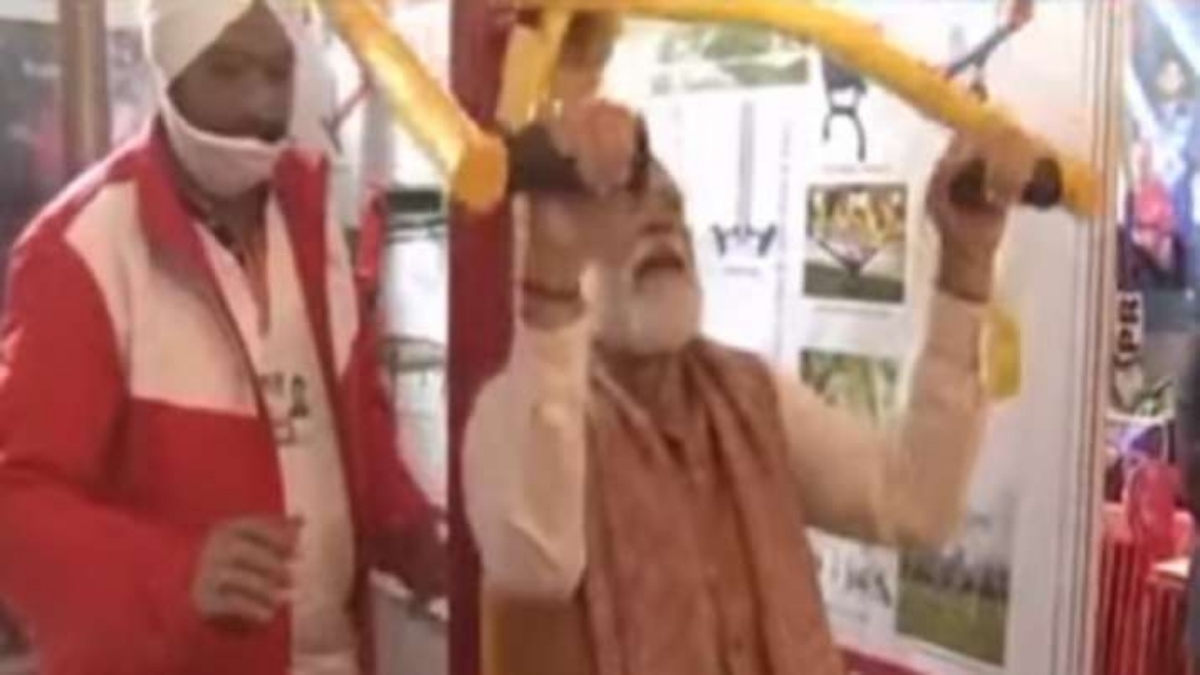 Ahead of the Uttar Pradesh assembly polls, Prime Minister Narendra Modi on Sunday laid the foundation stone of Major Dhyan Chand Sports University in Meerut. One of the key areas of focus for the prime minister is inculcating sporting culture and establishing world-class sporting infrastructure in all parts of the country, and the establishment of this university at Meerut will be a major step towards fulfilling this vision, a government official said.

Notably, PM Modi grabbed attention at the event when he also hit the gym, sending 'fit India' message across the nation. The video of his gymming errupted meme fest after the netizens commented on his workout skills. Few also tried to rectify the prime minister for wrongly doing the exercise.

Take a look at the video and reactions:

Here's how netizens reacted over the video:

Is he trying to do Pull up on Chest Press Machine.
Pls dont teach this exercise to youngsters,they may hurt themselves.

The Prime Minister said that earlier, only rich families in urban cities could access sports training and government were apathetic to sportspersons."

Today, things have changed, India has changed. We are in the 21st century and now wherever the youth goes, India will go," he pointed out. The Prime Minister slammed previous governments and said that till five years ago, girls could not move out of their homes."