'No country for doctors:' Twitter fumes over police brutality on protesting doctors in Delhi

The doctors were protesting against the delay in college allotments after the NEET postgraduate exam.
FPJ Web Desk 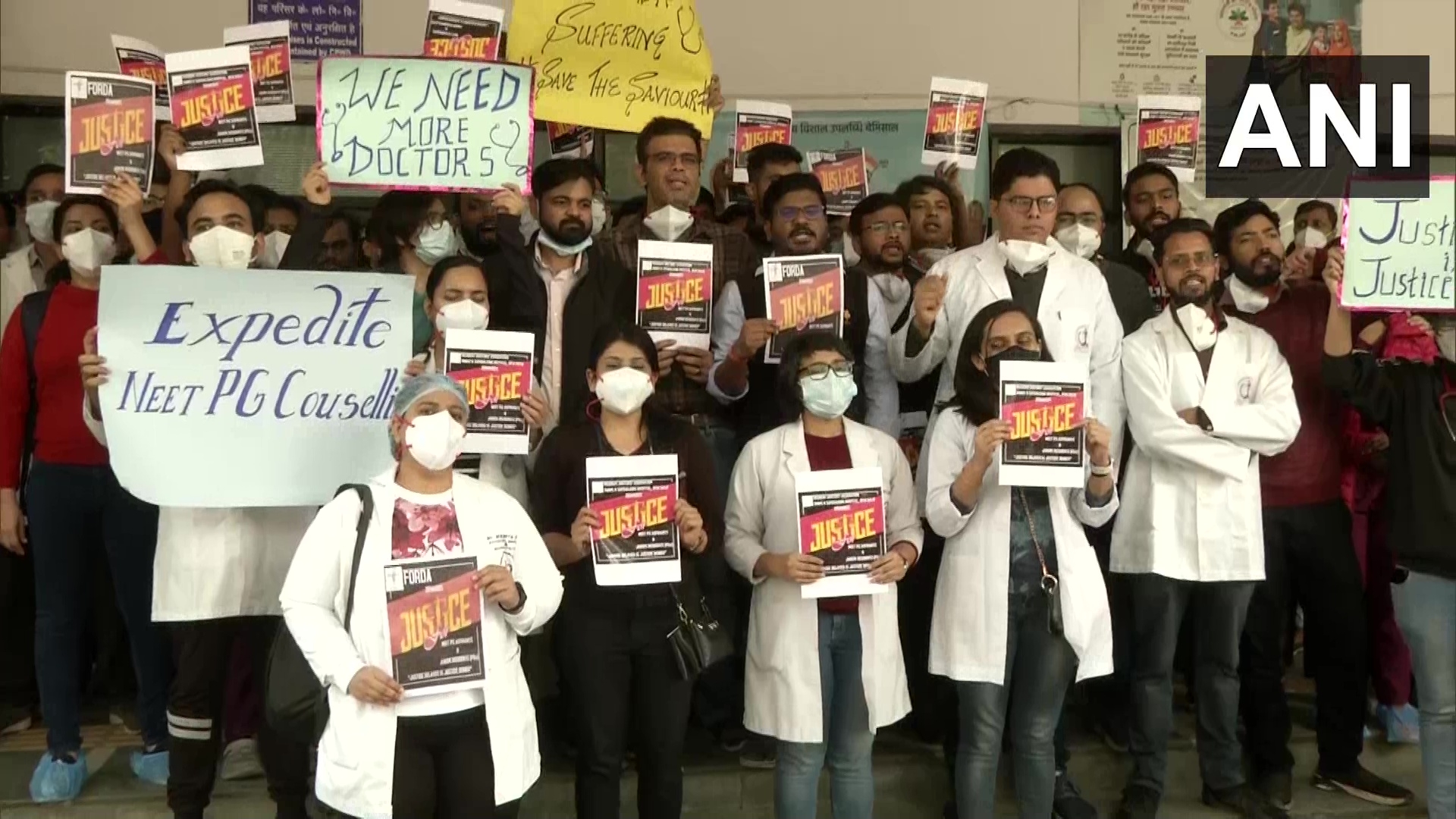 New Delhi: Federation of All India Medical Association (FAIMA) has called for a complete withdrawal from all healthcare services across the country from 8 am on December 29 “in protest against brute force by Delhi Police against doctors.”

The doctors were protesting against the delay in college allotments after the NEET postgraduate exam.

In a statement, the FAIMA said that resident doctors were protesting peacefully and alleged that female doctors were brutally thrashed and lathi charged by male police personnel during the demonstration.

Meanwhile, Federation of Resident Doctors' Association (FORDA) has called for a complete shutdown of all healthcare institutions starting Monday after doctors were detained by the Delhi Police during the protest march.

Calling it a "black day" for the medical fraternity, many women doctors alleged that they were manhandled during their march in the day that culminated in an intense face-off with the police and a vigil well into the chilly December night.

The police brutality sparked anger among the people as several of them took to twitter to slam the government and authorities for the incident.

If life savers will also have to struggle for their lives,then who's gonna help us in the third wave of corona #Omicron ?

Nearly every sector in this country is on roads fighting for their rights
This is the new India we are living in.#BankersWithDoctors#neetpg2021counselling pic.twitter.com/C8jcRaqPdm

🎬 "No country for doctors"

Thousands of #Doctors from different Hospitals of the country have gathered. In #SafdarjungHospital of #Delhi

They're working 72 hours shifts without food. You think detaining them will break them? #neetpg2021counselling

They're the same doctors sacrificed everything in #COVID19,were the backbone of nation's defense against COVID,
Now brutally thrashed manhandled protesting not for themselves,but for nation #ExpediteNEETPGCounselling2021 #neetpg2021counselling @FordaIndia @ShashiTharoor pic.twitter.com/qx2yaDltJ8

If this is how doctors especially those who hv been working so hard throughout the covid times are treated in our country, noone should ever take up medicine here.
These young pg doctors are the future of our health-care and this is not what they deserve.#neetpg2021counselling pic.twitter.com/VeZx6rmQdB

Modi govt is overall not good for healthcare professionals. Starting from promoting mixopathy, increment in reservation & an year of delay in admitting resident doc. Its failure in many ways. #neetpg2021counselling #FORDA

Every hearing about political issues are solved within 2-3 days now. But when it's about our education field,about our whole health care issue,the government is totally speechless 😶.From their side,no helping hands come forward to the doctors. #neetpg2021counselling #healthcare pic.twitter.com/4CP9V6uEGU

Doctors who should have been coming in July 2021, are not there in Dec. 2021 there is no clue when the neet pg counselling going to happen. No notice. 6 mnths past doctors are working with a 33% strength? Serving the nation is their crime ? @MamcRda #neetpg2021counselling pic.twitter.com/LvWZztksoh