'It's her choice': Twitterati support Sushmita Sen after trolls assume she has vodka bottles in car

Sushmita Sen and Lalit Modi are in a relationship

Sushmita Sen has been creating headlines ever since people have come to know about her association with Lalit Modi. She has been trolled on social media and has also been called as a gold digger. While the photo looks like a selfie, some people on social media took pains to find alleged alcohol bottles.

A Twitter user even posted the screenshot of the same and wrote a caption, “What’s that?" People came and supported the actress as trolls targeted her.

So what’s the problem it’s her life her choice.

Something that you can't afford🤭

Meanwhile, Modi who is the founder of IPL created riot on social media when he posted a series of intimate photos with the former Miss Universe and Bollywood actress. The businessman clarified that the duo were only dating and that marriage would happen one day. People earlier, found out old tweets, hashtags related to Sen and the businessman. Earlier, they found that Modi's old response to ''my SMS'' tweet and had even trolled Modi for the same.

Read Also
Lopamudra Raut: 'If we celebrate Ranbir-Alia, Deepika-Ranveer, then we must celebrate Sushmita... Read Also
Vikram Bhatt says, 'Sushmita Sen is not a gold digger, she is a love digger!' 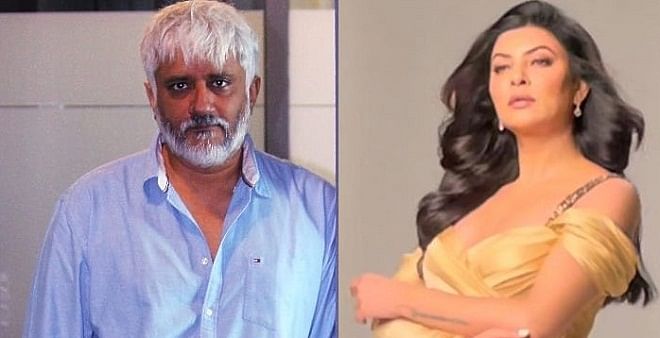 HomeViral'It's her choice': Twitterati support Sushmita Sen after trolls assume she has vodka bottles in car