The right-hander has enjoyed tremendous success this year, scoring 1,201 T20I runs in 27 games at an average of 75.06.
FPJ Web Desk 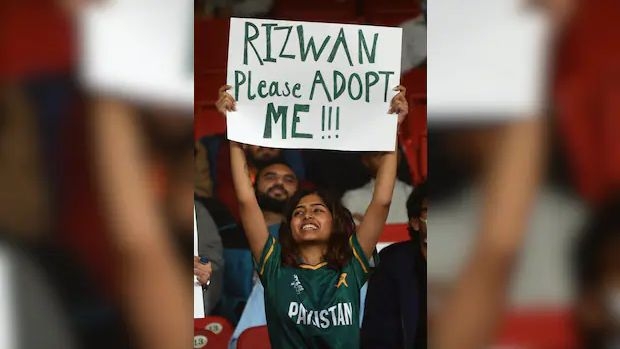 Pakistan batter Mohammad Rizwan has been among the top performers in the ongoing T20I series against West Indies. The right-hander has enjoyed tremendous success this year, scoring 1,201 T20I runs in 27 games at an average of 75.06, featuring 11 fifties and a century which is the most by any player in this format of the game.

Needless to say, Rizwan's brilliant stats have earned him a lot of fans not just in Pakistan but all around the world and it was not surprising at all to see the way a young fan was cheering for the cricketer during the second T20I between Pakistan and West Indies on Tuesday. However what made her a talking point on social media was the banner with which she cheered on Mohammad Rizwan.

A photo that is doing rounds on social media shows the woman holding a placard that reads "Rizwan please adopt me". She was photographed sporting a green jersey and a smile on her face during the game at the National Stadium in Karachi.

Social media users were amazed to see the unusual banner, as reactions poured in on Twitter after the picture began to circulate widely.

Sorry ! Rizwan have a Pillow pic.twitter.com/LuqMcyHYua

That Girl in the Crowd
"Rizwan please Adopt me" 😭😂😂

You're excused as he has already adopted his fav pillow 😁 pic.twitter.com/TnwxsqsLNX

This is not the first time that a funny banner displayed during a match has gone viral on social media. In September, a fan who attended the IPL game between Chennai Super Kings (CSK) and Royal Challengers Bangalore (RCB) with a banner that read "My wife did not allow me to wear my CSK jersey," had become the talking point on Twitter. 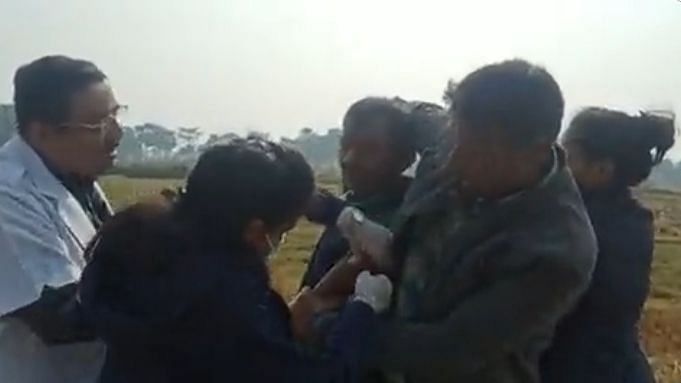