The Twitter CEO wrote, "Sometimes it's just better to make pizza at home." In case you didn't get the pun from the pizza tweet, we have you covered.

Twitter CEO Elon Musk trolled controversial influencer and former kickboxer Andrew Tate with his pizza tweet after praising the young climate activist, Greta Thunberg, by calling her "cool." This came in regard to the recent spat between the two on the cars Tate owned and their resultant gas emissions. Meanwhile, in another matter, Tate got arrested by the Romanian Police.

Musk tweeted on Saturday and wrote, "The sheer amount of brand awareness achieved by Greta within a few years is astounding. I think she’s cool tbh." In another tweet, he wrote, "Sometimes it's just better to make pizza at home." Several users expressed their thoughts on Musk's words and what topped was the reply that hit at Tate's arrest and read, "At least in Romania."

At least in Romania

In case you didn't get the pun from the pizza tweet, we have you covered. According to the New York Post, the joke referred to the theory that Tate was located hiding in Romania after posting a video of himself carrying a Jerry's Pizza box, a popular food brand in the country.

Tate had tried to use the box as a prop to clap back at the 19-year-old eco-warrior with whom he had been involved in a viral Twitter argument just one day earlier. Reportedly, Tate and his brother Tristan were arrested in Romania on charges of kidnapping and rape. 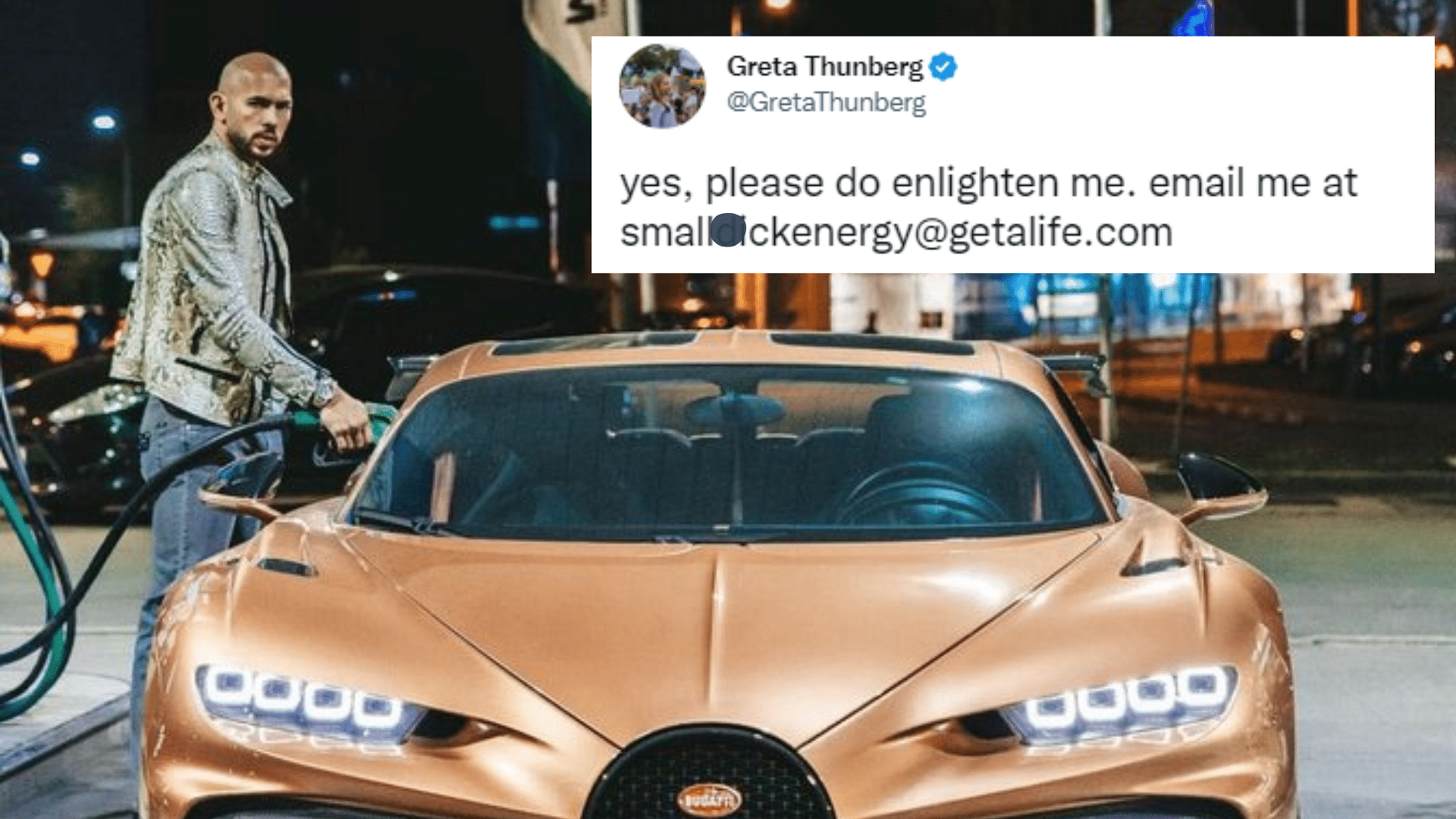