The drunk passenger, Muhammad John Jaiz Boudewijn, is himself a pilot for Indonesian carrier Batik Air and an emergency landing had to be done at the Kualanamu International Airport, Medan, Indonesia

When a Turkish Airlines flight was traveling from Istanbul to Jakarta on October 12, a man threw punches at a flight attendant. As per reports, the flight attendant tried to calm the drunk 48-year-old Indonesian passenger identified as Muhammad Hohn Jaiz Boudewijin. The passenger all of a sudden, bits the attendant’s finger. Interestingly, Boudewijin is himself a pilot for Batik Air, Indonesian airline.

The video went viral and was viewed by 533.6K people from the date it was uploaded on Twitter. WATCH the video below:

The #flightattendant tried to calm the drunk 48-year-old Indonesian passenger, identified as Muhammad Hohn Jaiz Boudewijin. The passenger, all of a sudden, bit the attendant’s finger. pic.twitter.com/ZBl6EBHbXY

As per media outlet, the Boeing 777 departed again to arrive at its destination at around 8 pm local time as The Batik Air pilot was made to leave the plane.

Due to the insensible behaviour of the passenger, the flight had to arrive in Indonesia's capital, Jakarta, on Tuesday at 5 pm but had to land at Kualanamu International Airport, Medan. 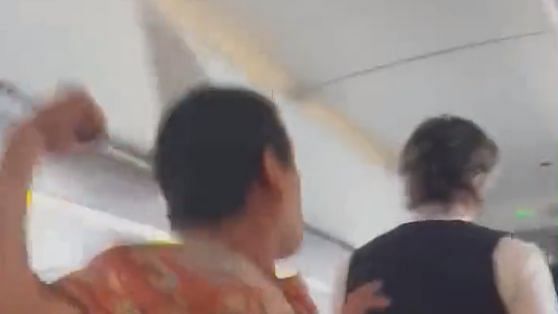