Greta's speech has sparked controversies on Twitter as netizens are not fully impressed by the "blah blah blah' phrase, which however did amaze quite a few people who say that it was a great step taken by the young activist. 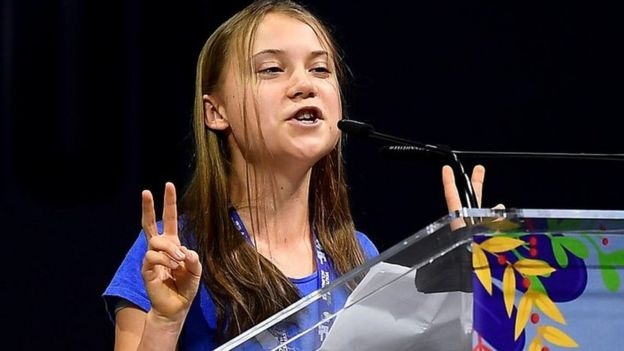 Swedish Greta Thunberg has slammed world leaders for their pledges to address the climate crisis, calling them "blah, blah, blah",at a youth climate summit that took place in Milan on Tuesday.

“Build back better. Blah, blah, blah. Green economy. Blah blah blah. Net zero by 2050. Blah, blah, blah,” the 18-year-old activist said in her speech. “This is all we hear from our so-called leaders. Words that sound great but so far have not led to action. Our hopes and ambitions drown in their empty promises.”

She also repeated statements by Boris Johnson, who said, "This is not some expensive, politically correct, green act of bunny hugging," and Narendra Modi, who said, "Fighting climate change demands for ingenuity, cooperation, and willpower," but insisted that the science was not deceiving. Thunberg spoke at the Youth4Climate forum, which took place just two days before dozens of ministers gather in Milan for a final high-level meeting before the COP26 climate negotiations in Glasgow in November.

According to the UN, carbon emissions are on course to climb by 16% by 2030, rather than the 50% reduction required to keep global warming within the internationally agreed limit of 1.5°C.

Greta's speech has sparked controversies on Twitter as netizens are not fully impressed by the "blah blah blah' phrase, which however did amaze quite a few people who say that it was a great step taken by the young activist.

Blah blah blah is all what she said? 🥴 what a strong speech…

Her "build back better, bla, bla, bla" sums up our leaders perfectly

Greta Thunberg's new song out yesterday at the #Youth4Climate opening plenary at Milan.

Speech at YouthCOP. "We can no longer let the people in power decide what hope is. Hope is not passive. Hope is not bla bla bla. Hope is telling the truth. Hope is taking action" pic.twitter.com/gYuJtMkcbD

‘Blah Blah Blah’ is the next level of ‘How Dare you’#GretaThunberg is the trendsetter #COP26 #ClimateEmergency
pic.twitter.com/wAq4d5SI4F 'Not the lost generation, we are the welcome generation': BTS's message of hope fills Twitter with...