Android may soon translate iMessage reactions into emoji for users; here's all you need to know 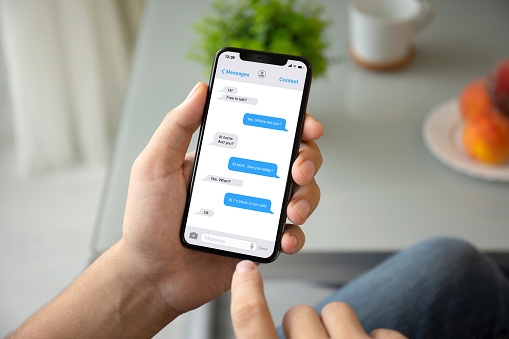 Google Messages app on Android devices may start showing iMessage reactions as emoji characters instead of a text soon.

According to 9to5Google, in the latest beta update to Google Messages discovered that instead of showing iMessage reactions as texts, Google Messages could soon change them into emojis.

iMessage users on iOS and macOS can add reactions, such as a laugh, thumbs up or down and other reactions, which show up as an annotation in an iMessage. While those reactions can be used to react to a acegreen bubble" message from an Android user, but Android doesn't currently interpret them correctly.

While a thumbs-up reaction on an iPhone shows properly on another iPhone user's device. However, on an Android device, the reaction will be displayed as text, then show the text of the message.

Another feature spotted in the teardown is the ability to set birthday reminders in Messages. This means the recipient's birthday will show up in the conversation list.

Meanwhile, WhatsApp has released the 2.21.24.8 update for its Android users on the beta channel, which reveals the company is working on message reaction notifications for its Android app.

WhatsApp has been developing the message reactions feature for a few months now, which, as evident from its name, lets users react to messages the same way they react to the posts and comments on the Facebook app.

Previously, WhatsApp had no plans to notify users of message reactions, but the company later began developing it for the beta version of its iOS app and now it is also working on providing the same feature to its Android users.