Rajkummar shared the video on Instagram and wrote, “US @patralekhaa. Sharing a glimpse of the most beautiful day of our lives with all of you.”
FPJ Web Desk 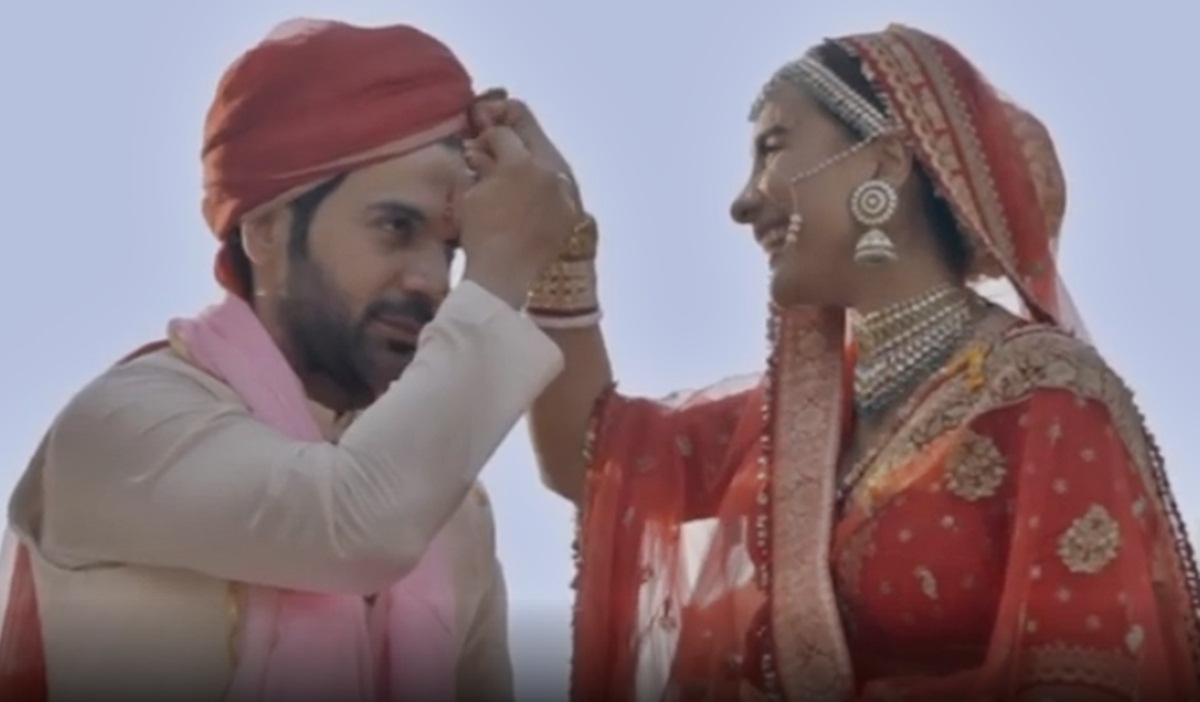 Days after Bollywood actors Rajkummar Rao tied the knot with his long-time girlfriend Patralekhaa, he recently dropped a montage of their intimate moments from the wedding ceremony.

Rajkummar shared the video on Instagram and wrote, “US @patralekhaa. Sharing a glimpse of the most beautiful day of our lives with all of you.”

In the video, Patralekhaa can be heard telling Raj, "It's been 11 years but I just feel like I know you since a lifetime and not only this lifetime. I am sure it has been many lifetimes.”

On the other hand, Raj, in a voiceover says, "Honestly, it has been 10-11 years but it still feels like we've just started dating. We just love each other's company so much, we thought let's just do it. Let's just be husband and wife."

However, one move that stood out from their traditional wedding was when Rajkummar put the vermillion on Patralekhaa’s forehead and asked her to do the same for him.

For those unversed, the tradition generally involves only men putting it on their wife’s forehead.

Rao was dressed in a traditional off-white sherwani, rounded up with a red turban, Patralekhaa looked stunning in an ethnic red Sabyasachi lehenga paired with heavy traditional jewellery.

Rajkummar and Patralekhaa, have shared screen space in the 2014 drama 'Citylights', which was also Patralekhaa's debut movie.

Meanwhile on work front, Rao will be seen opposite Sanya Malhotra in "HIT - The First Case", which is set to release theatrically on May 20 next year.

The mystery thriller is the remake of the 2020 Telugu hit of the same.

"HIT", which stands for Homicide Intervention Team - tells the story of a cop (Rao) who is on the trail of a missing woman.