Ujjain: Remains of over a millennium old temple surface during excavation at Mahakal temple complex 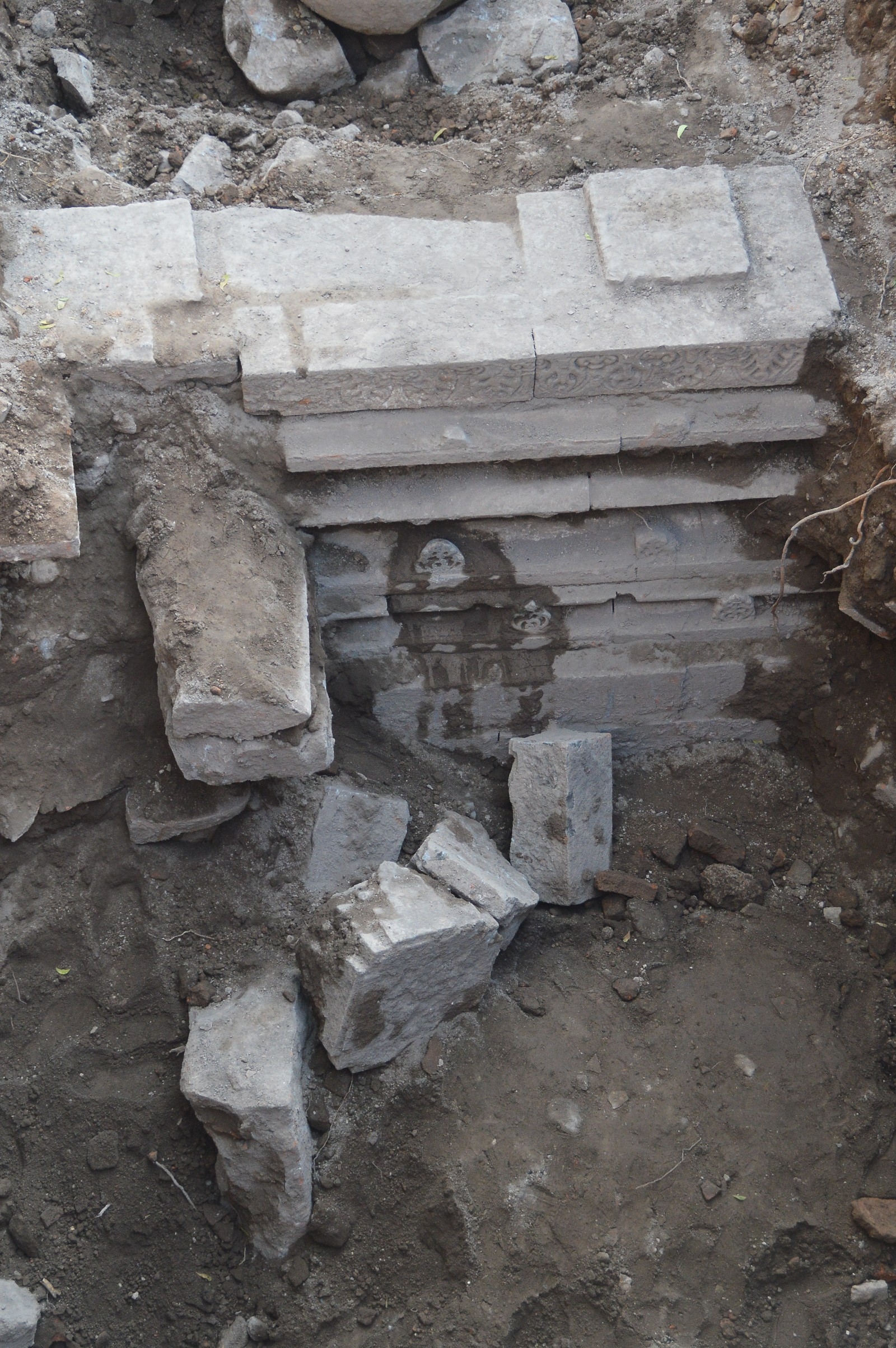 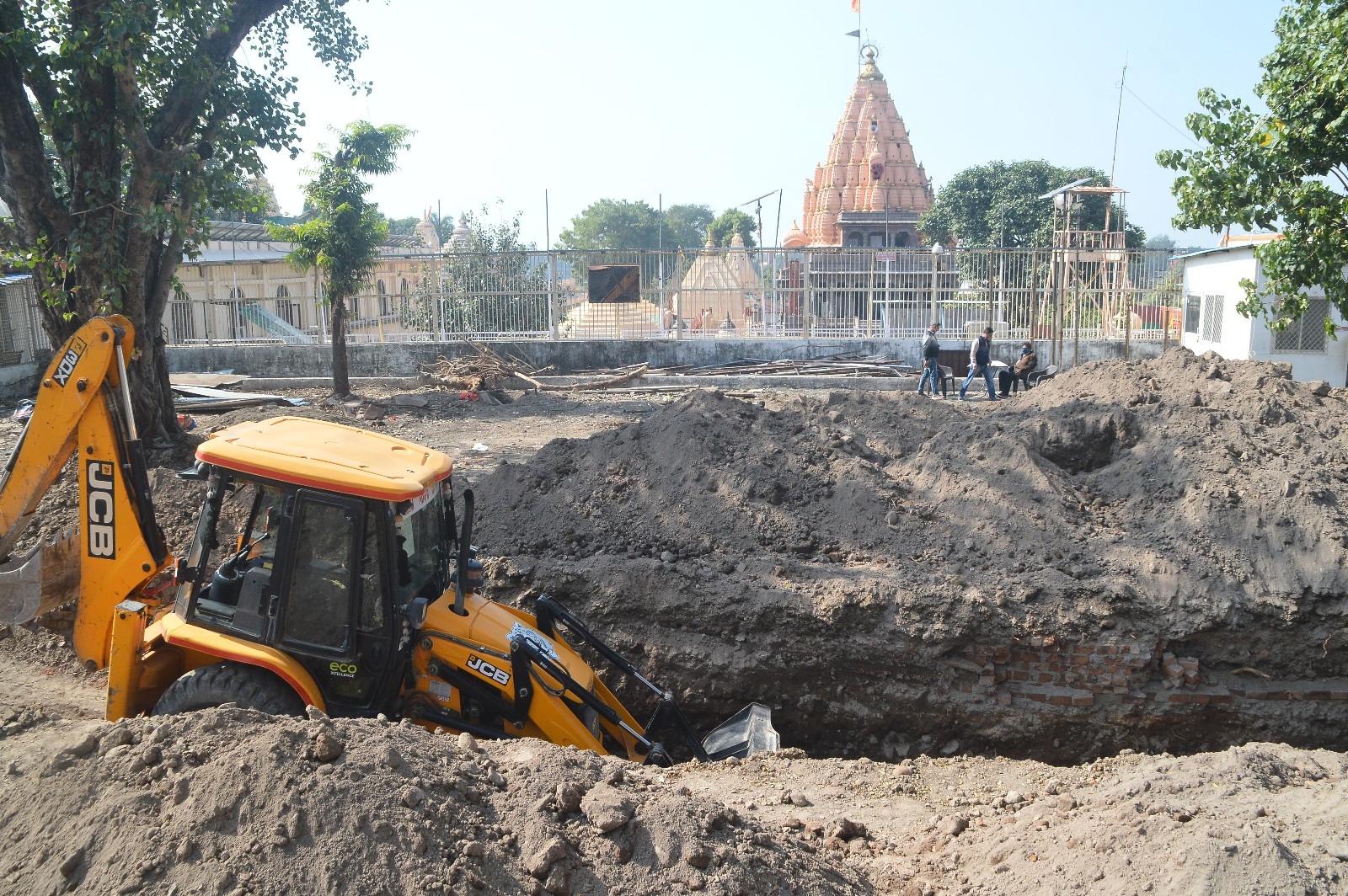 Ujjain: A wall-like structure was found during the expansion work under beautification of Mahakaleshwar Temple, here early on Friday.

According to archaeological experts the remains belong to an ancient temple which is over 800-1000 years-old. The beautiful carving of the ancient times is visible on this wall.

A team of the archaeological department has been summoned by the administration which is examining it. At present, the Mahakal temple excavation work has been stopped.

The site where the remains were of temple like structure was found is located behind the Avanti Mata Mandir. Mahakal temple, along with other urban areas of Ujjain under the smart city, is also being expanded and the Supreme Court has also ordered that encroachments be removed within a radius of 500 metres from the Mahakal temple. The local administration is working to bring temple complex in its original form.

The excavation which has been on for several days led to the old wall which has some carvings. The priests of the temple described that the remains found during excavation are of an ancient wall. The temple administration took the matter seriously and stopped the ongoing excavation work and informed the archaeological department of Ujjain. The officials of the archaeological department visited the spot and examined the inscriptions

It has come to the fore that it is an old temple dating back to 11-12 century. This discovery have raised hopes that the Mahakal temple may be restored to its old form- of 11th century. The same archaeological team also maintains that the temple was built in the 11-12th century by the Parmar dynasty because the script found on the walls is contemporary to the Parmar dynasty.

Sojan Singh Rawat, CEO of Ujjain Development Authority, which has been entrusted the work of expansion of the Mahakal temple premises, along with Mahakaleshwar Temple Management Committee assistant administrator Moolchand Joonwal, Vikram University’s archaeological expert Dr Raman Solani and ASI research fellow Shubham Kevliya visited the excavation site in the afternoon. They decided to withhold the excavation work to clear the site so that the archaeological remains detected beneath 20 ft area from the ground surface can be preserved.

“The Mahakaleshwar temple has been world famous since ancient times because of its splendour. Whenever we dig or build new structures around the temple complex, we find antiquities. Marvels of ancient times are visible inside the ground. Today, we have found the remains of the temple shrine here. What is visible is a part of the temple which is 800 to 1000 years old. These relics are of the time of Dhar’s Parmar rulers . Ujjain was their capital, the king built many temples. One of them is visible part of the temple. The carvings on the style and structures of its construction indicate that these are the Parmar-period’s relics. It is a ‘bhoomi-style’ temple that is raised from the ground. Many sculptures can also be found when excavations are completed. These are the fundamentals of Indian civilization and culture. These relics show how glorious our civilization and culture were and how high the craftsman was. We must preserve these antiquities.”—Dr Raman Solanki, archivist of Vikram University

“This is actually part of the base of the temple, which belongs to the Parmar period of the 11th-12th century. Brick-bats and broken pillars were also found along with the debris. These are evidence of destruction. There was an invasion of Altumish during the said period. An inscription on the temple complex during the period of Parmar ruler Udaraditya mentions that the Mahakal temple was damaged. “—Shubham Kevalia, Junior Fellow, ASI

A high level meeting slated to be held on Friday at Mantralaya, Bhopal at 5 pm has been postponed, a senior official confirmed. Chief Minister Shivraj Singh Chauhan had convened this meeting related to the development of Ujjain’s Mahakaleshwar Temple on the day. 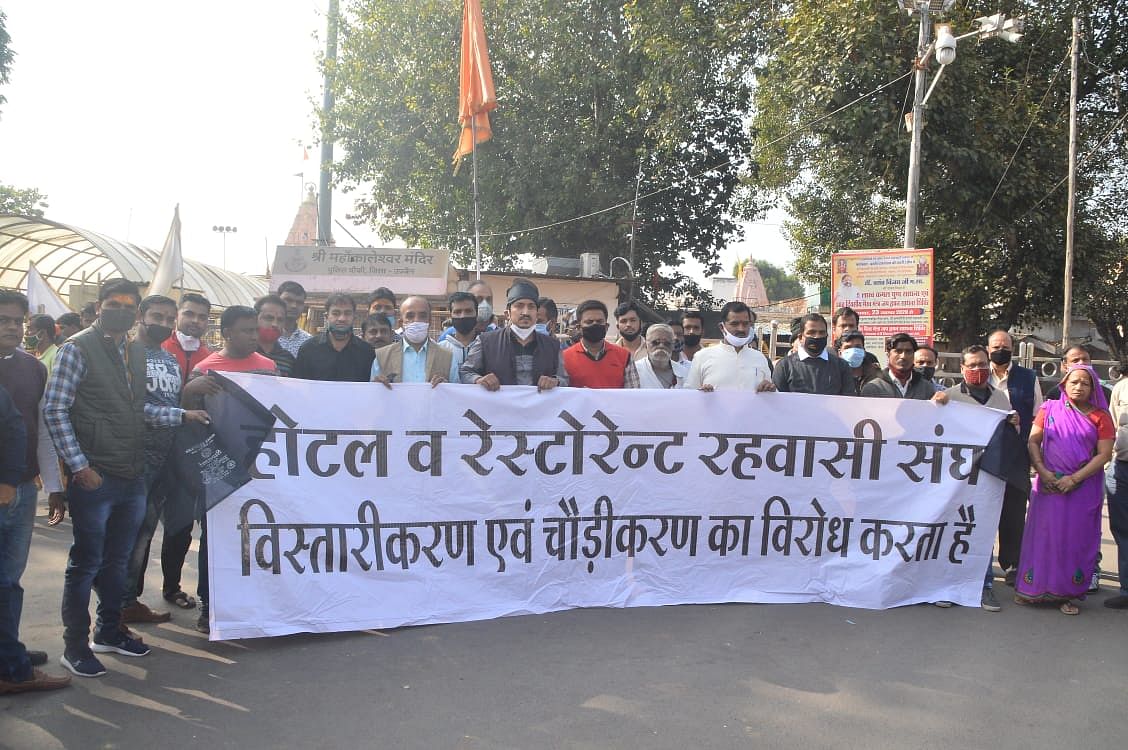