Affected residents carrying thalis take out foot march, in Ujjain on Wednesday. |
Follow us on

Ujjain (Madhya Pradesh): The residents of Gyarsi Nagar, Ram Nagar, Suraj Nagar and Gulmohar Colony of the Simhastha Fair area have now got the support of the BJP. Under the leadership of BJP corporator Gabbar Bhati, a foot march was taken out on Wednesday from the Piplinaka Chauraha and its effect was that the residents got relief for two days. The administration has assured to put a halt on the demolition for the time being.

Hundreds of residents of five colonies are being informed through the Ujjain Municipal Corporation (UMC) to vacate their houses. The direction has created panic among the residents and it is even affecting their health. On Wednesday, led by corporator Gabbar Bhati, residents took out a rally and marched to collectorate, protesting against the UMC’s announcement and demanded that the house not be demolished.

SDM Kalyani Pandey reached the spot and talked to the agitators. She said that she will take a decision in this matter after apprising the collector of the issue. In this regard, the SDM said that a decision will be taken only after talking to the collector. Bhati has called the whole process wrong. He says that the UMC is showing favouritism in giving notices.

Regarding the Simhastha land of Agar Road, Bhairavgarh and Piplinaka area, it has come to fore that the land on which Gulmohar Colony is situated, was for the common man before December 13. All of the sudden after December 13, this land was reserved for the Simhastha area.

Meanwhile, the administrative decision to demolish the houses has affected the health of people as well. Three people have landed in hospital. On Wednesday, residents took out a foot march while banging ‘thalis’. Slogans were also raised. In Gulmohar Colony, three women fainted after hearing the announcement to vacate the house, they have been admitted to the District Hospital for treatment. Their names have been mentioned as Farida, wife of Irfan Khan Ahmed, Mangu Bai and Parveen Sheikh. Mangubai and Parveen were discharged on Wednesday morning, while Farida is undergoing treatment at the District Hospital.

The UMC has given notices to demolish houses to hundreds of residents of Gulmohar Colony, Gyarsi Nagar and three other colonies in the Simhastha Fair area. In these areas, the UMC is also getting announcements done continuously. Due to this, the residents living here are in a panic and their health is deteriorating. 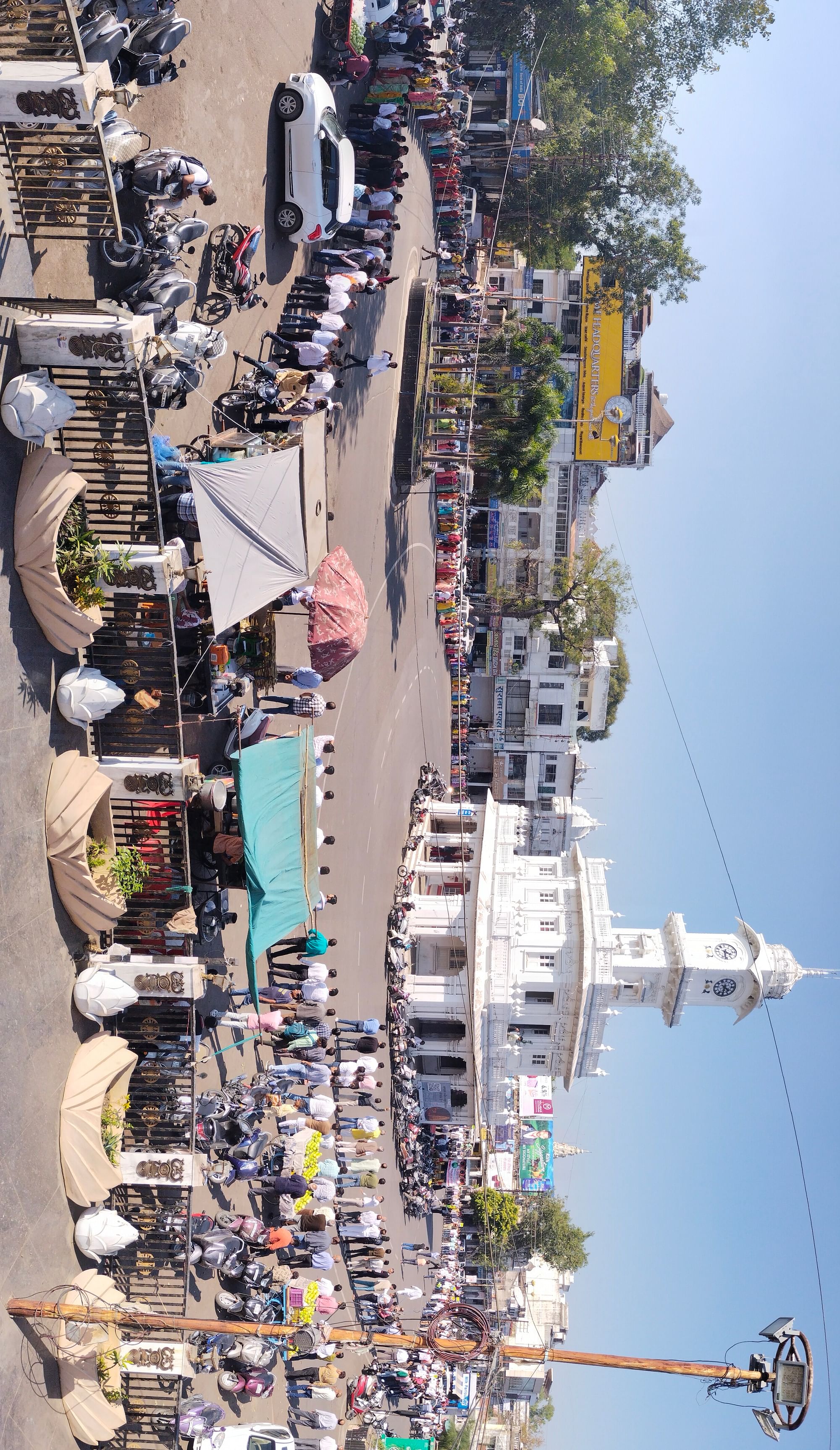