Lakhan is a notorious gangster in the area and has 13 offences against him for selling illegal liquor.

Ujjain (Madhya Pradesh): Ujjain Municipal Corporation (UMC) team reached Amber Colony to demolish the house of Lakhan Pasi, notorious for selling illicit liquor, but faced opposition from his family on Saturday. The family members opposed the UMC team saying that the house is theirs and that if it is demolished then where will they go? Eventually, the UMC team began its action and broke the mesh of the luxurious house. However, by the time the family members started crying out of the pain to see their house demolished.

Lakhan is a notorious gangster in the area and has 13 offences against him for selling illegal liquor. The remaining 4 cases are of assault. He sells liquor by force of arms. In the Neelganga police station area, Lakhan is counted as the famous liquor mafia. He has a two-storey luxurious house in Amber Colony. When the UMC team reached to take action against the encroachment, Lakhan’s family started arguing. They said that Lakhan has nothing to do with the house. Where will we go if the house is demolished?

DSP Santosh Kaul, Neelganga TI Tarun Kuril and Chimanganj Mandi TI Jitendra Bhaskar were present along with the team. After a brief hesitation, the employees of the UMC reached the first floor and began demolishing the house using hammers. They broke steel railings and used hammers in the gallery. Kuril said that Lakhan is a crook and many crimes are registered against him. 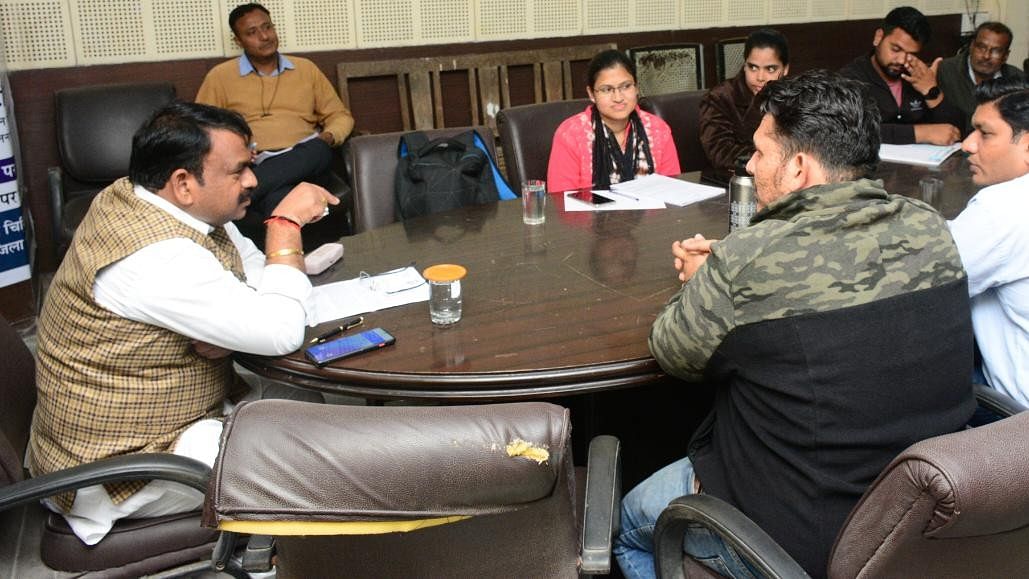 Ujjain: Congress to take out padyatra in all wards