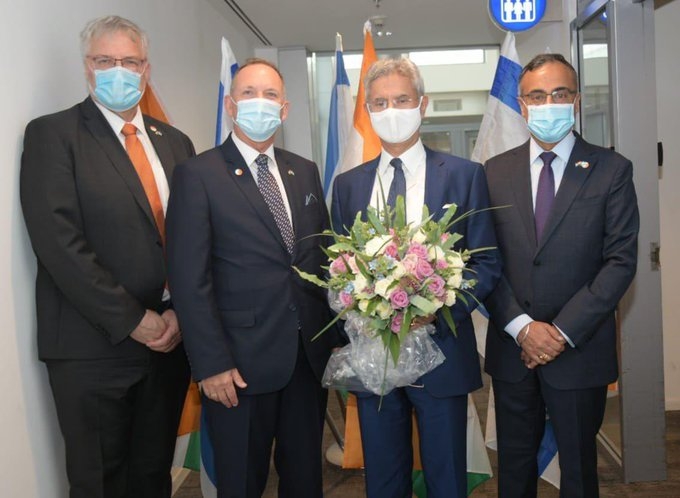 "Shalom Israel! Arrived on my first visit as External Affairs Minister. Looking forward to a great visit," Jaishankar said on Twitter. Jaishankar was received at the airport by Israel's Ambassador to India Naor Gilon, Chief of Protocol at Israeli Ministry of Foreign Affairs Ambassador Gil Haskal, and India's Ambassador to Israel Sanjeev Singla.

The External Affairs Minister will hold bilateral talks with the Alternate Prime Minister and the Foreign Minister of Israel, he will also meet President Isaac Herzog, Prime Minister Naftali Bennett, and the Knesset Speaker.

Indian Prime Minister Narendra Modi visited Israel in 2017 to enhance bilateral relations between the two countries and the two nations have elevated bilateral relations to a Strategic Partnership since then. The relationship between the two countries has focused on expanding knowledge-based partnership, which includes collaboration in innovation and research, including boosting the Make in India initiative.

Jaishankar's visit will touch on various aspects of the bilateral relations between India and Israel further strengthening their partnership. The External Affairs Minister will interact with the Indian-origin Jewish community in Israel, Indologists, Indian students who are currently pursuing their education in Israeli universities, and business people including from the hi-tech industries.

"The visit will also be an occasion to pay tribute to the valiant Indian soldiers who laid their lives in the region, especially during the First World War," said Jaishankar.