After months of rumours and leaks, Apple held its highly-anticipated September event on Tuesday and unveiled a slew of products including the iPhone 13, Apple Watch Series 7, an all-new iPad mini, and more.

The wait for the new iPhone is over as the tech giant Apple has officially launched its new iPhone 13 and iPhone 13 Pro on September 14, Tuesday.

Soon after the launch, The Free Press Journal conducted a Twitter poll asking netizens which new feature of the iPhone 13 series has them excited the most. In the poll, 40% people said that are excited about the Apple's new and a faster A15 Bionic chip. 20% people said the improved camera made them excited. While 20% people were excited about the Super Retina XDR OLED displays.

The new series of Apple iPhone was announced at the company's California Streaming event. Apple has introduced iPhone 13 Pro as well as iPhone 13 Pro Max with an all-new Super Retina XDR display with ProMotion featuring an adaptive refresh rate up to 120Hz and comes in the same size as last year -- 6.1 and 6.7 inches.

In terms of design, the series is quite similar to the iPhone 12, but the notch is around 20 per cent smaller in width.

The iPhone 13 mini and iPhone 13 feature improved Super Retina XDR OLED displays with a 28 per cent increase in max outdoor brightness and a higher peak brightness for HDR content such as photos and videos.

Apple said that this "stabilizes the sensor instead of the lens so shots are more steady, while the custom-designed Ultra-Wide camera with a new sensor captures images with more detail in the dark areas of photos and videos with less noise." The iPhone 13 also introduced a new Cinematic mode feature, which records videos of people, pets, and objects with a depth effect and automatic focus changes. This is similar to the Portrait mode feature that has been available for still images.

Apple said that users can change the focus during and after capture, and adjust the level of bokeh in the Photos app and iMovie, reported 9to5Mac.

Apple is also introducing something that it calls Photographic Styles, which it describes as customized preferences and filters that intelligently apply the right adjustments to different parts of the photo to ensure the important elements, like skin tones, are preserved.

Apple also introduced the new iPhone 13 Pro and iPhone 13 Pro Max, its two flagship iPhones for the year. Similarly, there are few changes to the design with these devices, but you do get a slightly smaller notch and a much larger camera bump on the back.

The iPhone 13 Pro and iPhone 13 Pro Max are powered by the A15 Bionic processor and offer many of the same camera features as the non-Pro models, including Cinematic mode for video, Photographic Styles, and more.

The iPhone 13 Pro and Pro Max do have their share of exclusive features. Both models feature an Ultra-Wide camera with a 92 per cent boost in low light performance, auto-focus, and a 6-element lens. There are also some other camera features including Macro photography, Smart HDR 4, ProRes video recording and Night mode for all three cameras. 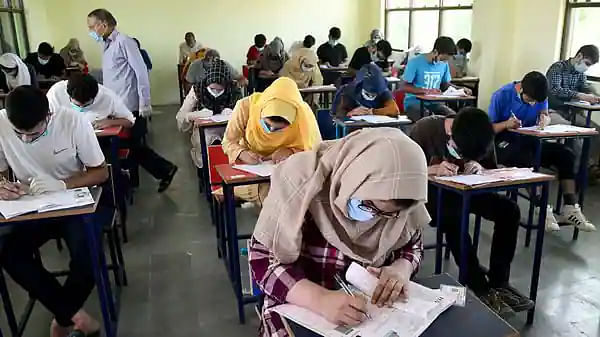