Earlier, users had the option to choose whether they wanted to share their data with Facebook, the owner of WhatsApp

New Delhi: The Competition Commission of India has ordered a probe into WhatsApp's new privacy policy following claims that excessive data collection or data sharing may have anti-competitive implications. The competition panel believes the messaging application's "take-it-or-leave-it" terms of service that include sharing data across categories with other companies owned by Facebook is unfair to users, apart from being exploitative and exclusionary. "Moreover, there appears to be no justifiable reason as to why users should not have any control or say over such cross-product processing of their data by way of voluntary consent, and not as a precondition for availing WhatsApp's service," the panel said in a report.

Earlier, users had the option to choose whether they wanted to share their data with Facebook, the owner of WhatsApp. However, with the latest update, every WhatsApp user has to mandatorily agree to such data sharing. However, WhatsApp explained that the update did not expand its ability to share data with Facebook, nor impact the privacy. Instead, the update provides more specifics on how WhatsApp works with businesses that use Facebook or third parties to manage their communications with users on the platform. Hence, the implications of such data sharing are minimal.

WhatsApp said the latest privacy policy was yet to be implemented and had been postponed to May 15. "Given that WhatsApp Messenger and Facebook Messenger are owned by the same group, they do not seem to be constrained by each other, rather adding on to their combined strength as a group," the Competition Commission of India said. It added that "given its popularity and wide usage, for one-to-one as well as group communications and its distinct and unique features, WhatsApp seems to be dominant" among over-the-top messaging applications. 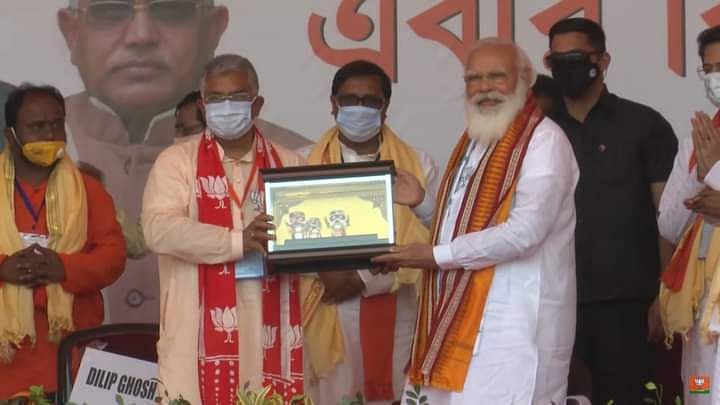 Whatsapp, Instagram was down for 50-55 mins, but development in West Bengal has been stopped for...

The new policy has also removed the 'opt out' option given to users earlier, the panel said, adding that they have to now mandatorily agree to sharing of their personalised data by WhatsApp with Facebook companies. This, the panel said, appeared to be "unduly expansive and disproportionate" as it included data related to transactions, payments, battery level, mobile operator, internet service provider, and time zone. WhatsApp claiming that the update intended to provide users with further transparency about how it collects, uses, and shares data also needs to be examined, it said.

The data sharing provision may also have "exclusionary effects" in the display advertising market, which has the potential to undermine the competitive process and creates further barriers to market entry besides leveraging, the Competition Commission of India said in the report.