HomeSports'Will move on to something else': Sourav Ganguly makes his exit as BCCI chief official

'Will move on to something else': Sourav Ganguly makes his exit as BCCI chief official

BCCI President Sourav Ganguly | Photo by AFP
Follow us on

Amid the chatter around his imminent departure from the BCCI, board president Sourav Ganguly on Thursday said he "can't be an administrator forever" and "rejections" are part of life.

The former India captain is set to be replaced as board president by 1983 World Cup winning-team member Roger Binny in the apex body's upcoming AGM (Annual general Meeting).

"You can't play forever. You can't be an administrator forever, but it's been fun doing both and seeing both sides of the coin. I will go for bigger things in future," Ganguly said on the sidelines of an event related to Bandhan bank.

After his name did not feature among options for the top post during a meeting of senior administrators with political clout in New Delhi last week, the Trinamool Congress (TMC) accused the BJP of "trying to humiliate" the former India skipper for not joining the party.

"Since the BJP floated such propaganda during and after the 2021 polls, it will surely be the responsibility of the party to respond to such speculations (that politics is behind Ganguly not getting a second term as BCCI chief). It seems the BJP is trying to humiliate Sourav," TMC spokesperson Kunal Ghosh said.

TMC MP Santanu Sen tweeted, "Another example of political vendetta. Son of @AmitShah can be retained as Secretary of #BCCI. But @SGanguly99 can't be. Is it because he is from the State of @MamataOfficial or he didn't join @BJP4India? We are with you Dada!" Ganguly first got into cricket administration as a secretary under Jagmohan Dalmiya at the Cricket Association of Bengal (CAB), before heading the state body after the veteran's death in September 2015.

"Life, achievements and progresses are about small goals, you don't become a Sachin Tendulkar, or an Ambani or Narendra Modi in one day.

"You have to spend your life, time, days, weeks, months working towards it. That's the key to success. If you decide that this is my job, this is my life, give everything you have for the rest of your life to be the best." Ganguly also spoke about the high points of his tenure as BCCI president.

"I thoroughly loved it. If you see the last three years, so many good things have happened. IPL during COVID, such difficult times for all of us in the country. We didn't know how to deal with it. The broadcast rights which went to an all time high.

"The U-19 (team) winning the World Cup. I wish the women won the Commonwealth Games gold, they were in a position to beat Australia. Senior team winning in Australia. Those were great moments as an administrator. But they returned with a silver which was still first.

"I hope they do well in Australia because it's a tremendous cricket team. There's so much talent, so much power, class in the side," he said, wishing Team India luck for the upcoming T20 World Cup.

"You expect them to win all the time. But the challenge of being a player was completely different. So you can't compare both." Ganguly said the challenges as a cricketer were more than being an administrator.

"I did eight years' of administration. I was president of the Cricket Association of Bengal, then became president of the BCCI, all these have tenures and you have to go after finishing it.

"But I feel the challenge as a cricketer was a lot more. When you do backroom work, sitting on tables and running the game, you have time to correct things.

"But if you nicked a delivery from Glenn McGrath on the first morning of a Test, you are out, you didn't have the time to correct it — I think that's the major difference.

"But when you do administration you realise that you contribute so much, you could make things better for a cricketer and me being a player who played for a long period of time, I understood that," he signed off. 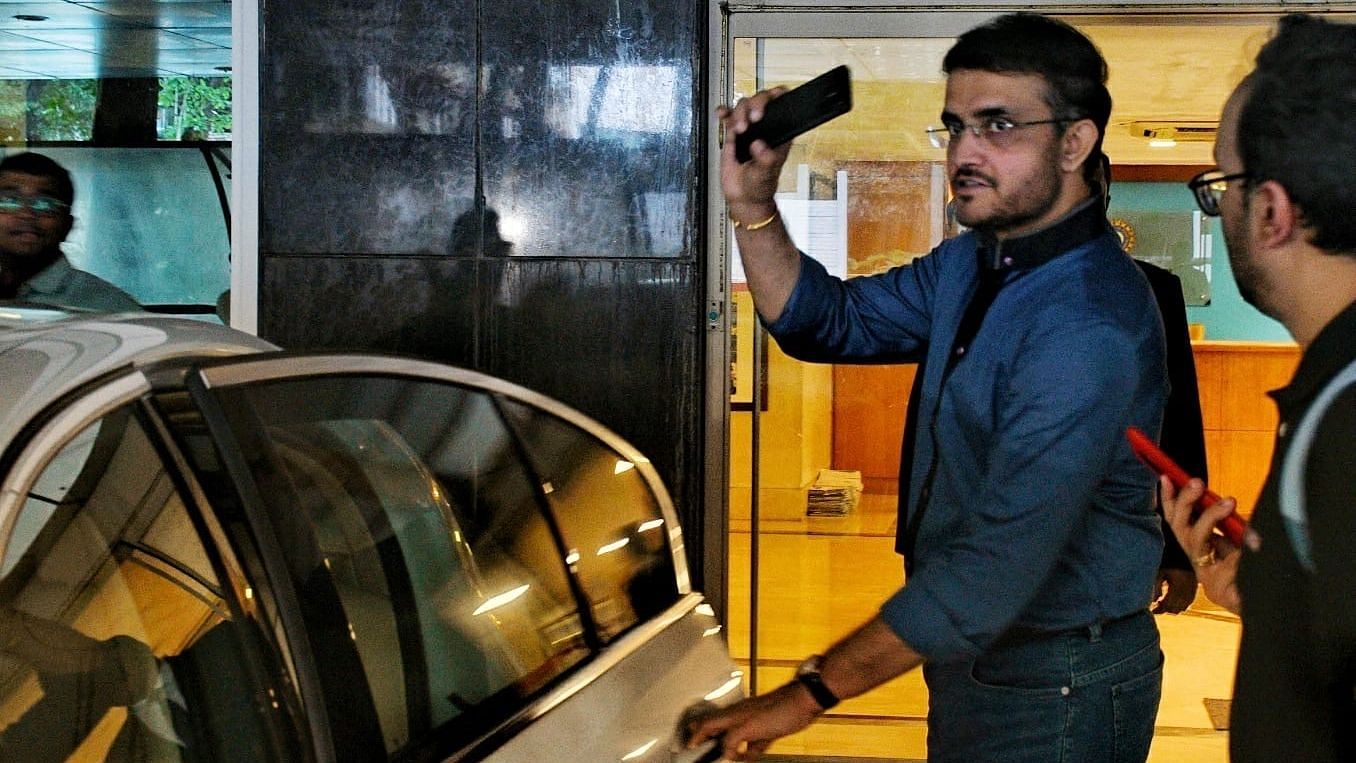