England cricketer Charlotte Dean on Monday broke her silence on her controversial run out in the match against India saying she will stay in the crease from now on.

Taking to her Instagram handle, Dean reacted to the 'controversial' runout and said, "An interesting end to the summer. What an honour it is to play at Lords in England colours. I guess I'll just stay in my crease from now on."

Earlier, Deepti Sharma said that it was a plan, but one that was developed only after numerous warnings to Dean. Sharma stopped in the middle of her bowling action and pulled off the bails at the non-striker's end to send Dean back to the pavillion and completing a 3-0 Indian victory over England in the series.

"It was a plan because we had warned her [for leaving the crease early] multiple times. We did things as per the rules and guidelines. We told the umpires as well, but she was there [outside the crease]. We couldn't do much," Deepti told reporters on her return to Kolkata on Monday.

Later, Injured England skipper Heather Knight hit back at the India all-rounder Deepti Sharma and accused her of "lying" and said that there were no warnings given to Charlotte Dean.

Knight took to Twitter and said, "The game is over, Charlie was dismissed legitimately. India were deserved winners of the match and the series. But no warnings were given. They don't need to be given, so it hasn't made the dismissal any less legitimate. But if they're comfortable with the decision to affect the runout, India shouldn't feel the need to justify it by lying about warnings," Knight further added in her tweet on Monday.

1/2 The game is over, Charlie was dismissed legitimately. India were deserved winners of the match and the series. But no warnings were given. They don’t need to be given, so it hasn’t made the dismissal any less legitimate… https://t.co/TOTdJ3HgJe

2/2 But if they’re comfortable with the decision to affect the run out, India shouldn’t feel the need to justify it by lying about warnings 🤷🏼‍♀️ https://t.co/TOTdJ3HgJe

Read Also
'We had warned her': Deepti Sharma on Mankading Charlotte Dean 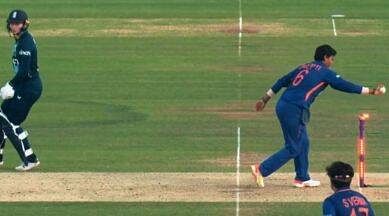