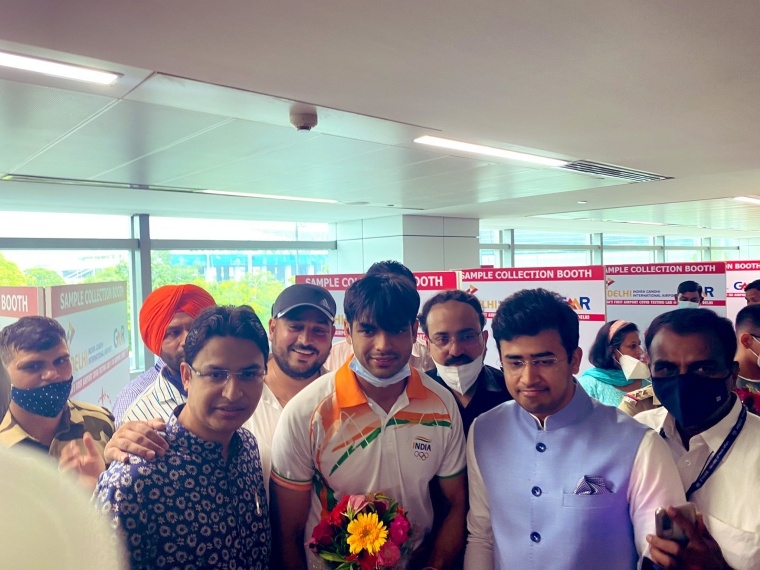 Tokyo Olympics gold medalist Neeraj Chopra on Monday returned to India from Japan and received a warm welcome at the Delhi Airport. The javelin thower was welcomed by a huge crowd outside the premises of airport.

After landing from Tokyo, the gold medalist was first welcomed by Bharatiya Janata Party MP Tejasvi Surya and was felicilated with flowers. As soon as Neeraj stepped outside the airport, a huge crowd had already assembled to cheer up the 23-year-old athlete. The police officials tried to control the crowd as they were trying to pounce on the athlete to congratulate him.

There was loud cheering by euphoric fans, family members, and some local political leaders as returning athletes made their way through a massive crowd both inside and outside the airport. People danced, sang and screamed their lungs out to show their appreciation for the medal winners.

Some were even seen doing push-ups and planks just outside the airport in their enthusiasm. The athletes were garlanded and presented with bouquets on arrival and were applauded by the airport staff as they made their way out to utter chaos.

However, Chopra was escorted till his vehicle and then left from the airport.

Apart from Neeraj other Indian athletes too returned to the country today and was greeted by frenzy and chaos at the airport where supporters jostled to catch a glimpse of their new sporting heroes.

The spotlight, however, is bound to target Chopra, whose gold was India's first in 13 years overall and the first ever in the track and field events. 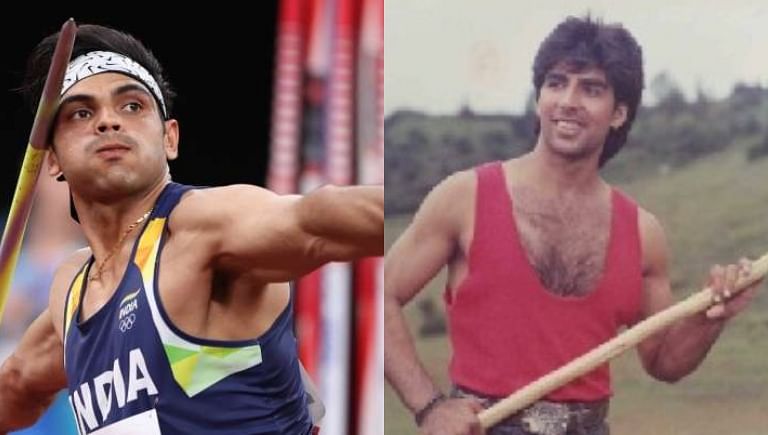