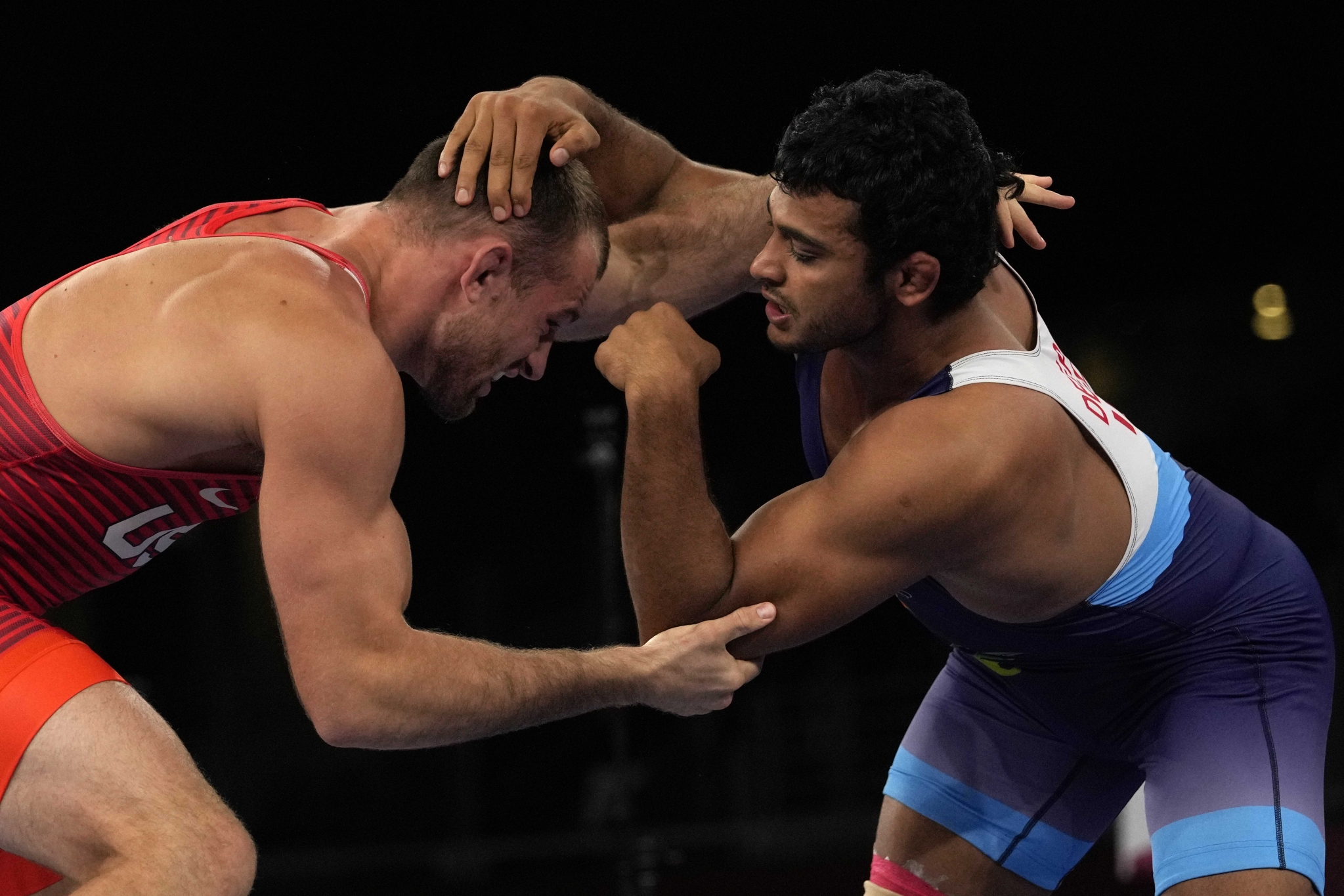 Tokyo [Japan]: Grappler Deepak Punia was not able to win a bronze medal in the men's freestyle 86kg category at the Tokyo Olympics after suffering a defeat at the hands of Myles Amine of San Marino here at the Makuhari Messe Hall A Mat B on Thursday. Punia suffered a 2-4 defeat on the basis of points in the bronze medal match.

In the first period, Punia went on to take an early 2-0 lead and the pressure was on his opponent. In the same period, Amine scored one more point to bring the scoreline to 2-1 and a crucial three minutes were in store.

However, Punia lost control in the dying minutes of the game and he had to come back empty handed.

Earlier on Thursday, Ravi Dahiya settled for silver after going down against the Russian Olympic Committee's (ROC) Zavur Uguev in the men's 57 kg freestyle category at the Tokyo Olympics.

Uguev dominated the match and didn't give any chance to the Indian grappler to come out with flying colours as India lost the chance to win its first gold medal in wrestling. Despite starting off cautiously Uguev got off the mark and doubled his lead within seconds. (ANI)