In a statement released by Cricket Australia on Friday, Paine has told the board that he will quit as captain, effective immediately.
FPJ Web Desk 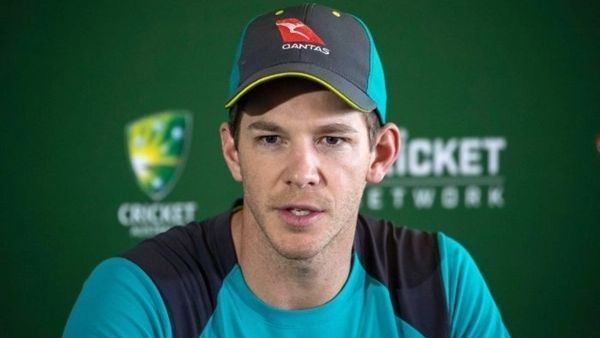 Tim Paine has resigned as the captain of Australian Test team after being investigated by Cricket Australia over sending a co-worker an explicit image of himself along with a string of lewd messages.

In a statement released by Cricket Australia on Friday, Paine has told the board that he will quit as captain, effective immediately.

Paine explained his decision and said he "openly participated" in the investigation conducted by the Cricket Australia (CA) Integrity Unit investigation.

"Today, I announced my decision to stand down as the captain of the Australian men's test team. It's an incredibly difficult decision, but the right one for me, my family, and cricket," cricket.com.au quoted Paine as saying.

The former Australia Test skipper "deeply regretted" the incident and said he was "enormously" grateful to his wife and family for the forgiveness.

"I'm deeply sorry for the hurt and pain that I have caused to my wife, my family, and to the other party. I'm sorry for any damage that this does to the reputation of our sport," he added.

England and Australia will lock horns in the five-match Ashes, beginning December 8 at the Gabba, Brisbane.

Paine remains "committed" to play for Australia in the upcoming Ashes.

"And I believe that it is the right decision for me to stand down as captain, effective immediately. I do not want this to become an unwelcome disruption to the team ahead of what is a huge Ashes Series," said Paine.

"I will remain a committed member of the Australian cricket team and look forward with anticipation to what is a huge Ashes tour," he added.

Richard Freudenstein, the chairman of Cricket Australia said: “Tim felt it was in the best interests of his family and Australian cricket to take this decision to step down as captain.

“The Board has accepted Tim’s resignation and will now work through a process with the National Selection Panel of identifying and appointing a new captain.”