In the Thomas Cup, India had finished second behind China in their group and thus faced a tough opponent in Denmark.
IANS 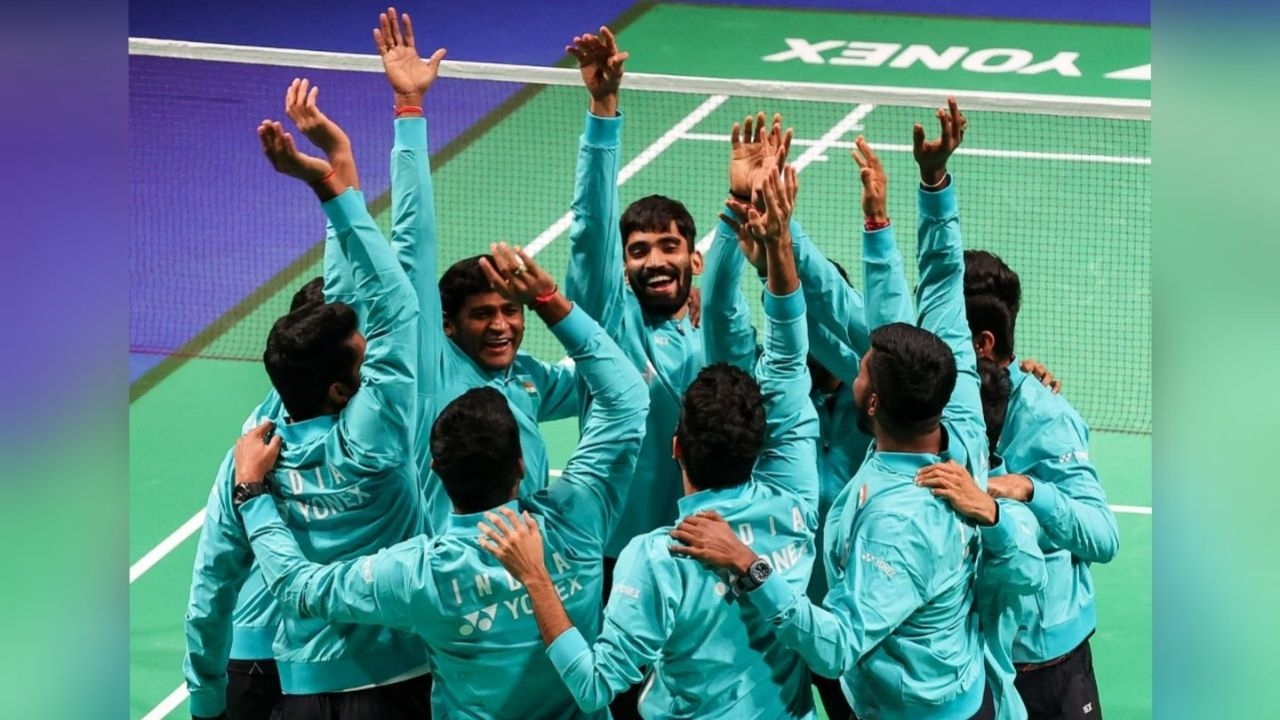 Aarhus: India's campaign in the 2021 Thomas and Uber Cup Finals came to a disappointing end on Friday with the men's team losing 1-3 to hosts Denmark in their quarter-final encounter.

In the Thomas Cup, India had finished second behind China in their group and thus faced a tough opponent in Denmark. Though on paper, India had the ammunition to beat Denmark but it all depended on the singles players -- Kidambni Srikanth and B Sai Praneeth. Winning two singles and one doubles through Satwiksairaj Rankireddy and Chirag Shetty would have given India the victory that they were hoping for.

But things did not go like India had hoped as both Srikanth and Praneeth lost their matches and though Rankireddy and Shetty won the first doubles, MR Arjun and Dhruv Kapila lost to the experienced Danish paoir thus ending India's hopes in the quarter-finals.

Former World No. 1 Srikanth was up against current No 2 in the rankings, Viktor Axelsen but 21-12, 21-13 in a 38-minute encounter. Rankireddy and Shetty made it 1-1 by defeating Kim Astrup and Anders Skaarup Rasmussen 21-16, 17-21, 21-18 in a hard fought match that went on for over an hour. The Indian pair is ranked 10th in the World while the Danish combination is 15th and the scoreline reflected the small gap between the two pairs.

However, India's hopes of an upset victory were shortlived as Sai Praneeth went down 8-21, 18-21 to Andrea Antonsen, currently ranked third in the World. Down 1-2, India's hopes depended on MR Arjun and Dhruv Kapila but they found the Danish pair of Mathias Christiansen and Frederik Sogaard too strong to handle and lost in straight games. Arjun and Dhruv went down 10-21, 9-21 in 40 minutes.

That defeat sealed Denmark's victory with Sameer Verma's match against Rasmus Gemke having no bearing on the semi-final.

The Indian women's team had already made its exit from the Uber Cup at the same quarter-final stage, losing 3-0 to Japan on Thursday.